Here’s what happened on Tuesday in the Trump-Ukraine scandal 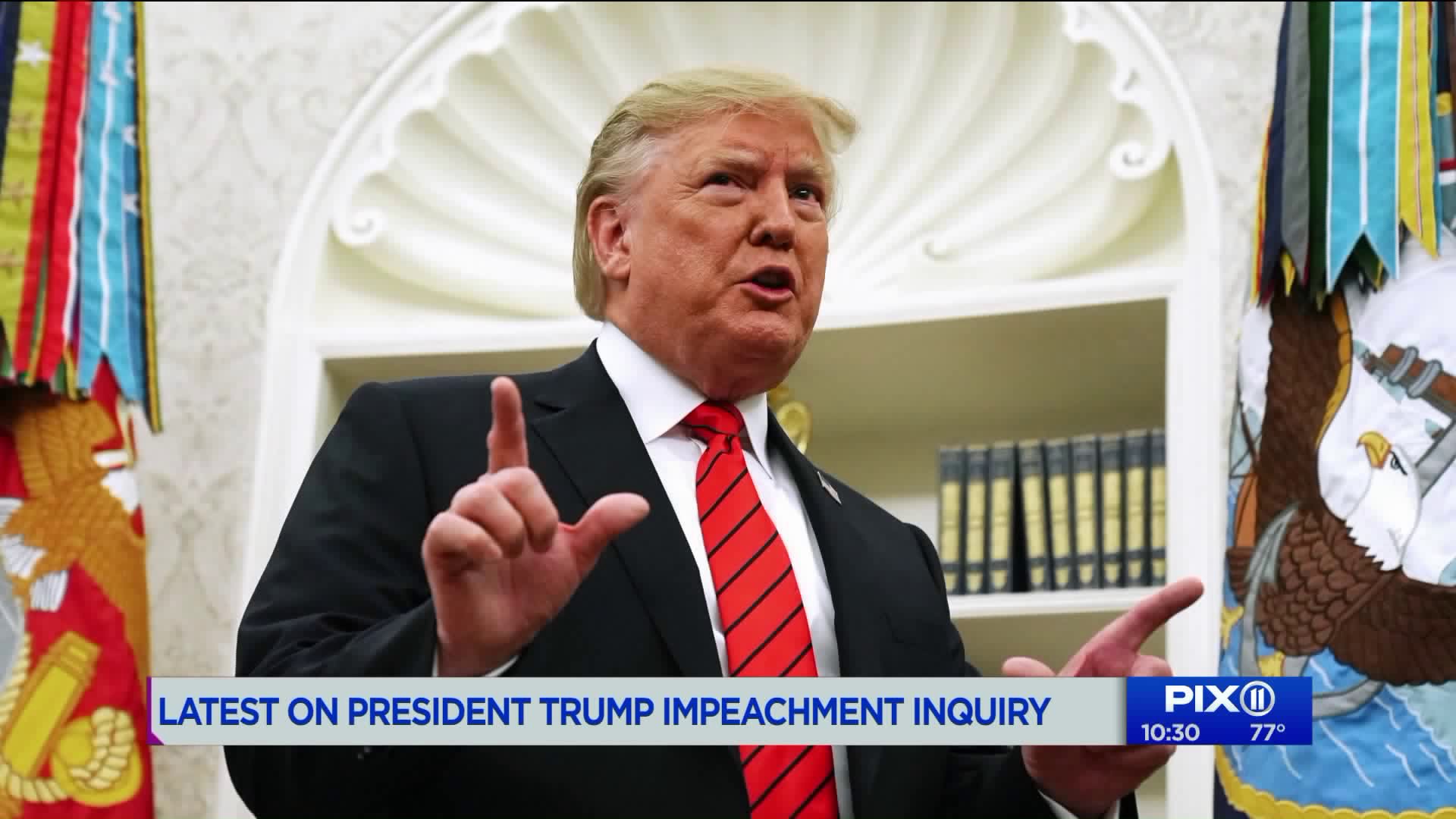 Here's what you need to know:

The State Department's inspector general requested an urgent briefing with senior congressional staff members after Pompeo pushed back on House Democratic demands to turn over documents related to Ukraine and to depose current and former State officials, according to sources briefed on the matter.

Some key context: A whistleblower complaint released last week alleges Trump abused his official powers "to solicit interference" from Ukraine in the 2020 election and that the White House took steps to cover it up. Trump has denied any wrongdoing.

There is no evidence of wrongdoing by Joe or Hunter Biden.

The House committees investigating Trump and Ukraine have delayed one of those depositions planned for this week, according to an aide, but former US Special Envoy to Ukraine Kurt Volker will appear Thursday.

The aide said the testimony of former US Ambassador to Ukraine Marie Yovanovitch, which had been scheduled for Wednesday, would now occur Oct. 11, following an agreement between the committee's and the former ambassador's counsel.

Three committees -- the House Foreign Affairs, Intelligence and Oversight panels -- have scheduled the depositions as part of their probe into whether Trump solicited help from a foreign government to dig up dirt on his political opponent.

Yovanovitch and Volker were two of the five depositions that the committees have scheduled during the next two weeks while Congress is on recess.

Giuliani hires a Watergate prosecutor as his attorney in impeachment inquiry

Florida attorney Jon Sale, who worked as an assistant prosecutor on the legal team investigating the Watergate scandal, is representing Giuliani in the matter of the congressional impeachment inquiry, both of them confirmed to CNN on Tuesday.

Giuliani was subpoenaed on Monday by the three committees in the House of Representatives investigating Trump's interactions with the Ukrainian government. The subpoena requests documents and correspondence from Giuliani related to Ukraine.

Sen. Chuck Grassley, the chamber's most senior Republican and a longtime defender of whistleblowers, rebuked Trump when he said the whistleblower at the center of the impeachment inquiry "appears to have followed the whistleblower protection laws and ought to be heard out and protected."

His comments mark a clear departure from Trump and his allies, who in recent days have repeatedly maligned the whistleblower's motives and pushed to reveal the individual's identity.

Ukrainian President Volodymyr Zelensky said he has never met with Giuliani, as Zelensky finds himself in the middle of an American political firestorm.

"I never met Rudy Giuliani -- never. And never had any phone calls with him," Zelensky said Tuesday at a news conference in Kiev.

According to the White House transcript of the July 25 call between Trump and Zelensky, the Ukrainian President said he was aware of Giuliani's efforts to uncover information that would help Trump politically, and Trump encouraged Zelensky to speak with his lawyer because Giuliani "very much knows what's happening."

Pompeo on Tuesday accused lawmakers of "intimidating and bullying" State Department officials by calling them for depositions related to the Ukraine inquiry.

"I'm concerned with aspects of the Committee's request that can be understood only as an attempt to intimidate, bully, & treat improperly the distinguished professionals of the Department of State, including several career FSOs," he tweeted.

The comments prompted House Democrats to issue a stark warning to the top US diplomat. The chairmen of the House Intelligence, Foreign Affairs and Oversight committees told Pompeo that any effort to prevent those officials from speaking to Congress "is illegal and will constitute evidence of obstruction of the impeachment inquiry."

CNN reported Monday that Pompeo was on Trump's July call with Zelensky despite previously denying knowledge of the whistleblower complaint.