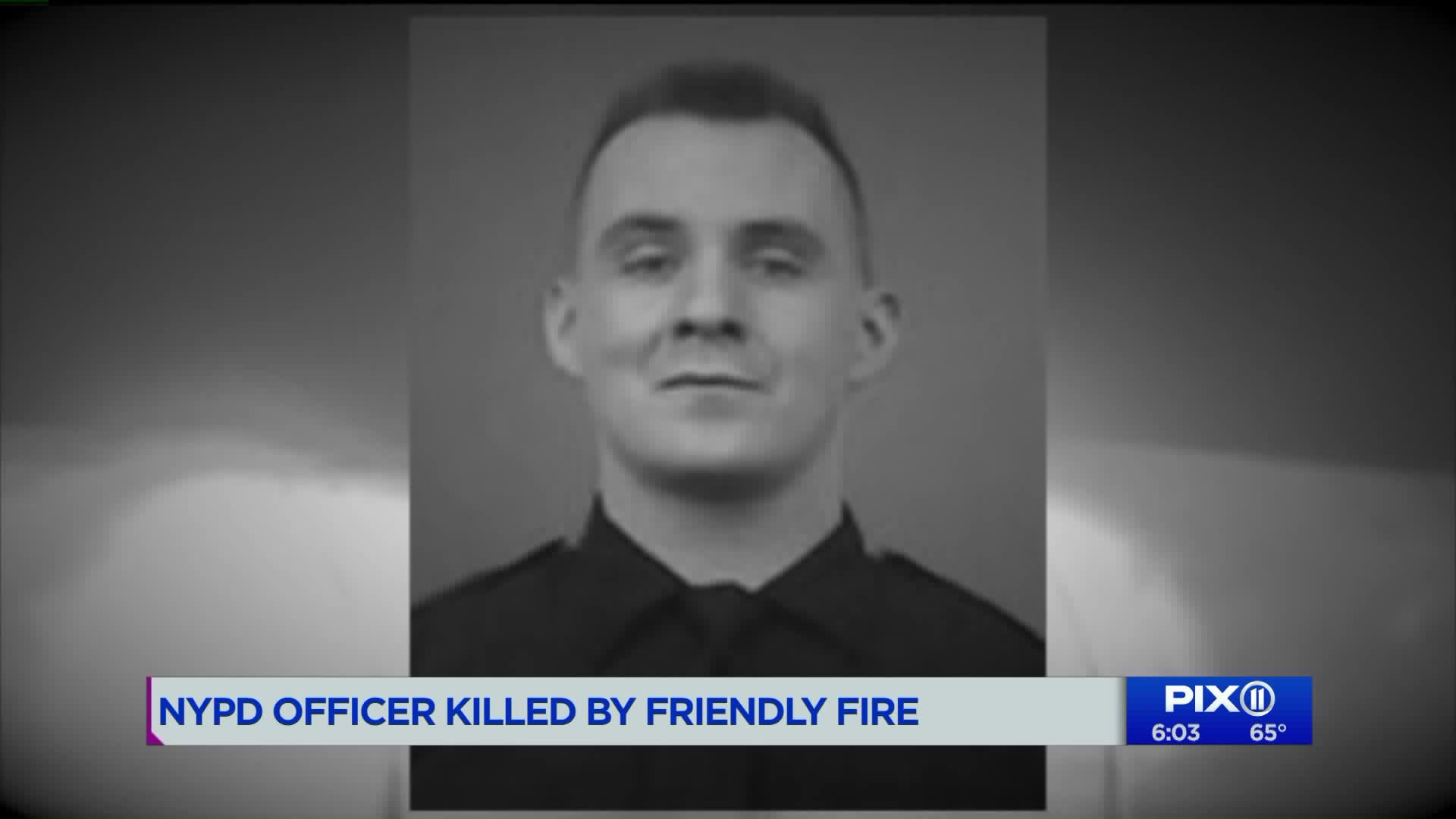 THE BRONX — Just an hour before NYPD officer Brian Mulkeen was fatally shot in the Bronx early Sunday, he was joyfully singing to the radio with colleagues as they drove through the city, according to a video posted to Facebook by a colleague.

His colleague, Bryan Mayhon, wrote: "Myself driving, Mulkeen in my passenger seat... this video was taken in the last hour of Brian Mulkeen's life."

"Little did we know that we were driving into a shootout that would end tragically. I wish I knew that this was the last song we would sing together. The last time we would be 98 together. The last gun we would grab together. Watch over us up on those country roads, I know your [sic] home," Mayhon added,

Mulkeen was killed by "friendly fire" while in a struggle with a suspect in the early hours Sunday morning.