One person dead in Harlem shooting in broad daylight 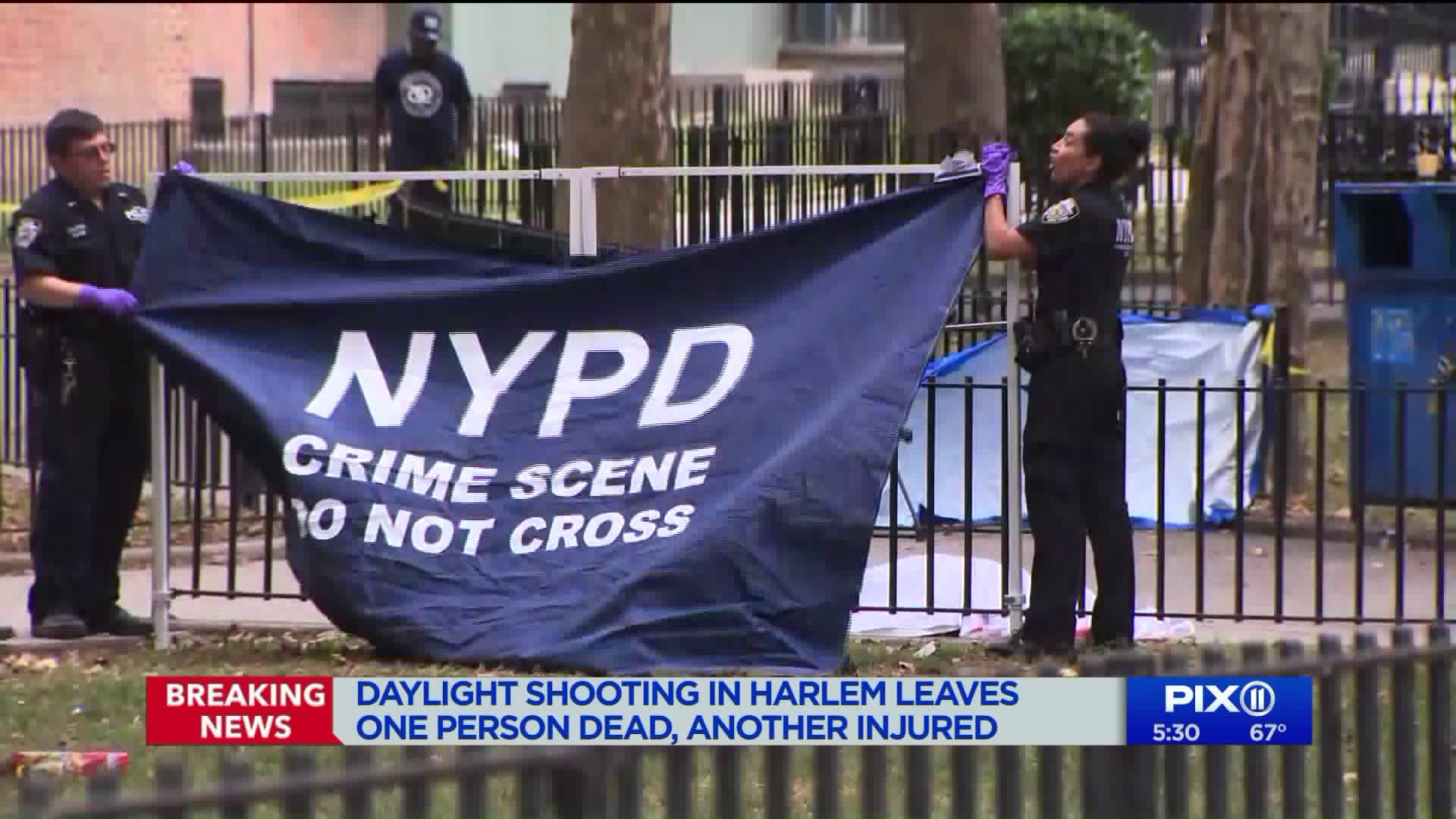 Shirley Chan reports from breaking news in Harlem, where two people were shot one fatally in broad daylight.

HARLEM — Two people were shot in broad daylight on 5th Avenue in Harlem Monday and one of them is dead.

The shooting occurred outside the Taft Houses at 1:49 p.m. Monday.

A 24-year-old man was found unresponsive and unconscious with a gunshot to his head, police said. He was pronounced dead at the scene. A 21-year-old man was taken to the hospital after being shot in the right leg, cops said.

The suspect fled the scene. Police are investigating.