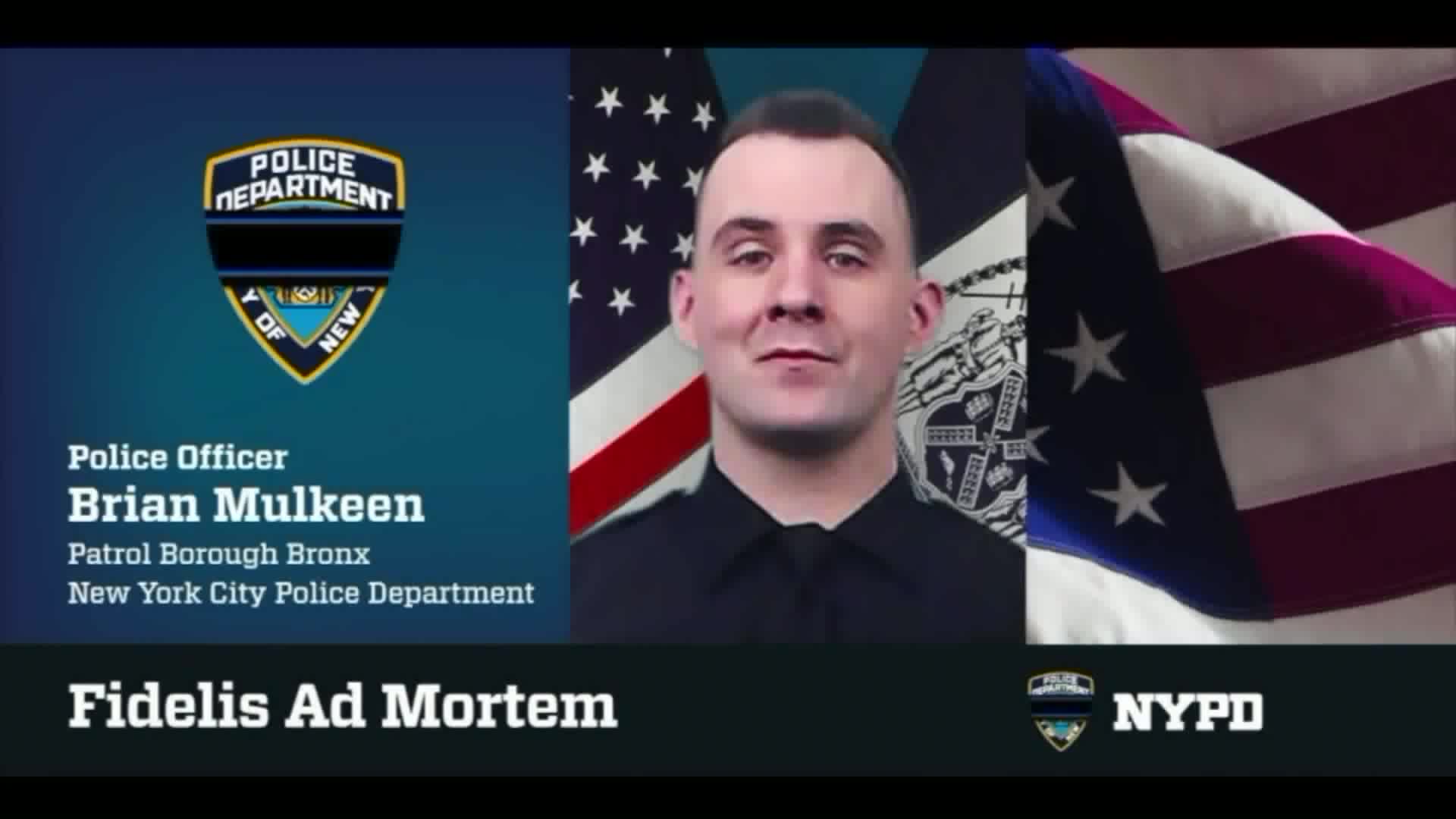 An NYPD officer was fatally shot in the Bronx early Sunday, and a suspect was later shot dead, NYPD Chief of Department Terence Monahan said.Officer Brian Mulkeen, 33, was shot three times, officials said. He`d been with the NYPD for more than six years. 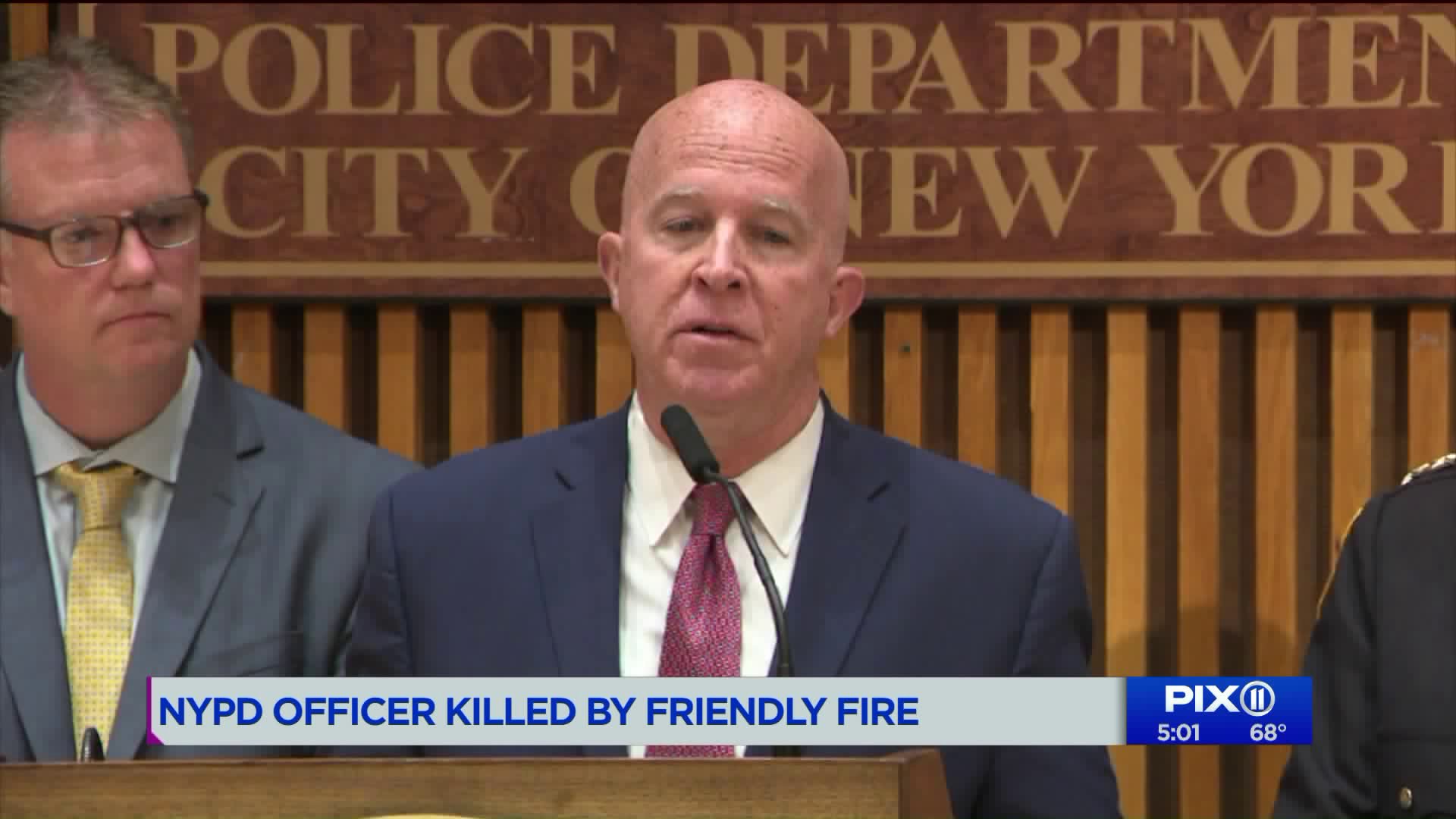 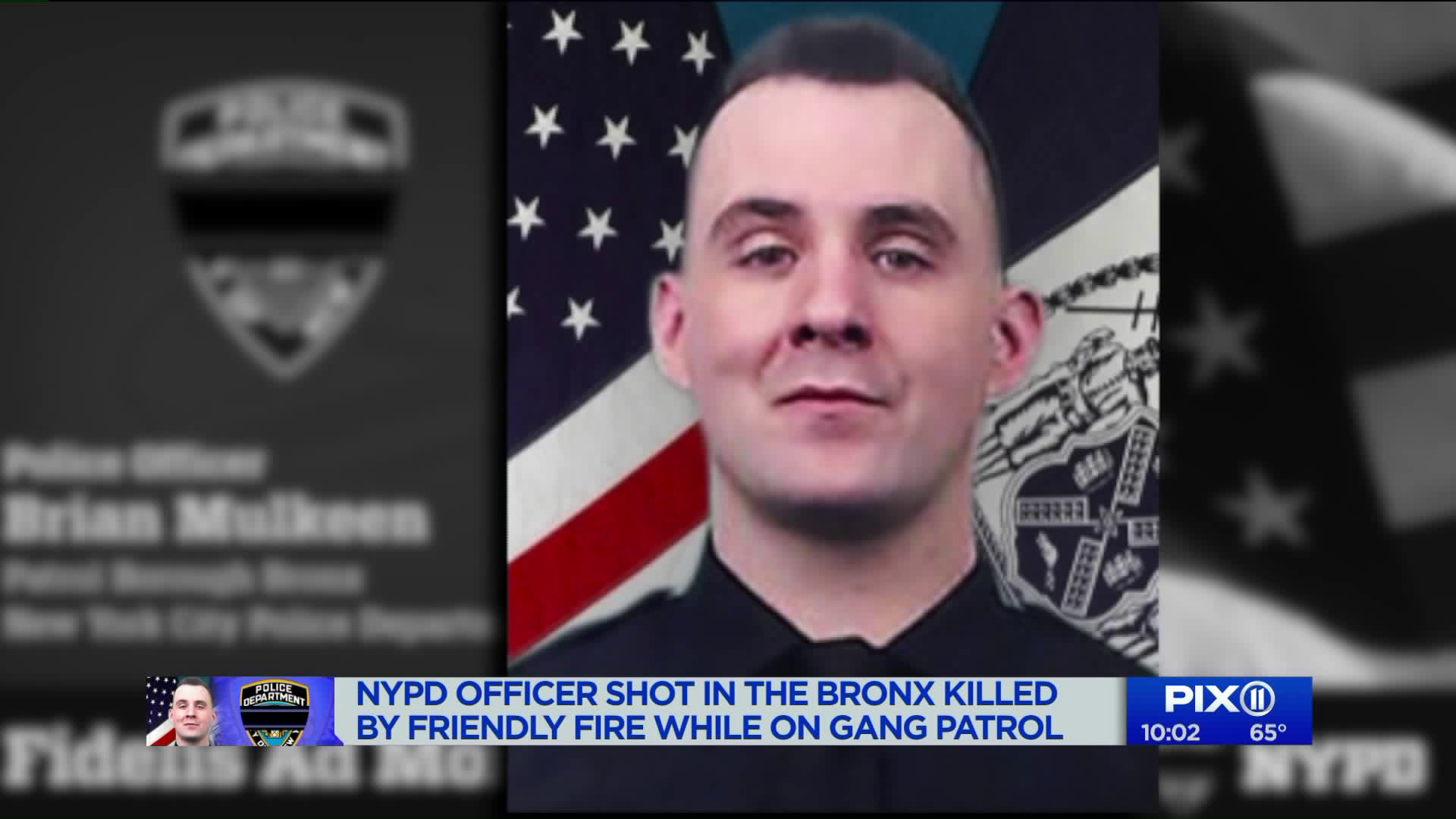 NEW YORK — Fellow officers, first responders and others paid respect on Monday to NYPD Officer Brian Mulkeen, who was shot and killed over the weekend in the Bronx, in what officials confirmed was a "tragic case of friendly fire."

Mulkeen, 33, was shot overnight on Sunday during what police described as a "violent struggle" with an armed man, who was also fatally shot. The medical examiner found the officer was shot in his head and torso.

"Make no mistake, we lost a life of a courageous public servant solely due to a violent criminal who put the lives of the police and all the people we serve in jeopardy," O'Neill said Monday.

The suspect, identified by police as Antonio Williams, had a .32-caliber revolver that is not believed to have been fired.

Mulkeen and his partner were patrolling the streets around the Edenwald Houses, investigating gang activity, which included recent shootings in the area, when O'Neill said Mulkeen initiated a chase with Williams, who was carrying the allegedly illegal firearm.

Mulkeen's body was transported from the city medical examiner's office to a funeral home in Monroe on Monday.

AIR11 followed the vehicle on the trek that lasted about an hour and a half; colleagues lined the streets to salute their fallen comrade, and others wishing to pay their respects saluted on the sides of streets and atop bridges along the route.