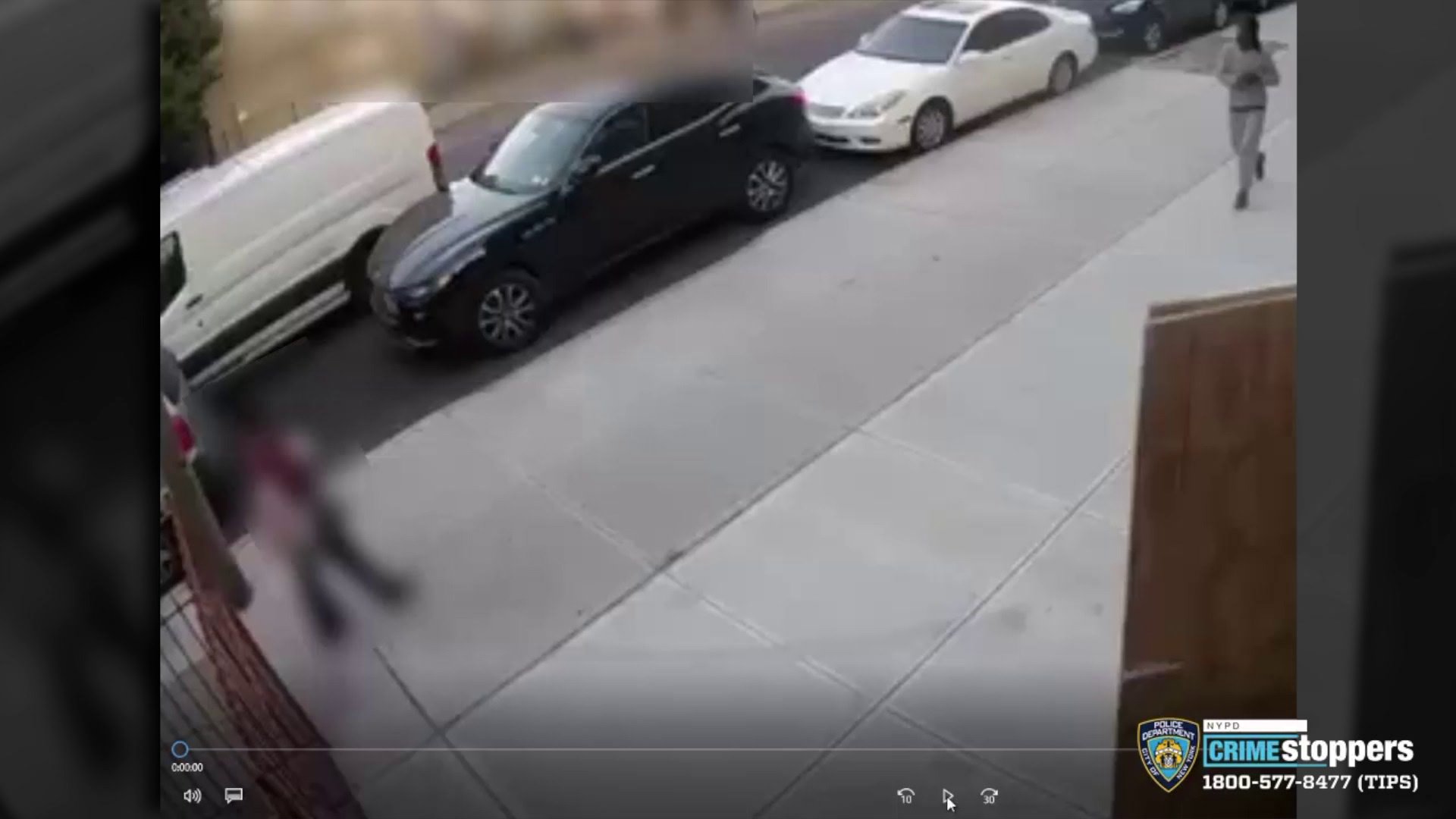 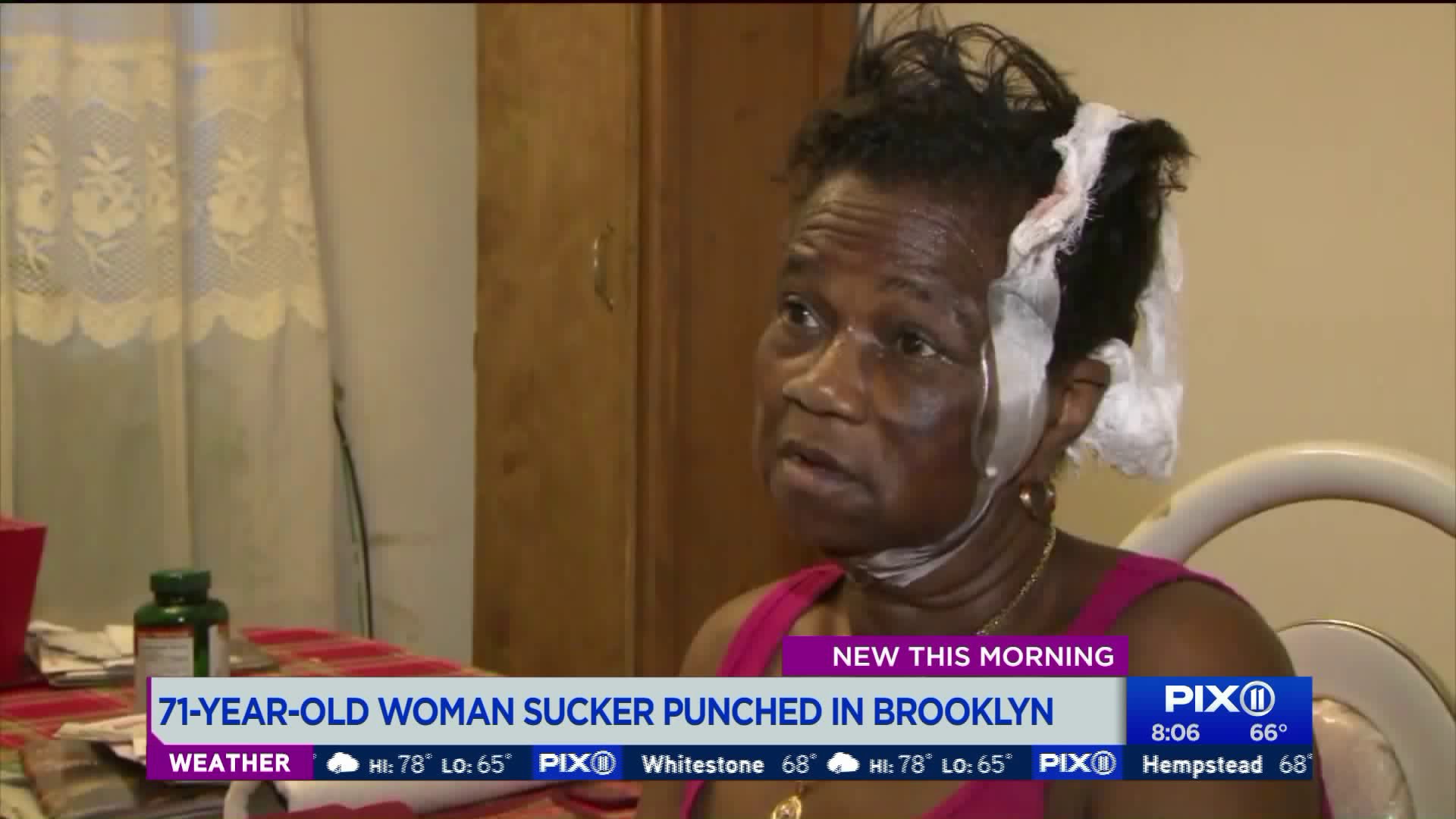 PROSPECT LEFFERTS GARDENS, Brooklyn — A man is wanted for sucker punching a 71-year-old woman in Brooklyn in September, police said.

Joan Baptiste was walking home around 5:30 p.m. Thursday, Sept. 19 when an unidentified man suddenly punched her in the face, knocking her to the ground, according to authorities.

Baptiste, who's lived in Brooklyn for 26 years, told PIX11 she was walking home from her job as a day care worker when she was attacked.

The grandmother of eleven said she doesn't remember anything from the incident and that she initially thought she fell. A worker from a deli nearby came to help her, she added.

Her attacker fled in an unknown direction, police said.

Baptiste was taken to NYC Health + Hospitals/Kings County in serious but stable condition, where she was treated for a broken jaw and lacerations to the mouth, requiring stitches, the NYPD said.

She said she had surgery last Friday and couldn't eat solid food for two weeks.

Baptiste said she doesn't know if she'll ever go back to work.

Anyone with information in regard to the identity of this male is asked to call the NYPD's Crime Stoppers Hotline at 1-800-577-TIPS (8477) or for Spanish, 1-888-57-PISTA (74782). The public can also submit their tips by logging onto the CrimeStoppers website at WWW.NYPDCRIMESTOPPERS.COM, on Twitter @NYPDTips. All calls are strictly confidential.