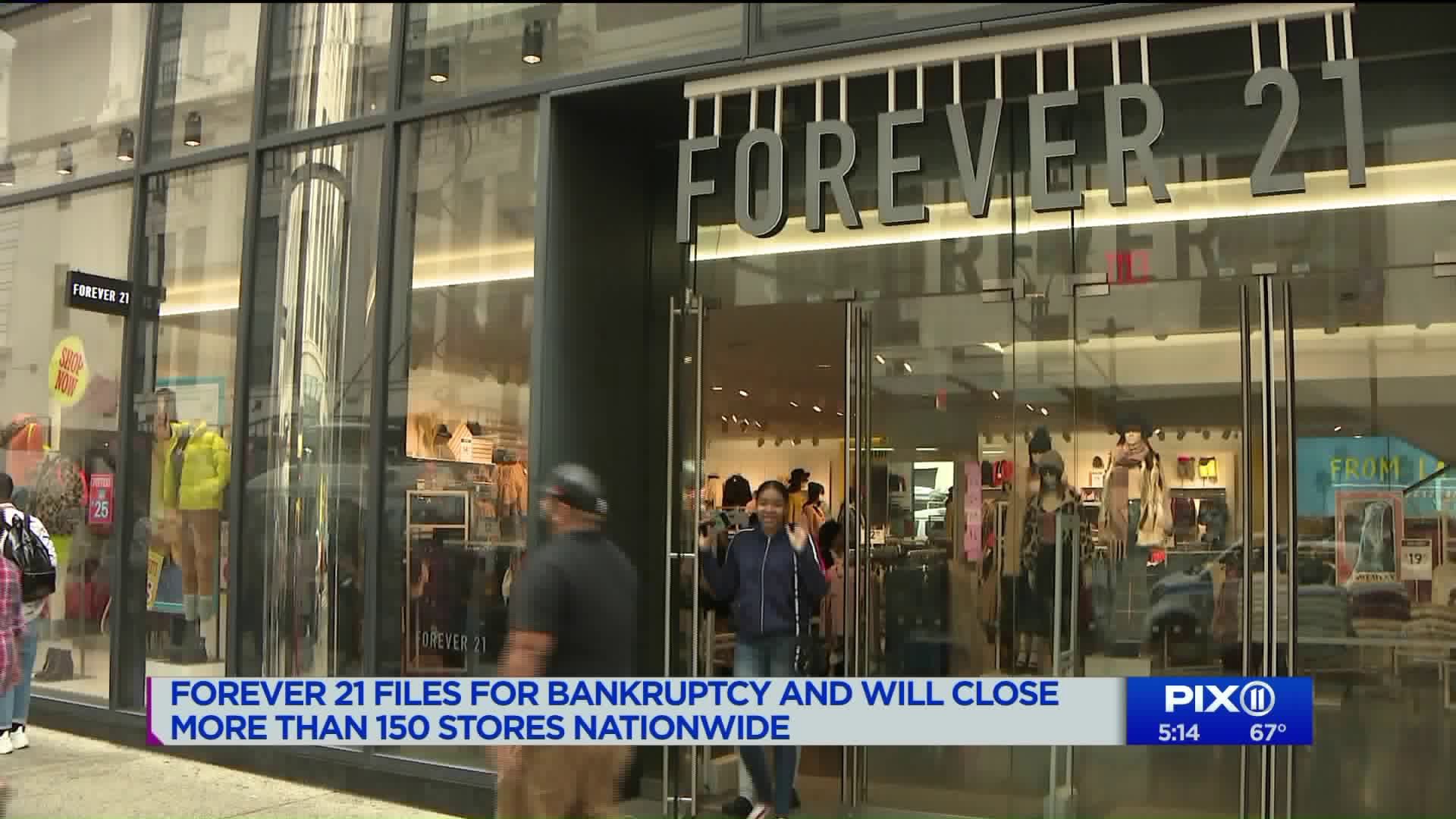 Forever 21, the teenage clothing emporium that rode America's mall boom and bust, has filed for bankruptcy.

The chain said it is planning to overhaul its global business, closing between 300 and 350 stores, including as many as 178 in the United States. It also plans to exit "most of its international locations in Asia and Europe." The company, which currently has 549 US stores and 251 in other countries, will continue to operate in Mexico and Latin America.

In a letter to customers on Sunday night, the company said that decisions about which US stores would close were continuing, "pending the outcome of continued conversations with landlords."

"We do however expect a significant number of these stores will remain open and operate as usual, and we do not expect to exit any major markets in the US," the company said.

The ability to get out of leases and close stores at lower cost is a keyadvantage that the bankruptcy process affords to retailers.

Linda Chang, executive vice president for the company, said in a news release that filing for Chapter 11 bankruptcy is "an important and necessary step to secure the future of our Company, which will enable us to reorganize our business and reposition Forever 21."

Forever 21 said it has obtained $275 million in financing from JPMorgan Chase, as well as $75 million in new capital from TPG Sixth Street Partners that would allow it to operate "in a business as usual manner" during the restructuring. Its Canadian subsidiary has also been granted protection from creditors.

The retailer is just the latest to run into trouble amid the rise of online shopping that has cut foot traffic to malls and brick-and-mortar stores. High debt levels and rent costs have also burdened traditional retailers.

In recent years, even healthy retailers have closed stores and struggling ones have filed for bankruptcy.

"Retailers relying on debt to finance their growth have always been particularly susceptible to slowdowns," said Greg Portell, lead partner in the global consumer and retail practice of retail consulting firm A.T. Kearney.

So far this year, retailers in the United States have announced more than 8,200 store closings, already exceeding last year's total of 5,589, according to Coresight Research. Payless and Gymboree both filed for bankruptcy for a second time, closing nearly 3,000 stores between them.

Further retail shutdowns are expected to pile up and may reach 12,000 by the end of 2019, Coresight predicts.

Forever 21 was founded in 1984 in a small Los Angeles store by South Korean immigrants Do Won Chang and his wife, Jin Sook. The chain expanded quickly in suburban malls, and catering to young girls and women with a mix of inexpensive basics. The company perfected the fast-fashion model, drawing in customers with its frequently updated mix of clothes than what was offered at department stores or single brands.

"We get new merchandise in every day. With most mall stores, it's usually one or two days a week,'' a store manager said in 2001. "We always have the newest styles.''

The chain built massive stores, like its four-story, 90,000-square-foot flagship with 151 fitting rooms in the heart of New York's Times Square. And while many retailers started paring back their network of stores in recent years, Forever 21 kept adding stores as recently as 2016.

Traditional brick-and-mortar retailers that specialize in selling clothes to teens and young adults have struggled in recent years, as fashion cycles shorten and younger buyers shift from the mall to online purchases.

"The combination of fast fashion and accelerating supply chain speeds have exacerbated that risk by increasing the chances that a retailer reads the trends wrong and misses multiple trend cycles," said Portell.

Many retailers have run into trouble after being purchased by private equity firms or hedge funds, which piled on debt. Forever 21, by contrast, is still owned by its founders.