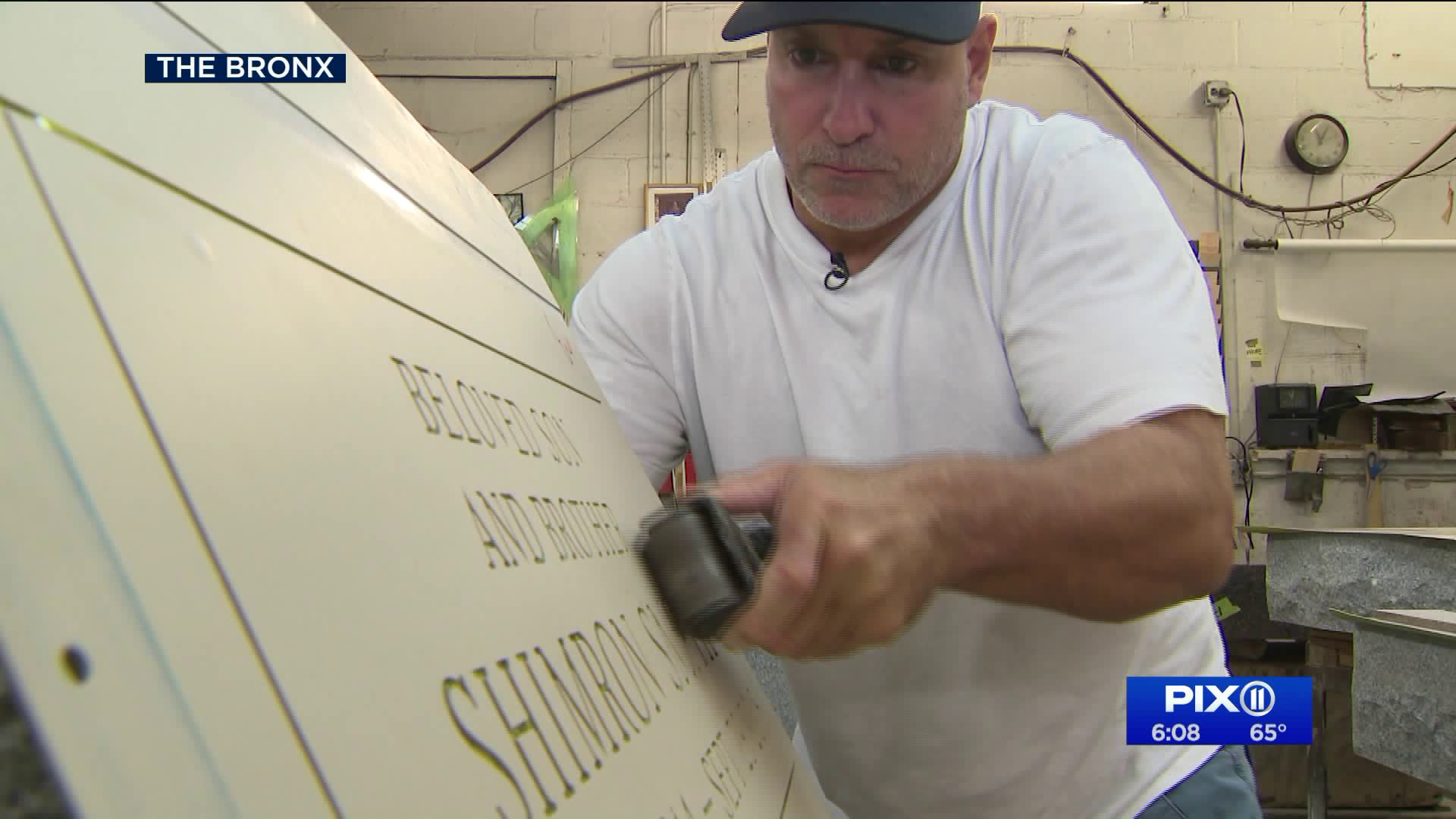 As the first anniversary of the child`s death was approaching, his mother made a plea for help. Mary Murphy has the emotional story.

THE BRONX — The Bronx owner of a monument company granted a grieving mother her dearest wish: a headstone for the grave of her 4-year-old son, Shimron Smith, who was killed in a terrible family tragedy last September.

The first anniversary of the child’s death was Sunday, September 29th, and the businessman—who asked to remain anonymous—got the job done five days early.

The little boy’s mother, Odessa Frith, had told her incredibly painful story for the first time to PIX11.

She remembered how her 20 year old son, Shawn Smith, had been diagnosed with schizophrenia in April 2018.

He was hearing voices and acting erratic.

The mother of six had arrived in Brooklyn from Guyana in late 2017, living with her sister for a time in a Brooklyn apartment on Nostrand Avenue, before bills stopped being paid and the lights were turned off.

The son with schizophrenia had also stopped taking his medication.

In the early hours of September 29, 2018, Odessa Frith said she woke up to find Shawn and little Shimron missing from the apartment.

When she ran downstairs, she saw police lights and a crowd of people.

Frith was brought to the local precinct in Brooklyn and her daughter took a phone call.

“She said, ‘Mommy, Shawn throw Shimron off the building,” the mother recalled through sobs in July this year.

PIX11 stayed in touch with the mother, who had moved to Queens with assistance from the city and Shimron’s school.

She told us it would mean so much to her if she could secure a headstone for Shimron’s grave, before the first anniversary of the child’s death.

PIX11 started making calls and learned a Bronx company would be willing to donate the stone.

A worker at the monument firm, Ray Birsher, told us he was incredibly moved when he learned about Odessa’ family story.

“It was just heartbreaking,” Birsher said, “because I think mental illness touches everyone’s family, in some way or another.”

A stencil was prepared to etch Shimron’s name on the 300 pound granite stone from a quarry in Barre, Vermont.

Then, the name and the dates of his birth and death were sandblasted into the stone, before getting a final polishing.

The stone was finished on Monday, September 23rd and transported to Canarsie Cemetery in Brooklyn the next day.

Shimron’s remains were buried in the “baby grave” section.

Odessa Frith went to the cemetery on Sunday, September 29th, with her oldest daughter.

The mother sat before the stone, sweeping her right hand over Shimron’s name over and over.

She also asked her late son if he forgave Shawn and asked him to “watch over your brother,” who remains on Rikers Island charged with murder.

Odessa Frith said she couldn’t bare to stay at the gravesite more than 15 minutes.

But she was grateful for the kindness of a stranger that made sure her son’s name will always be remembered.