Who was NYPD Officer Brian Mulkeen? 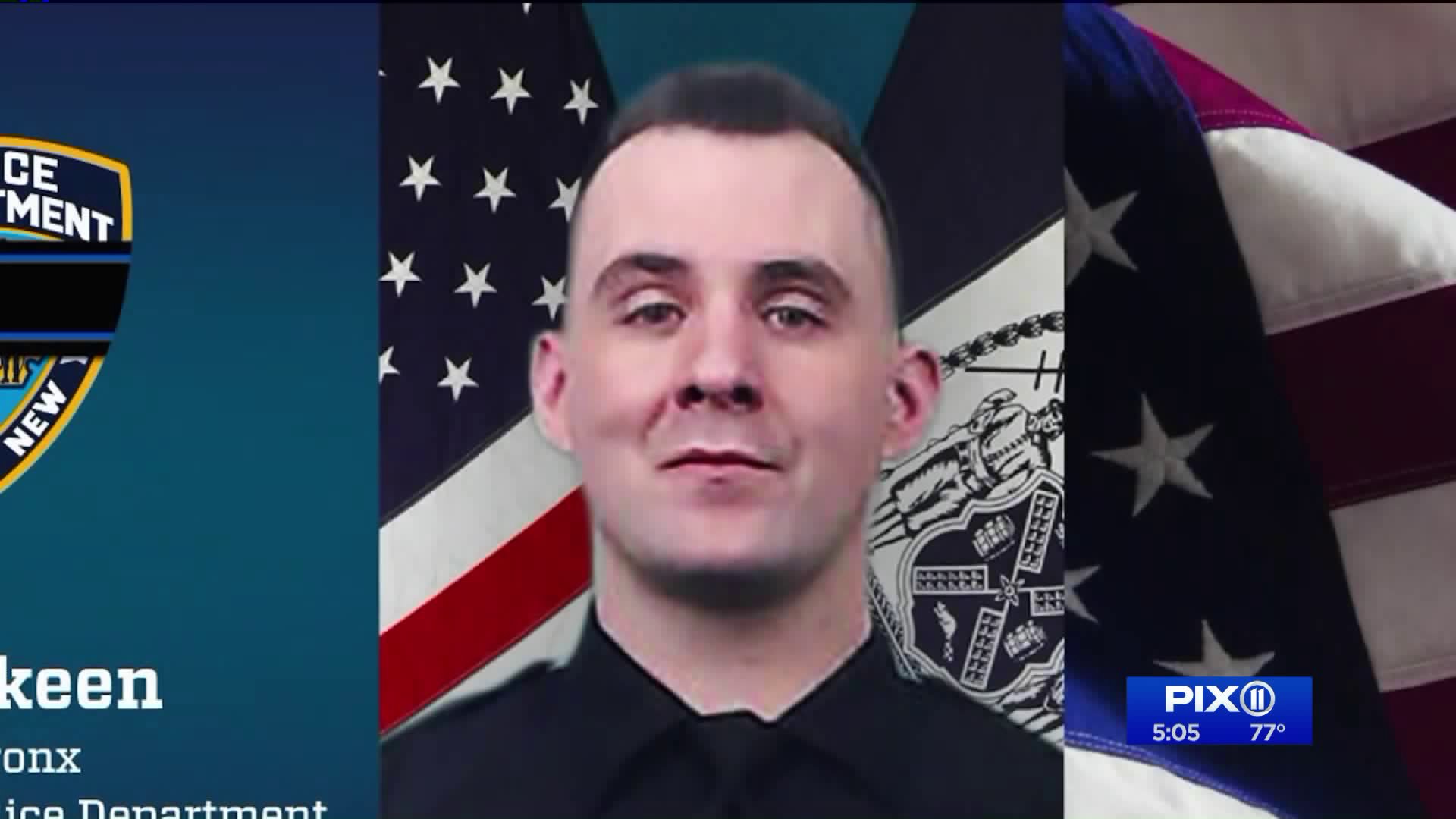 An NYPD officer killed as he grappled with an armed man early Sunday in the Bronx was identified as a six-year veteran with the department.

EDENWALD, the Bronx — An NYPD officer killed as he grappled with an armed man early Sunday in the Bronx was identified as a six-year veteran with the department.

Officer Brian Mulkeen, 33, was shot three times, possibly with his own gun.

"We lost a hero this evening," Mayor Bill de Blasio said at a news conference outside Jacobi Medical Center in the Bronx.

Mulkeen worked out of the 47th precinct. He lived with his girlfriend, an NYPD police officer in the Bronx's 44th precinct.

He was patrolling the streets around a city apartment complex at around 12:30 a.m. as part of a unit investigating potential gang activity, Chief of Department Terence Monahan said.

Mulkeen and his partner tried to apprehend a man who had fled questioning, and a struggle on the ground ensued, Monahan said.

Monahan called the officer "brave," and said he was "doing the job we asked him to do, a job that New Yorkers needed him to do."

"In fact, just last night he arrested a man in possession of a gun in the very same precinct where he would later be killed this morning," he tweeted. "It’s heroic cops like him, across our nation, who refuse to allow violence & disorder to rule."

I had the honor of being Officer Brian Mulkeen’s instructor at the academy in 2013, where Brian was chosen as a leader for his company #13-09. He was a natural leader, courageous & honest. Brian inspired his team to greater feats & will never be forgotten. RIP my friend & #Hero pic.twitter.com/0814BMoOjB

The track and field program at Fordham University in the Bronx posted that Mulkeen was an alumnus, and had recently become a volunteer coach. The program said that as a student, he was part of the 2008 team that won the Metropolitan Outdoor Track & Field  Championship, a first for the program.

“The Fordham family has lost one of its own to senseless violence today. Brian Mulkeen went out into the world to do exactly what we expect of our alumni—be a man for others—and he was slain in service to the local community,” said Joseph M. McShane, S.J., president of Fordham. “Our hearts go out to Brian’s family and loved ones, and to his fellow officers. I know the Fordham community joins me in prayer for the repose of Brian’s soul, and for his family and loved ones as they mourn his untimely death.”

New York Gov. Andrew Cuomo, at an unrelated event, said Mulkeen "made the greatest sacrifice. He put his life on the line and he lost it in service to the people of this city."

PIX11 contributed to this report.