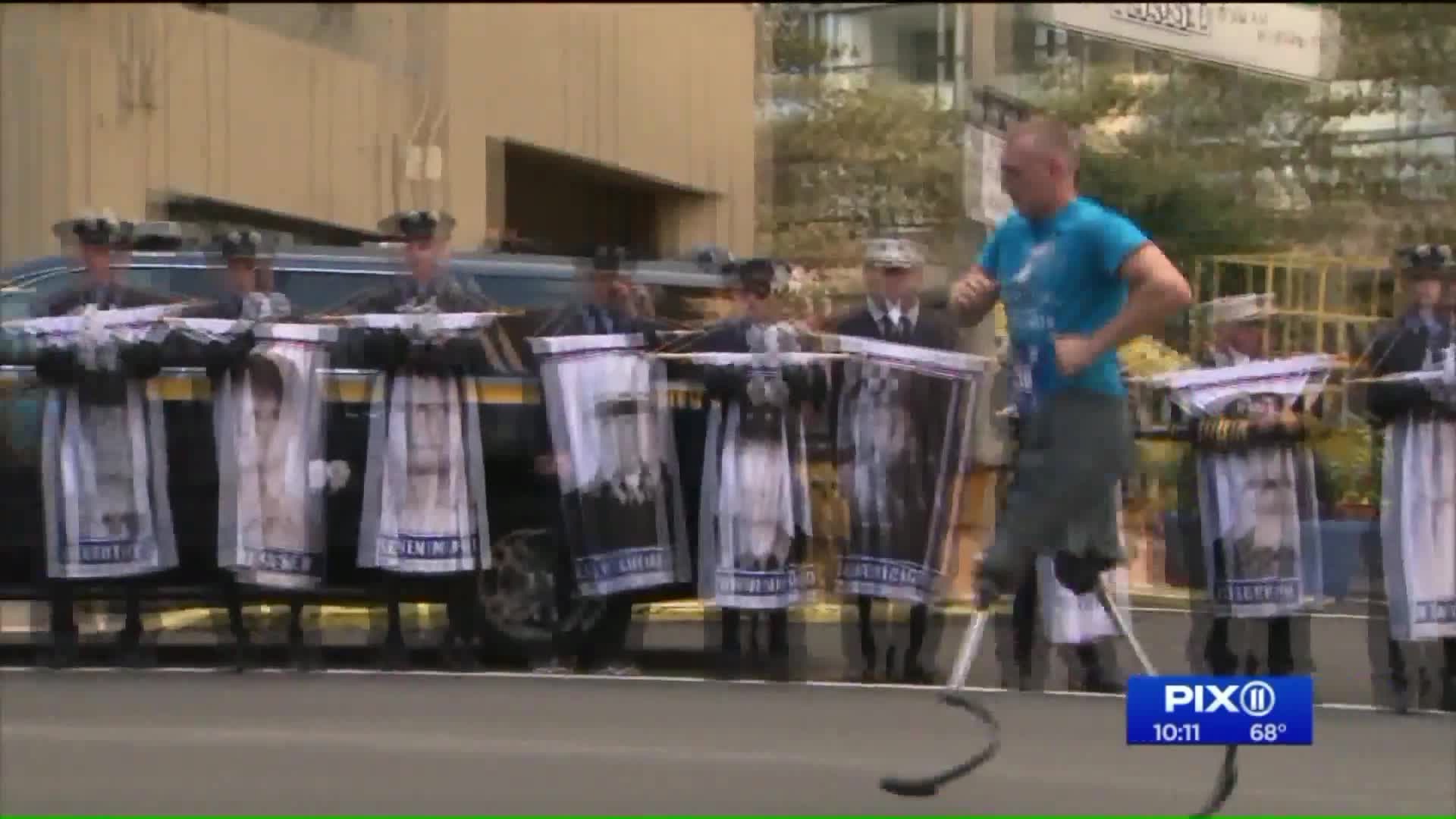 Thousands of runners took part in the annual Tunnel to Towers 5K Run and Walk in New York City.

Sunday's event was hosted by the Stephen Siller Tunnel to Towers Foundation. The race retraces the footsteps of Siller, a firefighter who was killed on 9/11 after running in full gear through the Battery Tunnel to ground zero.

The foundation raises money for wounded vets and families of fallen first responders.