Oceanside teen Khaseen Morris, who was killed in brawl, laid to rest Saturday 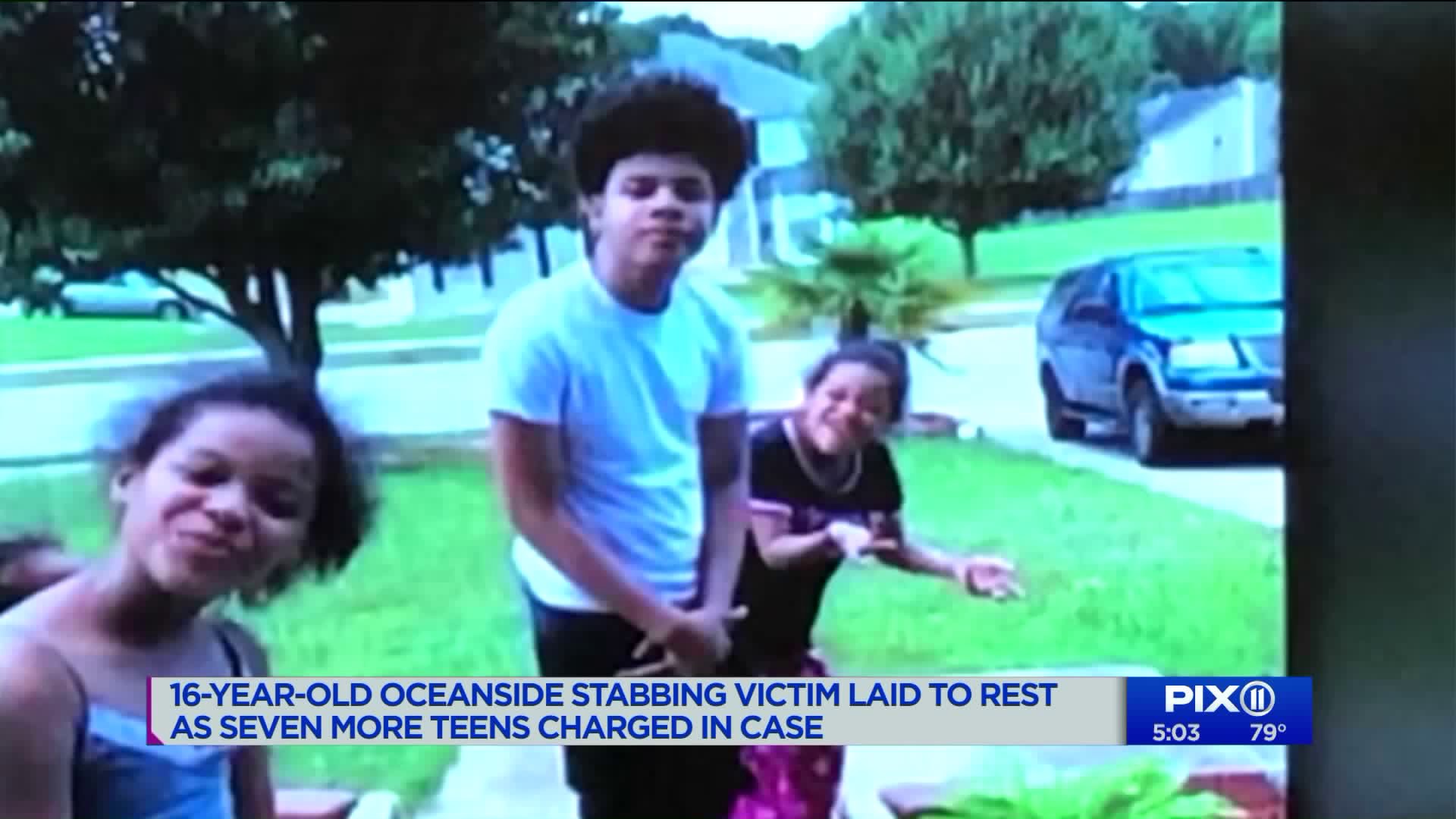 Funeral services for Khaseen Morris were held Saturday the day after seven teenagers were arrested in connection with an after-school brawl that left a 16-year-old boy dead on Long Island, police said Friday.

Khaseen Morris, the 16-year-old killed in an after-school brawl on Long Island, was laid to rest Saturday, after police made several more arrests in his death.

“I saw him right before it happened wish I would have told him to stay home," said Khaseen's sister. “Everything about my brother I’m going to miss.”

A montage of beautiful memories dedicated to 16-yr old Khaseen Morris, killed earlier this month on LI during brawl. He was laid to rest today; same day 7-teens were charged w/gang assault in the connection to his death. An 18-year was also charged /murder. More at 5p @PIX11News pic.twitter.com/rJWj88gVqg

With a heavy heart, she wore purple to her brother's funeral — his favorite color.

Investigators said Morris’ life was cut short after school Sept. 16th after a massive brawl that started over a girl. They say he was stabbed to death at s strip mall in Oceanside. It was caught on video and posted on social media.

Seven teenagers were arrested in connection with the after-school brawl where Morris lost his life, police said Friday.

Though the teens face charges of gang assault, Long Island authorities said there is no gang problem in the community.

Tyler Flach, 18, was arrested on a murder charge days after, officials said. Flach was allegedly “an associate” of the girl’s ex-boyfriend, who may have been jealous over Morris’ friendship with the girl.

Since then, police had been asking anyone involved or anyone who witnessed the incident to come forward.