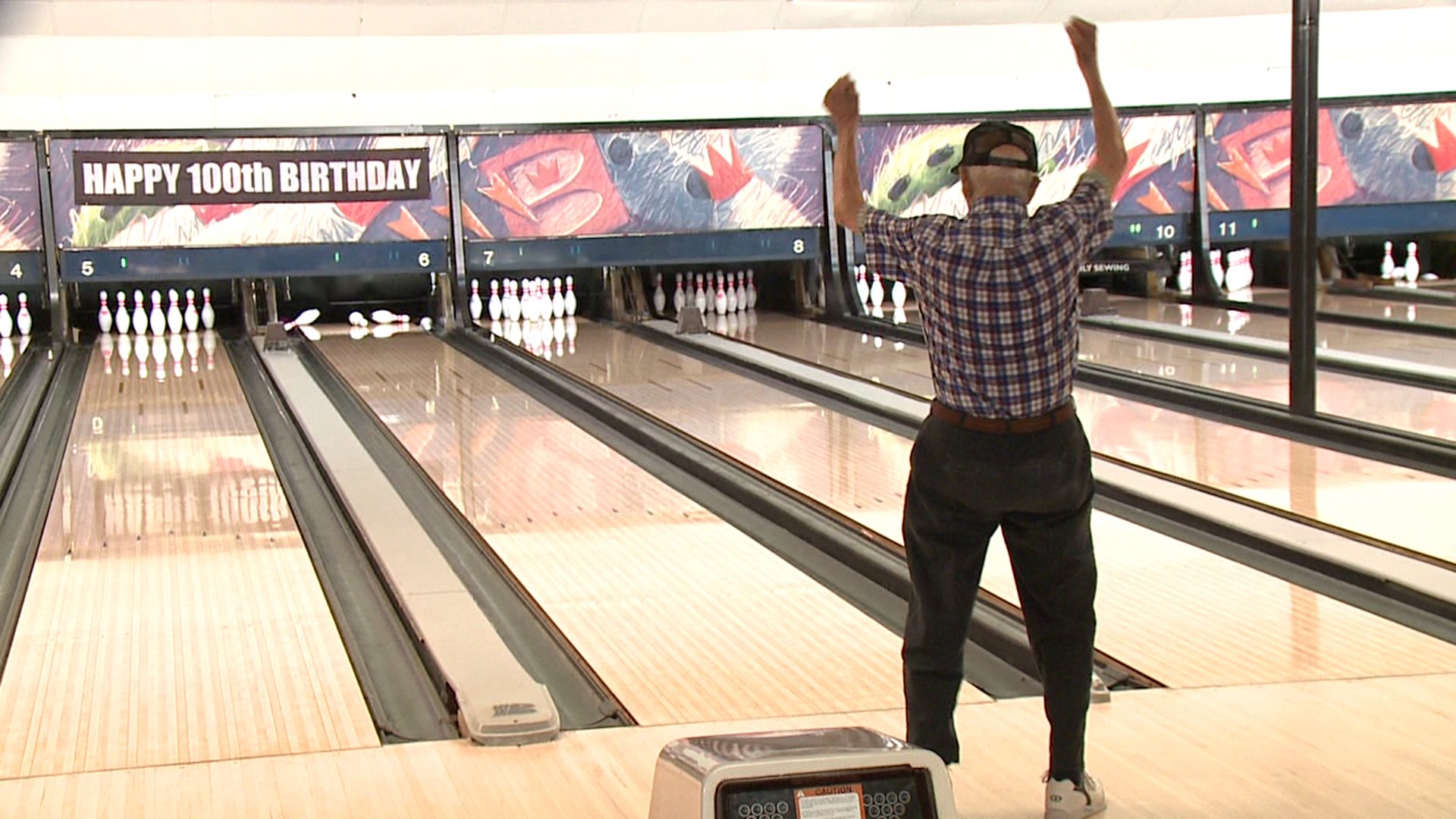 This story was initially published by PIX11 sister station WXMI

WYOMING, Mich. — On Thursday afternoons at Park Center Lanes, the senior bowling league meets to crack the ball against the pins.

This Thursday, there was something a little more special in the air.

"There are very few 100-year-olds. I feel like I am pretty lucky." John Sinke told WXMI.

Sinke knew his birthday celebration was coming, but he didn't realize how big of an event it would be. From the bowling cake to the "happy 100th birthday" banner hanging over his lane, and a special bowling pin commemorating his milestone, John was happy to celebrate with friends and family.

There were two things Sinke was hoping for during his birthday celebration; to beat his son and to continue to bowl a score above his age.

Sinke has been through a lot in his life, including fighting in World War II, being a decorated firefighter in Grand Rapids, surviving a heart attack and being hit by an ambulance.

While he wasn't able to give out the secret to a long life, he did say it runs in the family. Sinke said his mother lived until she was 97 and all his sisters lived into their 90s.

Bowling has been in his life for nearly 50 years and now it is something to get him out of the house. While his scoring has slowed, he can still compete with the best of them, bowling a 200 just last April.