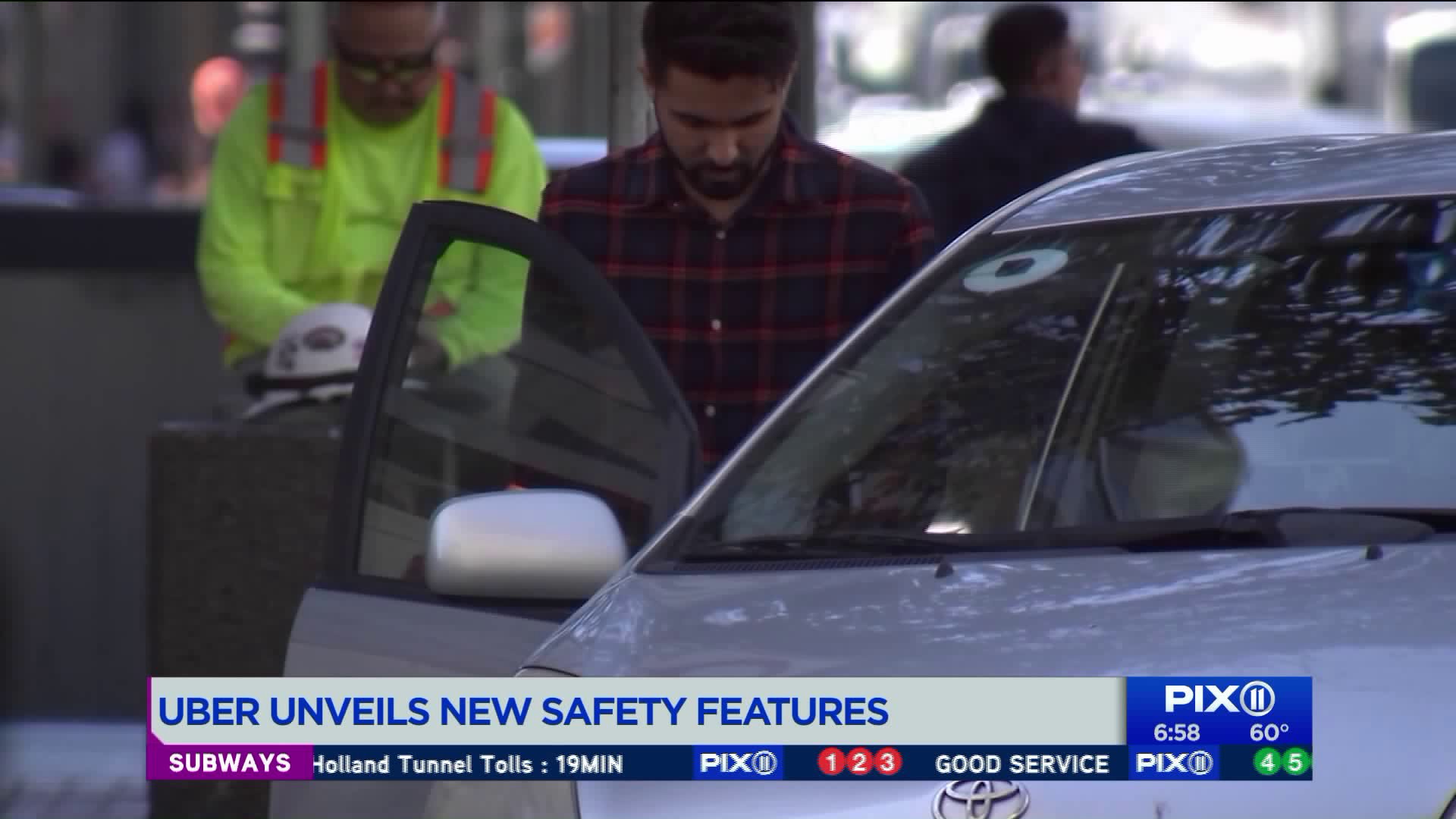 Uber is upping security as the ride-share company unveils new safety features that make it easier for riders to make emergency calls, ensure their driver is who they say they are, and making sure they`re in the right car.

NEW YORK — Uber announced a slew of new features coming soon to the company's ride-share app on Thursday, including many focusing on rider, and driver, safety.

A new feature using a four-digit PIN code helps riders verify the person who picks them up is in fact their driver. Riders will choose a unique PIN number and verbally tell it to their driver, who has to then enter it before the trip can begin.

To make sharing your PIN even easier, we’re testing wireless technology🌀that will share your PIN directly with your driver. pic.twitter.com/NIqcrNmzv6

Another feature will allow riders to report a safety issue or incident during their trip, discreetly. Users will no longer have to wait until after their trip to report problems to the company.

Uber added an emergency button to the app last year, connecting both riders and drivers directly to 911 in case of an emergency. Now, they're adding a "text to 911" feature that allows riders (and drivers) the ability to send a text message to 911, in cities and countries that support the technology. The feature will automatically draft a message that includes the car's make and model, license plate number and location so that 911 operators can respond faster and with more accuracy.

We’re piloting a new way for riders in select markets to contact 911 via text, straight from the Uber app in the event of an emergency. pic.twitter.com/VFgHU6EKLm

Additional security measures include improved driver identify verification and bike lane alerts, sending a notification to riders if they're being dropped off near a bike lane.

Look out for the new features in the Uber app in coming months.