‘They’ve been trying to silence us!’ Columbia’s marching band gets banned 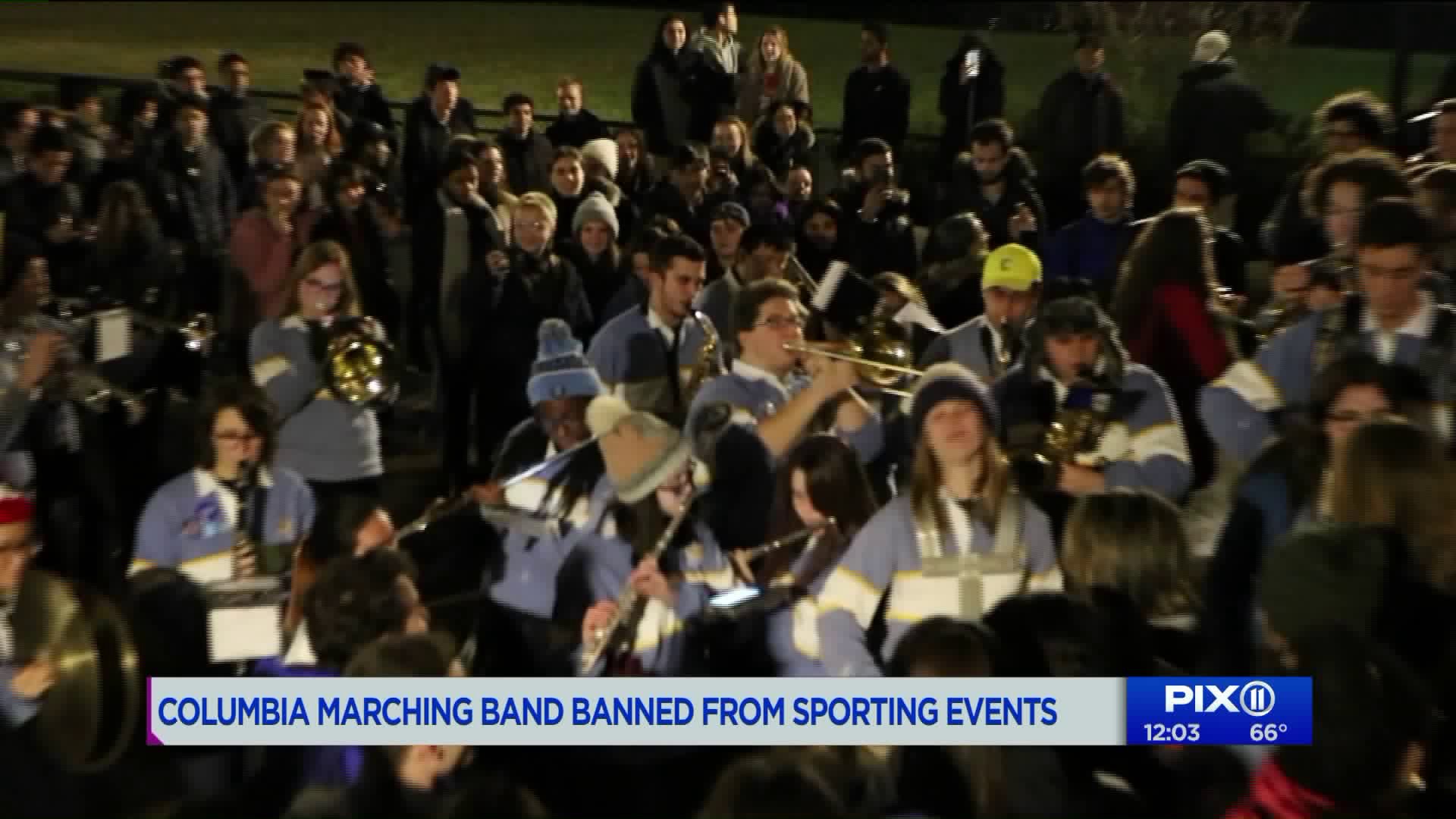 They`ve been drummed off the football field.The Columbia University Marching Band, famously mischievous and bawdy, known for its phallic formations, was banned from all future athletic events. The announcement came just days before their first football game of the season.

MORNINGSIDE HEIGHTS, Manhattan — They’ve been drummed off the football field.

The Columbia University Marching Band, famously mischievous and bawdy, known for its phallic formations, was banned from all future athletic events. The announcement came just days before their first football game of the season.

“We attack the university. They’ve been trying to silence us,” Maria Pondikos, a Columbia University band member, told PIX11 News.

“We like to have fun. We are a little chaotic and loud,” another band member, Sam Losee, told PIX11 News. “We’re not your typical big college band that marches in a straight line,” she added.

The band has a history of staging halftime skits poking fun at the university administration and also for playing loudly on campus the night before organic chemistry finals.

But a Columbia spokesperson says that has nothing to do with why the band is banned.

"The band was told one year ago that its funding affiliation with Columbia College would come to an end at the close of the 2018-19 academic year. It was also explained then that the best path forward for them would be to become a recognized student group.

“They’re already making plans for an organization to replace us even though we’ve already said we’re sorry,” Isabel Sepúlveda, another band member, told PIX11 News. “We’re working to meet their demands, but they don’t seem to want to go to the table. They just want to get rid of us,” she added.

But the band members are rallying alums and supporters to fight to keep their irreverence on campus:

“It’s kind of our entire identity, being loud and outspoken and share our voice, not being afraid to comment on things other people are,” Amanda Amilcar, another band member, told PIX11 News.

Close to 40 band members will be staging their halftime show at Low’s Plaza and then without their instruments they’ll be going to the stadium to cheer their football team on.