MetroCards celebrating Staten Island’s Wu-Tang Clan may become valuable collectibles, so why aren’t they for sale on SI? 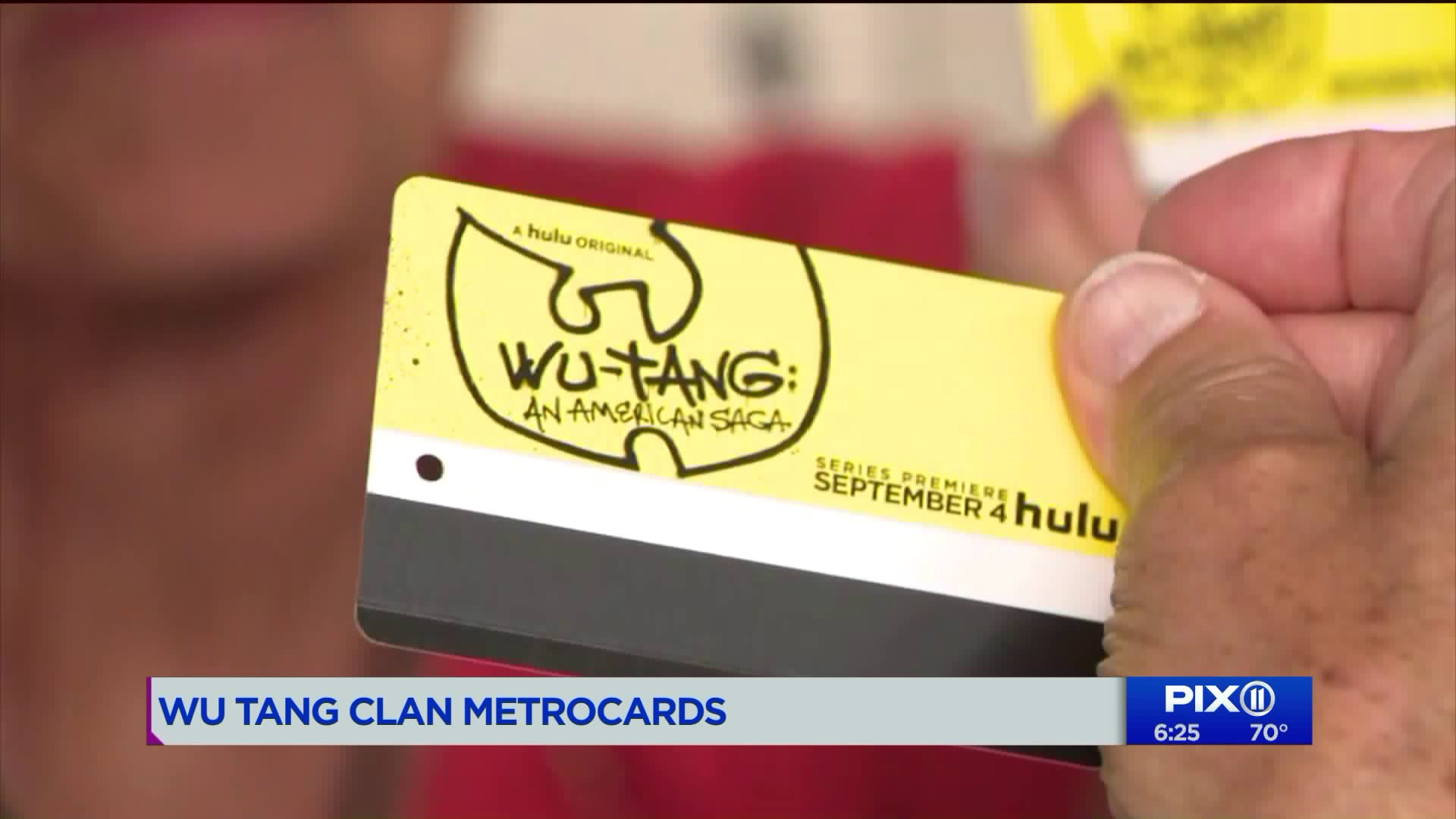 It may seem like an unlikely collector`s item, but the Wu-Tang Clan limited edition MetroCard appears to have the potential to become high-end and possibly high-priced memorabilia.

PARK HILL, Staten Island — It may seem like an unlikely collector's item, but the Wu-Tang Clan limited edition MetroCard appears to have the potential to become high-end — and possibly high-priced — memorabilia.

In any case, possessing one of the cards could provide a thrill to any of the legendary hip-hop band's fans, if they can get one. The cards have not been for sale in Staten Island, where the band is from.

The MTA produced 250,000 of the cards that bear Wu-Tang Clan's logo, in promotion of the dramatic series, airing this month on Hulu, about the group's rise to fame. Considering that nearly 2.9 billion rides occur every year using MetroCards, the rarity of the Wu-Tang cards is clear.

"Things that people thought would not be worth anything and didn't collect them," said memorabilia dealer Scott Stein, "are now worth money."

Stein spoke about general trends in collecting. He owns Streetreasure Memorabilia, and has bought and sold collectibles -- many of them transportation related -- for 25 years. He pointed out that the limited edition Wu-Tang card could become like last year's Game of Thrones limited edition MetroCards, some of which now sell for $500 for a set of four.

Regarding the Wu-Tang cards now, "We're gonna hashtag where to go to find these MetroCards at," said Sareada Heyward, a Staten Island resident. "We're here for the Wu."

She was among a variety of people who spoke with PIX11 News at the corner of Vanderbilt Avenue and Targee Street here, which has officially been renamed by the City of New York as the Wu-Tang Clan District. A street sign at the intersection bears the name.

"I drive," said Atiya Cannon, a resident of the neighborhood who doesn't even take public transportation. "And I want one," she said about the MetroCards.

Despite their eagerness, there's one problem, which a non-New Yorker made clear, when PIX11 News encountered him in Lower Manhattan.

"Wu-Tang?" asked French tourist Phillippe Barrara. "I don't know what it is." His wife, Monique, didn't either, even though they'd both been able to obtain Wu-Tang weekly MetroCards at a vending machine at the Times Square subway hub.

They were able to acquire what Marilyn Robinson, a lifelong Staten Islander whose daughter, she said, has partied with the band, could not.

"I hope I get one," Robinson told PIX11 News about the limited edition cards.

They're sold in vending machines at subway stations in Manhattan and Brooklyn only.

They're so difficult to obtain now, that some are already listed on online re-sale sites for $19.95 each.

For its part, the MTA has made clear that it's been selling the cards since August 26th at subway stations closest to the Staten Island Ferry Terminal in Manhattan. Those stations are: