Mayor of Newark suburb to lobby for water filters via billboard 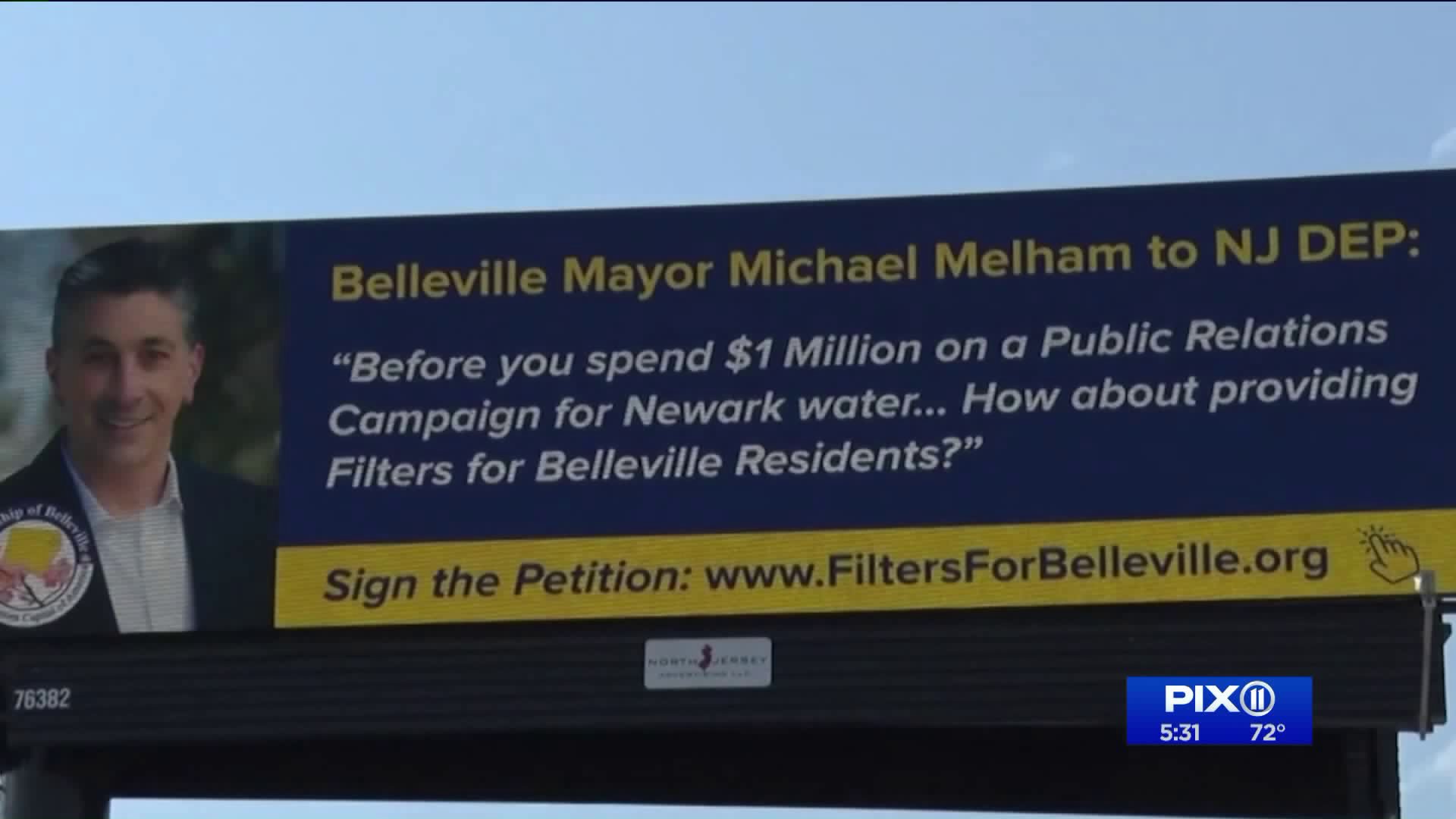 "I feel like I`ve been silenced," says Belleville Mayor Michael Melham, who wants the New Jersey Department of Environmental Protection to provide about 6,000 free water filters and assistance to remove lead service lines.

He says Belleville gets 100 percent of their water from Newark's troubled Pequannock water system, which has been plagued with lead contamination.

"When I reached out to the state on a conference call, the NJ DEP Commissioner McCabe told me directly: 'Mayor, Belleville is on their own'," he said.

Newark provided thousands of free water filters to their residents, which were donated by PUR.

On Monday, the DEP announced it would give Newark $1 million to launch a public awareness campaign aimed at educating residents on how to install water filters.

Melham questioned why the state is not using that money to provide Belleville with water filters.

"People are surprised since we have the same supplier as Newark that we haven’t heard anything about the situation," said Belleville resident Jane Stubin.

The mayor is encouraging people to use bottled or filtered water for drinking and cooking.

The billboard directs residents to sign a petition at filtersforbelleville.org.

"You can silence me on a conference call. You can mute me out of a conversation. But you can’t take down my billboard," said the Mayor.

"The DEP has offered and will continue to offer Belleville's water department technical assistance," a spokesperson for the state told PIX11 in a statement. "However, the DEP does not provide water systems with filters. Water systems may make an individual choice to issue filters to their customers."

"In Newark, the city paid for and distributed water filters using its own resources," they added.