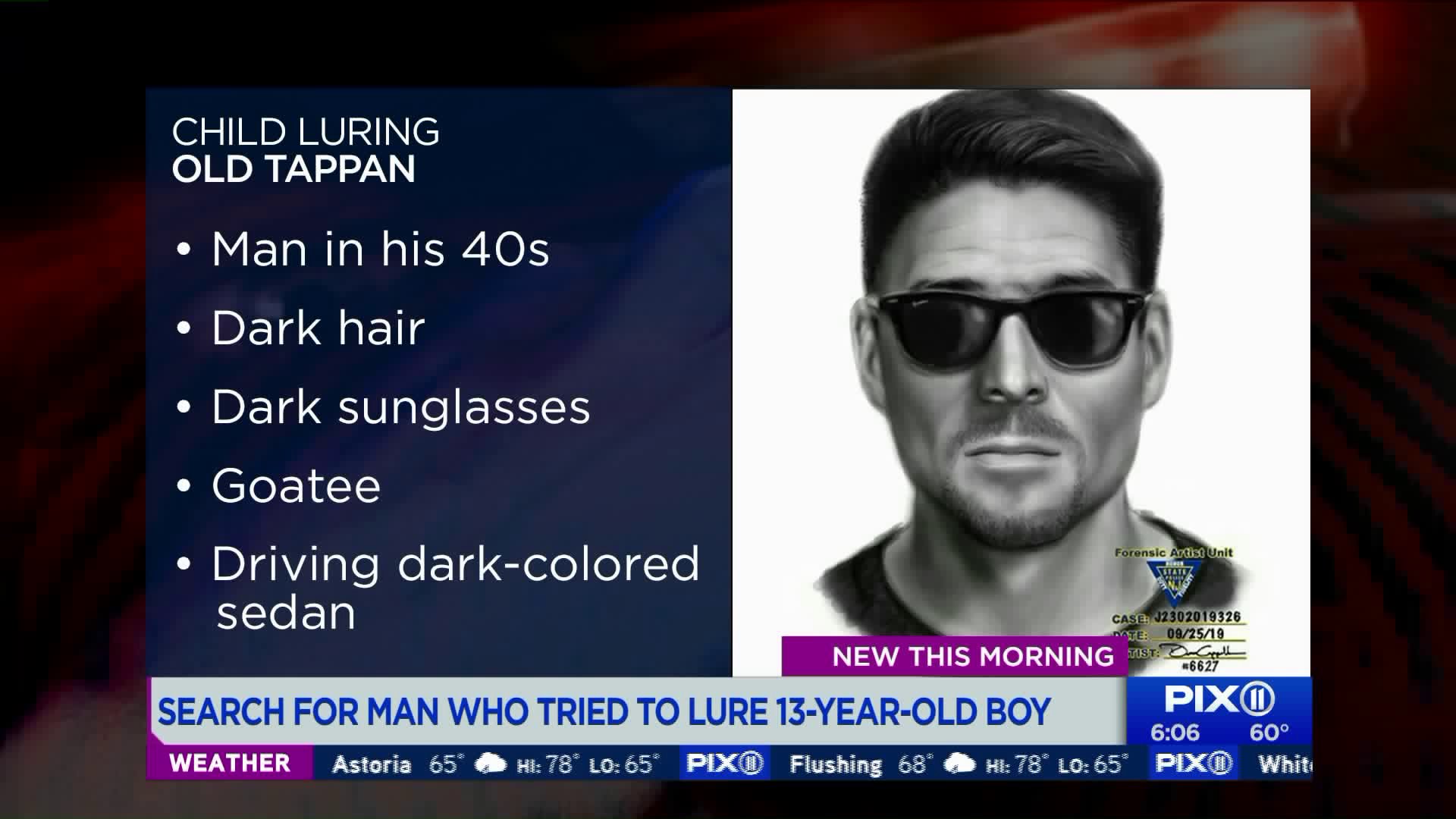 Police say they`re looking for a man who allegedly tried to lure a 13-year-old boy into his car in Old Tappan, New Jersey, Tuesday afternoon. Authorities say the man pulled up in a dark-colored sedan and tried to start a conversation with the boy about the New York Yankees. The boy ran away immediately and called his parents, police say.

OLD TAPPAN, N.J. — Police are on the hunt for a man accused of trying to lure a boy to his car Tuesday in New Jersey, authorities said.

While the 13-year-old boy was walking home from school Tuesday afternoon, a man in a dark-colored sedan pulled up and attempted to start a conversation with the boy about the New York Yankees, according to police.

Authorities said the boy immediately ran away and called his parents.

Those who live in the town say the incident is unusual in their community.

"There are some burglaries, but basically nothing like this has ever happened. Very honestly, you're at the end of nowhere. You're 12 to 15 miles from the George Washington Bridge, but it's truly the town that time forgot," Old Tappan resident Alan Kaplan said.

Police released the below sketch of the man they're looking for, describing him as a man in his 40s, with dark hair, dark sunglasses and a goatee.

Anyone with information is asked to contact the Old Tappan Police Department at (201) 664-1221.

***PLEASE SHARE*** New Jersey State Police Detective Sergeant Dennis Cappello, of the Forensic Photography and Composite Artist Unit, is assisting the Old Tappan Police Department with a child luring investigation. On Tuesday, September 24, the suspect pictured in the composite sketch attempted to lure a 13-year-old boy while he was walking home from school. The man, who was in a dark-colored sedan, attempted to initiate a conversation with the boy about the Yankees. The boy immediately ran away and called his parents. The suspect is described as a white male in his 40’s with dark hair, dark sunglasses and a goatee. Anyone with information is asked to contact the Old Tappan Police Department at 201-664-1221.