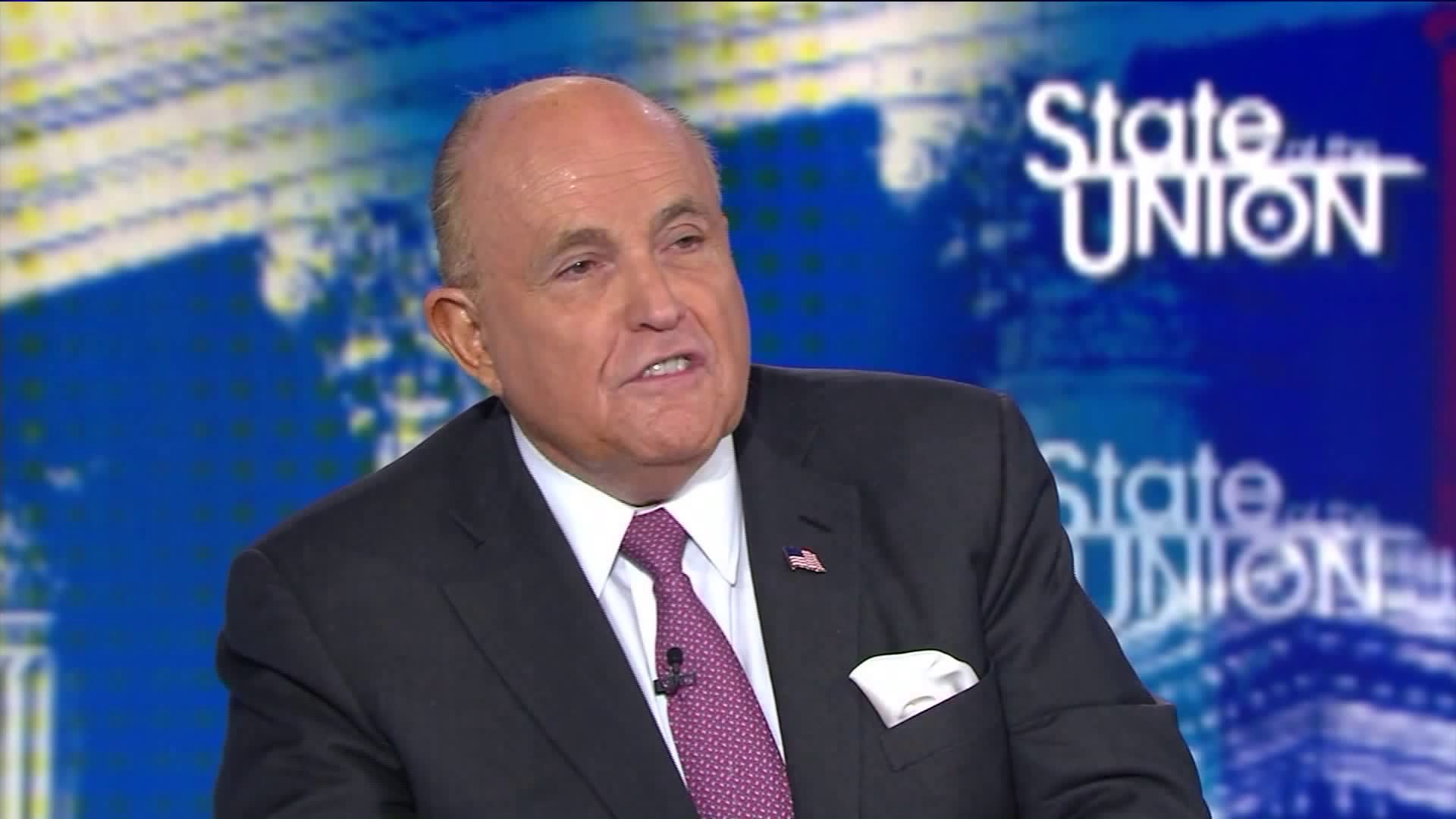 When President Donald Trump wanted Ukrainian authorities to investigate his Democratic rival Joe Biden, Rudy Giuliani turned to a pair of Soviet-born business partners from Florida who made more than a half-million dollars in political donations to Republicans while facing lawsuits from disgruntled investors over unpaid debts.

WASHINGTON — When President Donald Trump wanted Ukrainian authorities to investigate his Democratic rival Joe Biden, Rudy Giuliani turned to a pair of Soviet-born business partners from Florida who made more than a half-million dollars in political donations to Republicans while facing lawsuits from disgruntled investors over unpaid debts.

Documents show Lev Parnas and Igor Fruman used wire transfers from a company they controlled to make a $325,000 donation to a Trump-allied political action committee in 2018. That was on top of $100,000 in earlier donations to Trump and GOP candidates that helped the relatively unknown entrepreneurs quickly gain access to the highest levels of the Republican Party — including face-to-face meetings with the president at the White House and Mar-a-Lago.

"Thank You President Trump !!! Making America great !!!!!!," Parnas wrote in a May 2018 Facebook post showing him and Fruman with Trump at a dinner in the president's private residence at The White House.

The big May 2018 donation to American First Action was part of a flurry of political spending tied to Parnas and Fruman, with at least $478,000 in donations flowing to GOP campaigns and PACs in little more than two months.

It is not yet clear when the two men first met Giuliani, President Trump's personal attorney. But earlier this year, according to Ukrainian media reports, Parnas and Fruman were spotted in Kyiv, where they were frequent visitors to then-Prosecutor General Yuri Lutsenko, who sought to portray himself as an uncompromising fighter against corruption.

Multiple Ukrainian media outlets later named Parnas and Fruman as helping arrange a January meeting in New York between Lutsenko and Giuliani, as well as other meetings with key government officials.

Giuliani's efforts to launch a Ukrainian corruption probe into the Biden and his son's dealings with a Ukrainian energy company — a request later echoed by Trump in a July 25 call with Ukrainian President Volodymyr Zelensky — are at the heart of a burgeoning congressional impeachment inquiry.

A whistleblower complaint by an unnamed intelligence official released this week makes reference to "associates" of Giuliani in Ukraine who were attempting to make contact with Zelensky's team, though it's not clear that refers to Parnas and Fruman. That could put the two men squarely in the middle of the investigation into Giuliani's activities.

Fruman did not provide comments to AP this week. Parnas, in an interview with The Miami Herald on Thursday, called the impeachment inquiry a "soap opera" and defended Trump.

He said the Ukrainian government has access to information on alleged wrongdoing by the Bidens, but that the U.S. government proved indifferent to receiving it through official channels. Thanks to his friendship with Giuliani, Parnas said, he and Fruman became the best people to get it into the Trump administration's hands.

"I got certain information and I thought it was my duty to hand it over," Parnas told The Herald, adding that the former New York City mayor was his lawyer as well as a friend.

There has been no evidence yet made public that either the former vice president or his son violated the law.

Parnas, 47, came to U.S. from Russia as a young child, while Fruman, 53, made his way to Miami from Belarus following the fall of the Iron Curtain. Corporate filings and court records show several lawsuits involving the men, including detailed allegations of fraud against Parnas that led to a hefty civil judgment against him that remains unpaid.

The May 2018, donation, among the largest the committee received that quarter, was reported to have been made by Global Energy Producers LCC. Other campaign finance disclosures list Parnas as the CEO of the company and Fruman as president.

But there is little public evidence that Global Energy Producers was ever a thriving enterprise that could generate the income to account for its outsized political giving. The company has no listed office address or phone number, no announced deals or contracts, and a bare bones one-page website that features only a countdown clock that long ago ticked down to zeros.

Details of the source of the funds only emerged earlier this year as part of a long-running, unrelated lawsuit involving the estate of a Navy veteran from New York who accused Parnas of defrauding him out of nearly half a million dollars in loans and investments in a Hollywood movie project that turned out to be a mirage.

Those records and deed filings in Florida reviewed by The Associated Press show the money for the $325,000 donation to the Trump PAC on May 17, 2018, came from the same corporate entity that two days earlier received the proceeds from a $3 million private mortgage. That loan was secured by a luxury high-rise condo unit in North Miami Beach owned by a separate corporation tied to Fruman.

More than half of the proceeds from the $3 million loan appear to have been used to pay off a prior bank mortgage on Fruman's condo, with the remaining $1.2 million wired from a Miami lawyer's trust account to a corporate entity controlled by Parnas called Aaron Investments I.

Wire transfer records show $325,000 was then wired from Aaron Investments I to America First Action, the Trump PAC.

Four days after that donation, Parnas posted a photo of himself and Fruman at an intimate "Power Breakfast!!!" with Donald Trump Jr. at the Beverly Hills Polo Lounge.

The Campaign Legal Center, a non-partisan campaign finance watchdog based in Washington, filed a complaint with the Federal Elections Commission in July 2018, alleging that Global Energy Producers was essentially a shell company used to make political donations, the funds for which originated from unknown sources. The center last summer amended its complaint to include the wire transfers showing the movement of the funds from Aaron Investments I to the Trump-allied PAC.

Under federal elections law, political donations must be attributed to the person or entity actually providing the money as a way to avoid "straw donations." That the source of the donation was not the same corporation as the one listed on the PAC's federal disclosure report, Global Energy Producers, is a potential violation of campaign finance law.

"As a result of this secrecy scheme, the public didn't know that Trump was backed by shady characters with questionable connections and a trail of failed ventures," said Brendan Fischer, an attorney who is the director for federal reform at the Campaign Legal Center.

A spokesman for the FEC, Myles Martin, said the agency could not comment on the status of any investigation involving the $325,000 donation.

Despite receiving the seven-figure payout last year from the condo loan, court records indicate Parnas and Fruman were still scrambling for cash.

In March, a man named Felix Vulis filed a lawsuit against Parnas, Fruman and Global Energy Producers alleging that he agreed to loan them $100,000 in October 2018, to be repaid within two months. To show they were good for it, the lawsuit said, Parnas and Fruman boasted of their close relationships with Giuliani and other influential figures.

But, according to the lawsuit, when the note came due that December, Parnas and Fruman said they couldn't pay.

Vulis, who indicated by phone that he was currently in Europe, told a reporter he was unable to comment on the lawsuit. Court records indicate the case was settled last month. The terms were not disclosed.

Parnas and Fruman are also alleged to have touted their ties to Giuliani to drum up business overseas.

Ukrainian billionaire Ihor Kolomoyskyi said in an interview in May with the Ukrainian news site Strana.ru that Parnas and Fruman were "under investigation in the U.S." He said that the two "go around Ukraine and collect money from people, flaunting their friendship with Giuliani" and then-Prosecutor General Lutsenko.

"They are my clients and I have advised them to press charges," Giuliani tweeted.

Fruman and Parnas sued Kolomoyskyi for defamation in Ukraine in July this year.