Trump impeachment probe has happened exclusively while he’s been in hometown of NYC, while it’s played host to the world 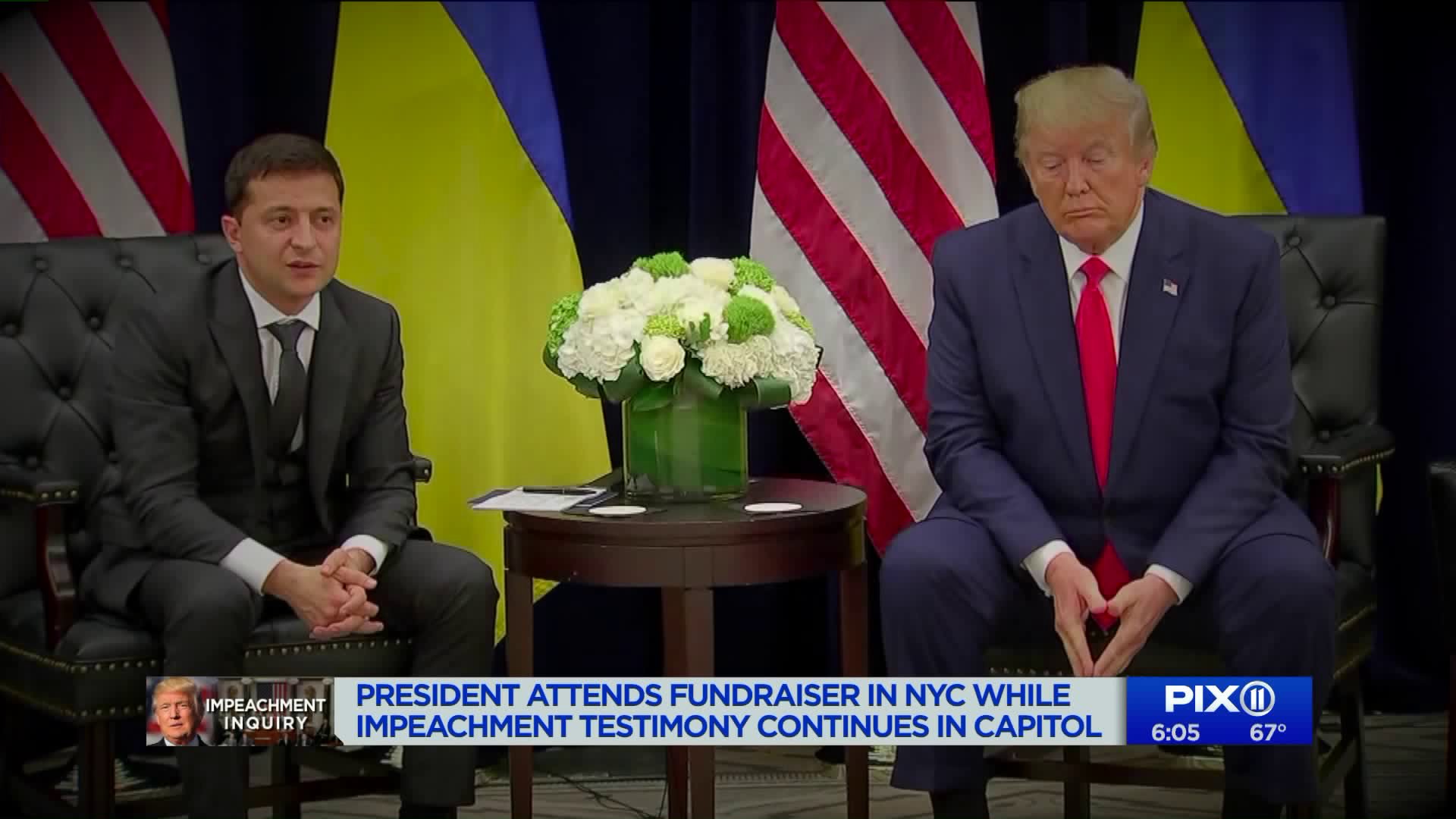 Bracing against an impeachment inquiry in Washington, President Donald Trump closed out his visit to the United Nations with a pair of New York fundraisers that are expected to rake in an estimated $8 million for his reelection and other GOP campaigns. The two events were held to help bankroll a joint fundraising committee benefiting the Trump campaign and the Republican National Committee.

MIDTOWN — President Donald Trump was in New York while the impeachment inquiry into his activities was underway.

It is, of course, his hometown. While the president was under intense scrutiny on Capitol Hill, the city of his birth has been playing host to the world, with the United Nations General Assembly underway. It’s been a fascinating combination of an international and national story, carried out on a local stage.

The intense week of political developments for the president was capped off by a fundraising speech at the Cipriani event space around 10:00 a.m.

It’s located across the street from one of the country's busiest rail hubs, Grand Central. As a result, streets and sidewalks were even more congested than usual during U.N.G.A. week, and local workers and residents held up by logistics related to President Trump’s event were none too pleased.

“Let us cross!” a frustrated pedestrian shouted at police, from a jammed, closed-off sidewalk around the corner from Cipriani. “Now!” he added for emphasis.

It did no good, until the president was securely inside the venue.

While Mr. Trump spoke at the event, his acting director of national intelligence, Joseph Maguire, testified on Capitol Hill.

Maguire had to defend his decision earlier this month to not release a whistleblower complaint which had indicated that President Trump tried to use the power of his office to get the president of Ukraine to investigate Joe Biden.

While the testimony was taking place, hundreds of people attended the fundraiser with the president.

“He felt very comfortable,” said David Hertz, about the president he’d watched and listened to at the event.“ There were a lot of New Yorkers,” Hertz said. “People he knew.”

“He was very funny,” said another attendee at the event, who declined to give her name. “He was making jokes. I really like him.”

“The whole Ukrainian thing is a lot of bullsh**,” said attendee Norman Bobrow. “It's a lot of Democrats trying blow up things about our president.”

After he spoke for nearly 40 minutes, attendees said — no cameras were allowed at the event — the president departed in a motorcade. On the street was a mix of applause and catcalls.

One onlooker, who gave only his first name, Andrew, gave a thumbs down as the presidential limousine drove by.

Mike Hisey, a self-described “activist for 30 years,” was on scene outside of the president’s event, wearing a Trump mask and an orange prison jumpsuit.

The costume, Hisey said, was intended to “make it more jarring to people, and make it more like the reality that I'd like to see. That we will see."

After the motorcade left for the heliport to take the president back to Washington, the city kept going. So did forces pulling political opinions farther apart, apparently.

While in New York, President Trump called the impeachment inquiry a new witch hunt, among other things. He also even said that “as far as I'm concerned,” Nancy Pelosi is “no longer the speaker of the house.”

She is, of course. The impeachment probe that she launched has been carried out in its entirety, so far, since President Trump has been in New York. How he’ll respond to it now that he’s back in Washington is yet to be seen.

What has been seen, however, is that the president set the stage for his responses here in his hometown.