Port Authority to vote Thursday on fare and toll hikes across NY, NJ 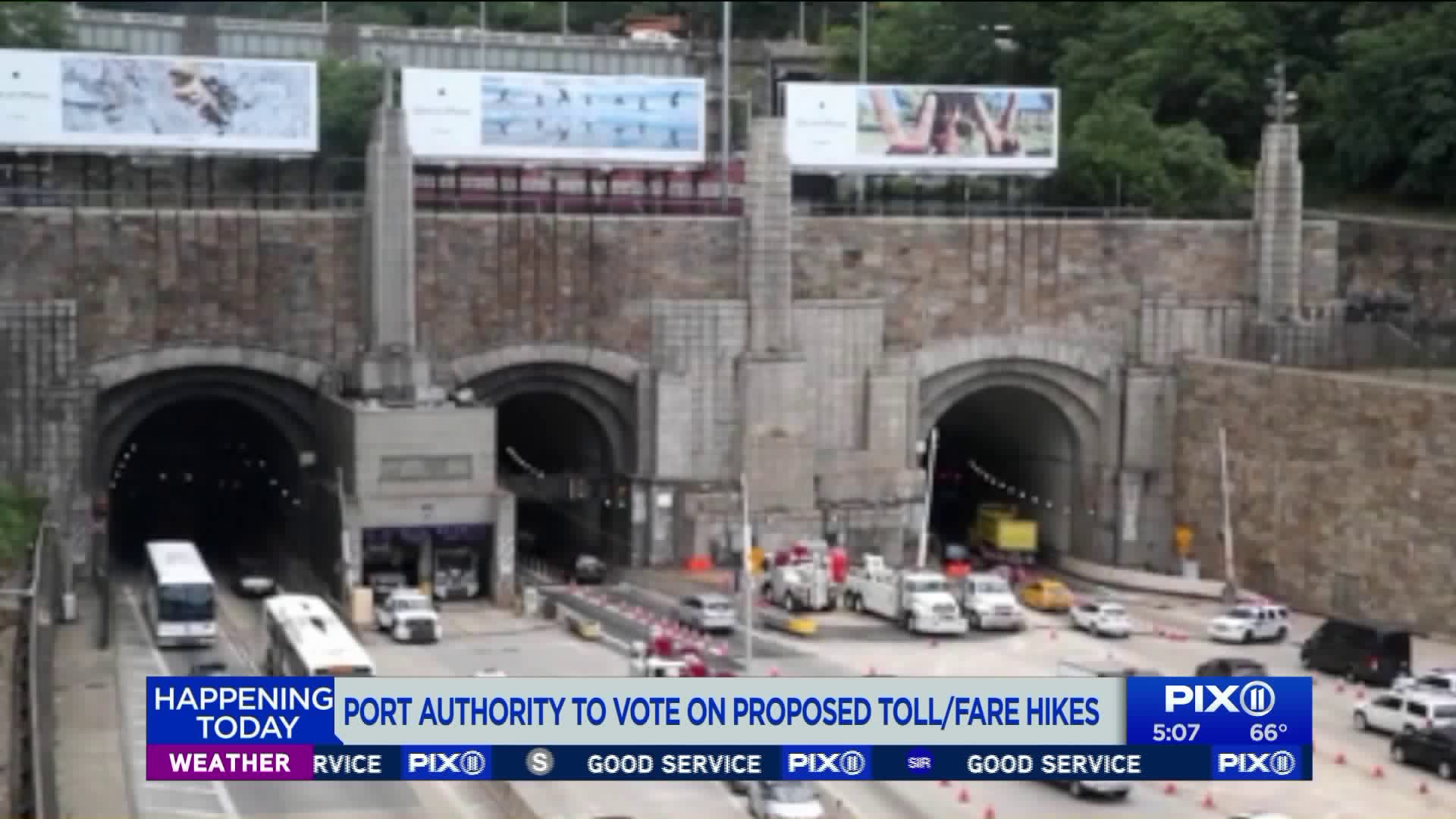 The Port Authority of New York and New Jersey is set to vote Thursday on toll and fare hikes for bridges and tunnels across the tri-state area. The price increases were originally proposed in late June.

NEW YORK — The Port Authority of New York and New Jersey is set to vote Thursday on proposed fare and toll hikes for bridges and tunnels across the area.

The increased prices were originally proposed in late June to keep pace with inflation and help fund more than $30 billion in capital projects over the next decade.

The original Port Authority plans were to raise tolls at its bridges and tunnels and hike fares on its PATH rail service and on trains to JFK and Newark Liberty International airports. It also will seek a $4 surcharge on app-based car services and taxis when they pick up fares at New York-area airports.

Toll increases tied to inflation at the authority's four bridges and two tunnels were authorized by the Port Authority board in 2008 and again in 2011. Tolls rose in four scheduled increases between 2012 and 2015. Based on inflation since then, a threshold will be reached in 2020 to require another hike, the Port Authority said.

Cash tolls would rise from $15 to $16, and E-ZPass rates would rise $1.25 for both peak and off-peak periods, by the beginning of 2020, under the proposal described Tuesday.

The air trains to JFK and Newark airports would rise from $5.00 at JFK and $5.50 at Newark to $7.75 at both. Single-ride PATH rail tickets would stay at $2.75 but discounts for multi-ride passes would be significantly reduced.