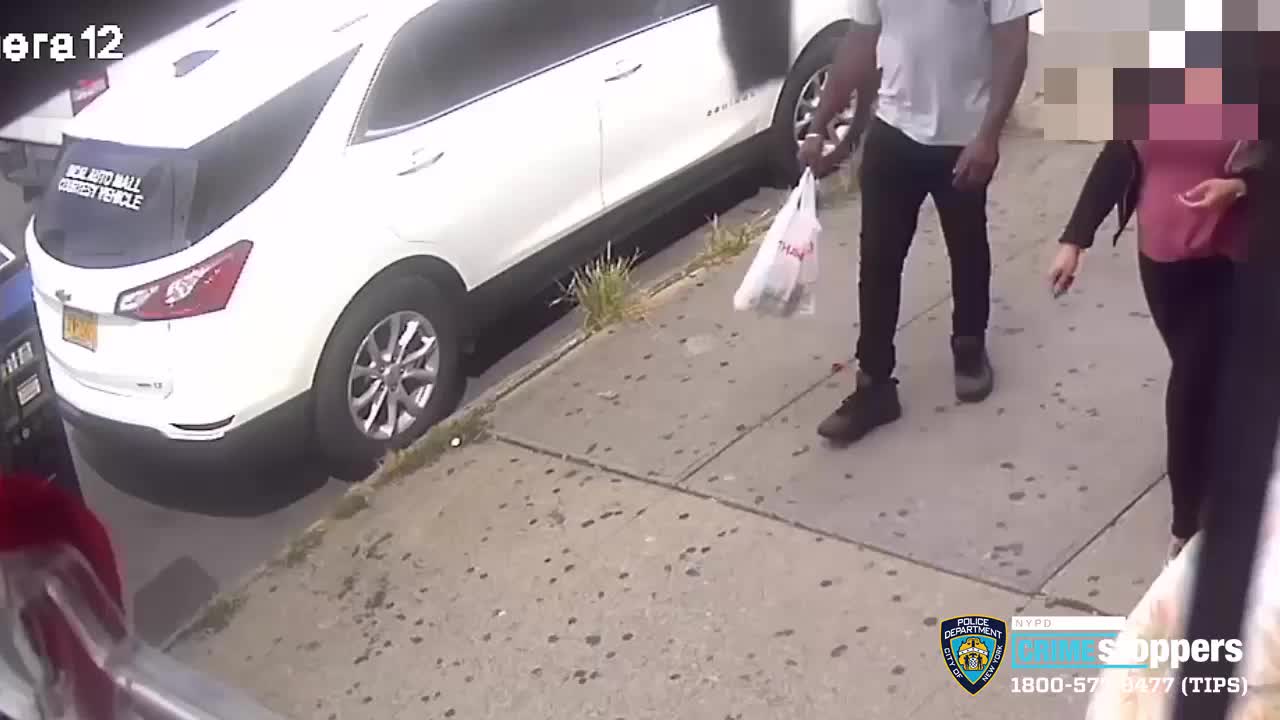 SOUTH OZONE PARK, Queens — A man is wanted in connection with yet another case of water dousing a New York City police officer, authorities said.

The incident occurred in Queens on Monday, Sept. 16 at around 1:23 p.m. on 101st Avenue. That's when an on duty NYPD traffic agent was at work when an unidentified man began cursing at the agent. The man proceeded to throw water from a bottle on the agent's shoulder and face before fleeing in an unknown direction with an unidentified woman.

The NYPD traffic agent was not injured.

Police had been dealing with a series of incidents over the summer in which officers were hit with water by civilians.

Anyone with information in regard to the identity of this male is asked to call the NYPD's Crime Stoppers Hotline at 1-800-577-TIPS (8477) or for Spanish, 1-888-57-PISTA (74782). The public can also submit their tips by logging onto the CrimeStoppers website at WWW.NYPDCRIMESTOPPERS.COM, or on Twitter @ NYPDTips. All calls are strictly confidential.