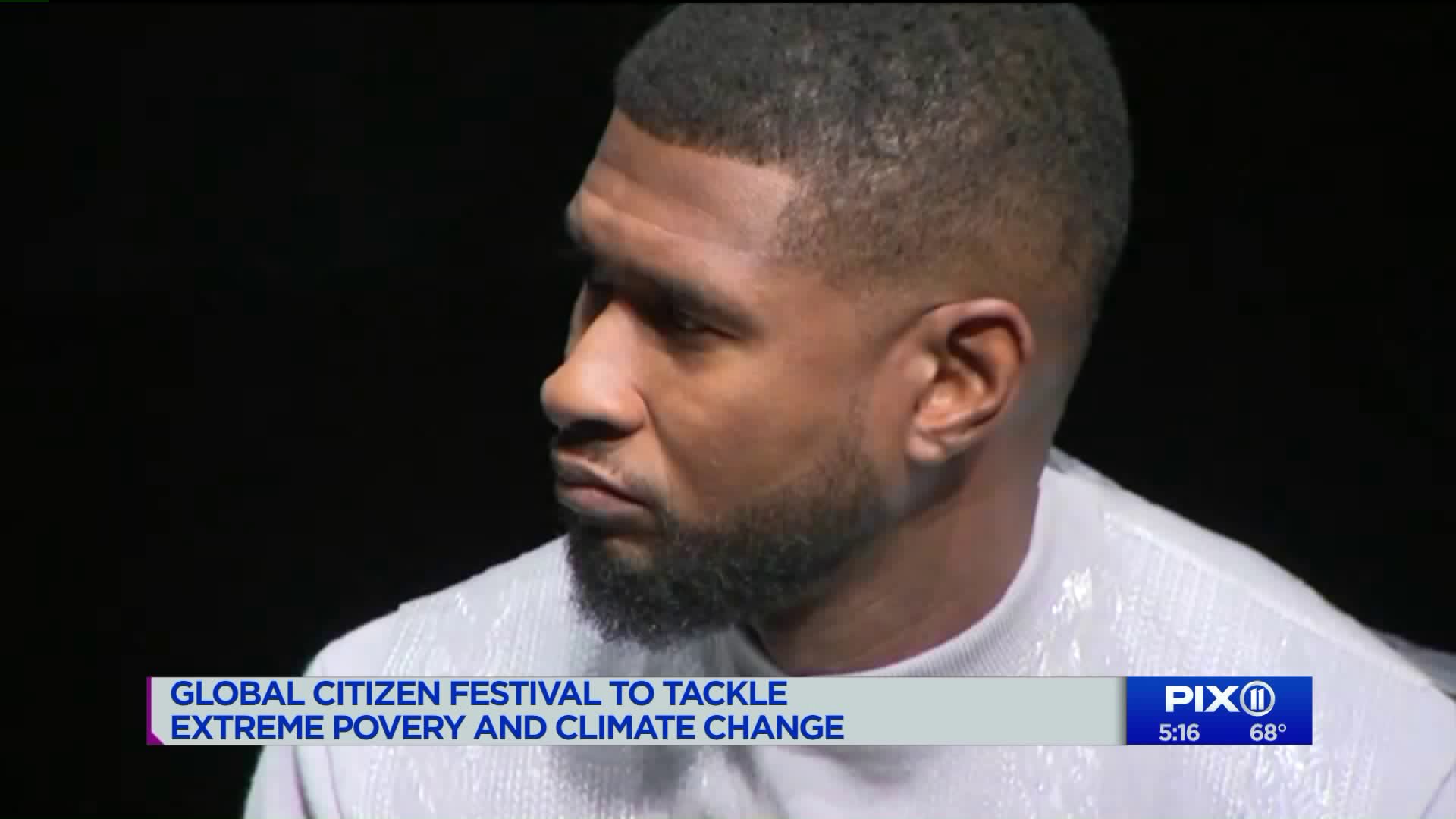 There was major star power in Dumbo, Brooklyn Thursday afternoon as part of a big announcement from Global Citizen, the organization that raises money and promotes social action through the annual Global Citizen festival.

DUMBO, Brooklyn — There was major star power in Dumbo Thursday afternoon as part of a big announcement from Global Citizen, the organization that raises money and promotes social action through the annual Global Citizen festival.

Chris Martin, Hugh Jackman, Usher and Pharrell Williams were among the A list celebrities who joined top business leaders to announce Global Goal Live. This campaign aims to raise $350 billion by September 2020. The hope is that amount will then be yearly to help tackle extreme poverty, climate change and women's inequality.

"We have convened today because the future of our planet is at a critical moment," Global Citizen CEO Hugh Evans said.

The Global Citizen Festival 2019 is on Saturday in New York City and Berlin. New Yorkers will be able to see top musical acts in Central Park. There will be performances by Queen, Pharrell, Alicia Keys and Carole King. Attendees scored tickets through social action.

"It just felt like an amazing direct way of using what we do to help everyone use their own voice," Coldplay's Chris Martin said. Martin is the curator of the Global Citizen festival.

"There we applaud leaders who act globally but when they fail to do so, global citizens turn up the pressure through petitions, emails, calls and tweets that get the leaders back on track," businesswoman Bozoma St. John said.

While the 2019 festival was just 2 days away, on Thursday Global Citizen leaders were looking towards 2020.

"We just need as a species, right, we need hope," said musician Pharrell Williams.  And hope not just in the form of conversation, but hope in the form of action."

The 2020 Global Citizen festival will be on five continents. Nigeria was announced as one of the concert locations.