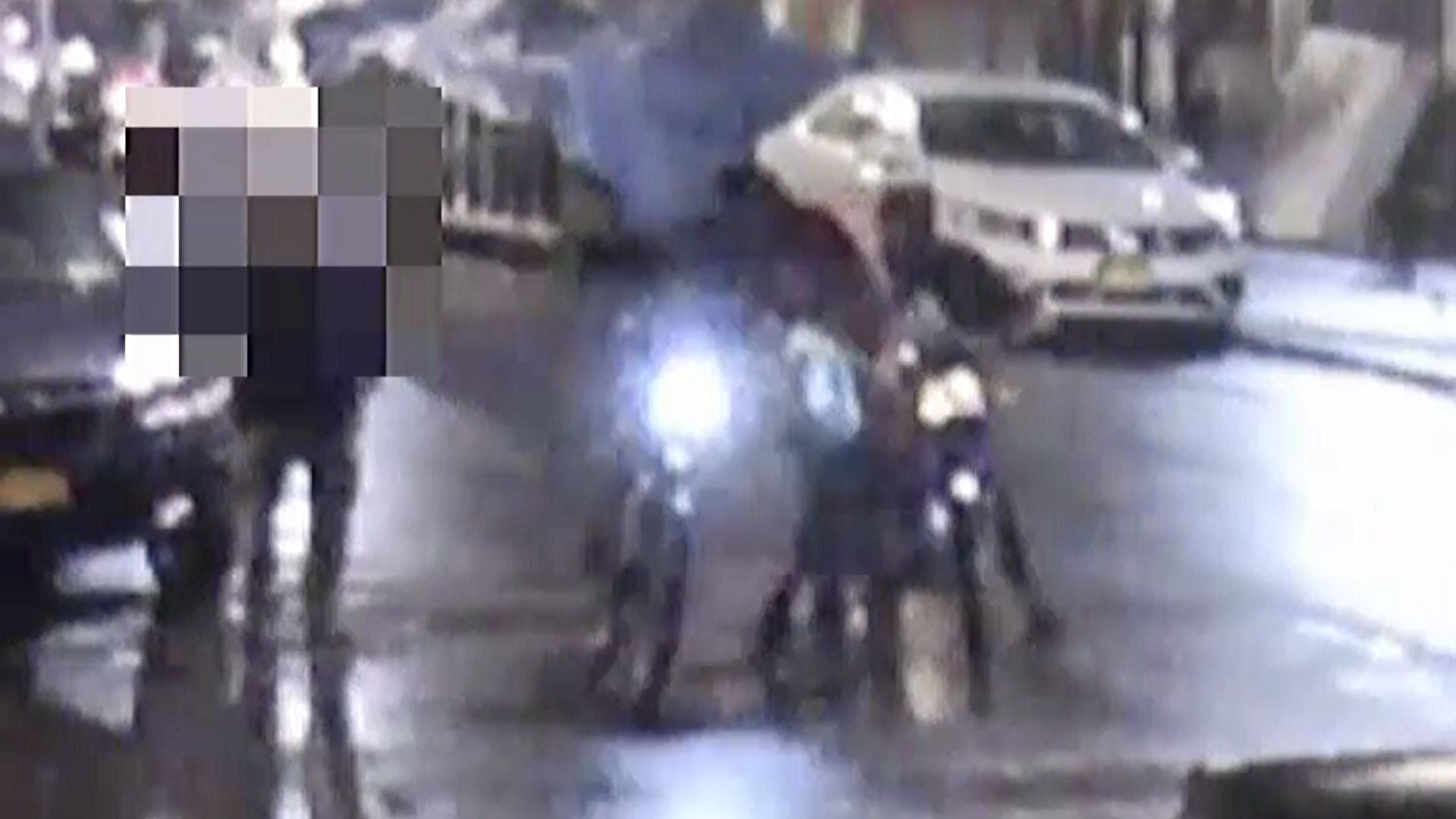 Two men are wanted for stealing a delivery man's electronic bicycle in Morningside Heights on Tuesday, September 24, 2019, according to police. (NYPD)

MORNINGSIDE HEIGHTS — Two men are wanted by police after stealing a delivery man's electric bicycle as he made a delivery in Upper Manhattan, according to authorities.

Police said the delivery man was riding his e-bike on West 113th Street, between Broadway and Amsterdam Avenue, just before 1 a.m. Tuesday when the two unidentified men approached him.

The two men rode up on a motorcycle and pressed an object against the victim's back, simulating a gun, before taking his e-bike, police said.

The two men fled westbound on 113th Street, toward Broadway, according to the NYPD.

No injuries were reported from the incident but police are still looking for the two thieves.