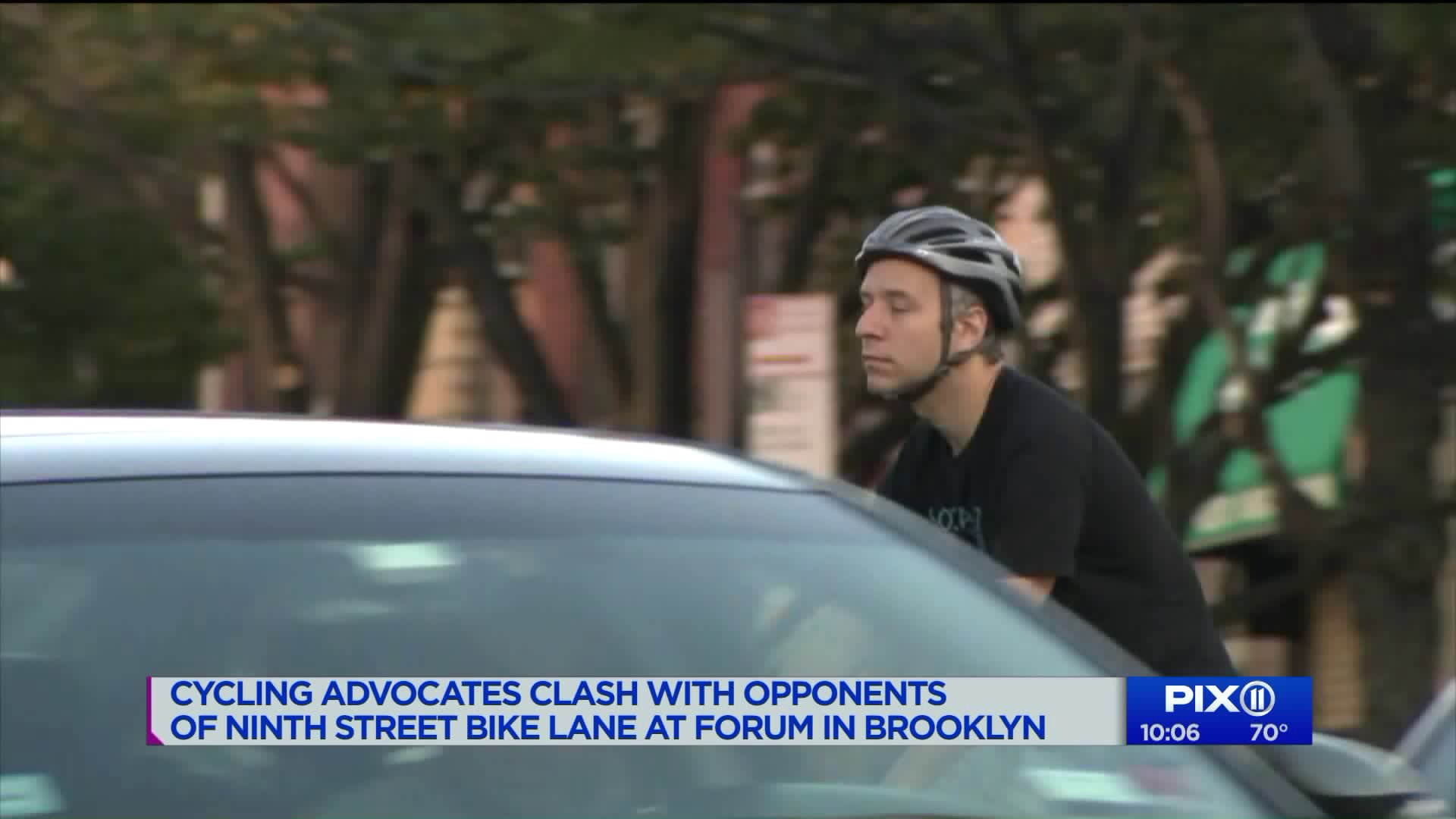 A public meeting about a bike lane turned contentious in Brooklyn.

PARK SLOPE, Brooklyn — Street design is an important topic in the city.

Some neighbors organized a meeting for Wednesday evening and advertised it with a flyer that questioned the impact on emergency vehicles. The poster was shared on social media.

Cyclists, other neighbors and commuters who support the bike lanes attended the meeting to speak about bike infrastructure.

At times, the discussions became a shouting match.

The protected bike lanes for bicycles were installed on both sides of the street after the driver of a car struck and killed two children in March 2018.

Prior to implementation of the new design, the city held meetings and met with the community board to create a new plan for the street. It includes new signage and barrier areas for pedestrians.

A moderator of the meeting said that comments from this exchange would be submitted to city agencies.