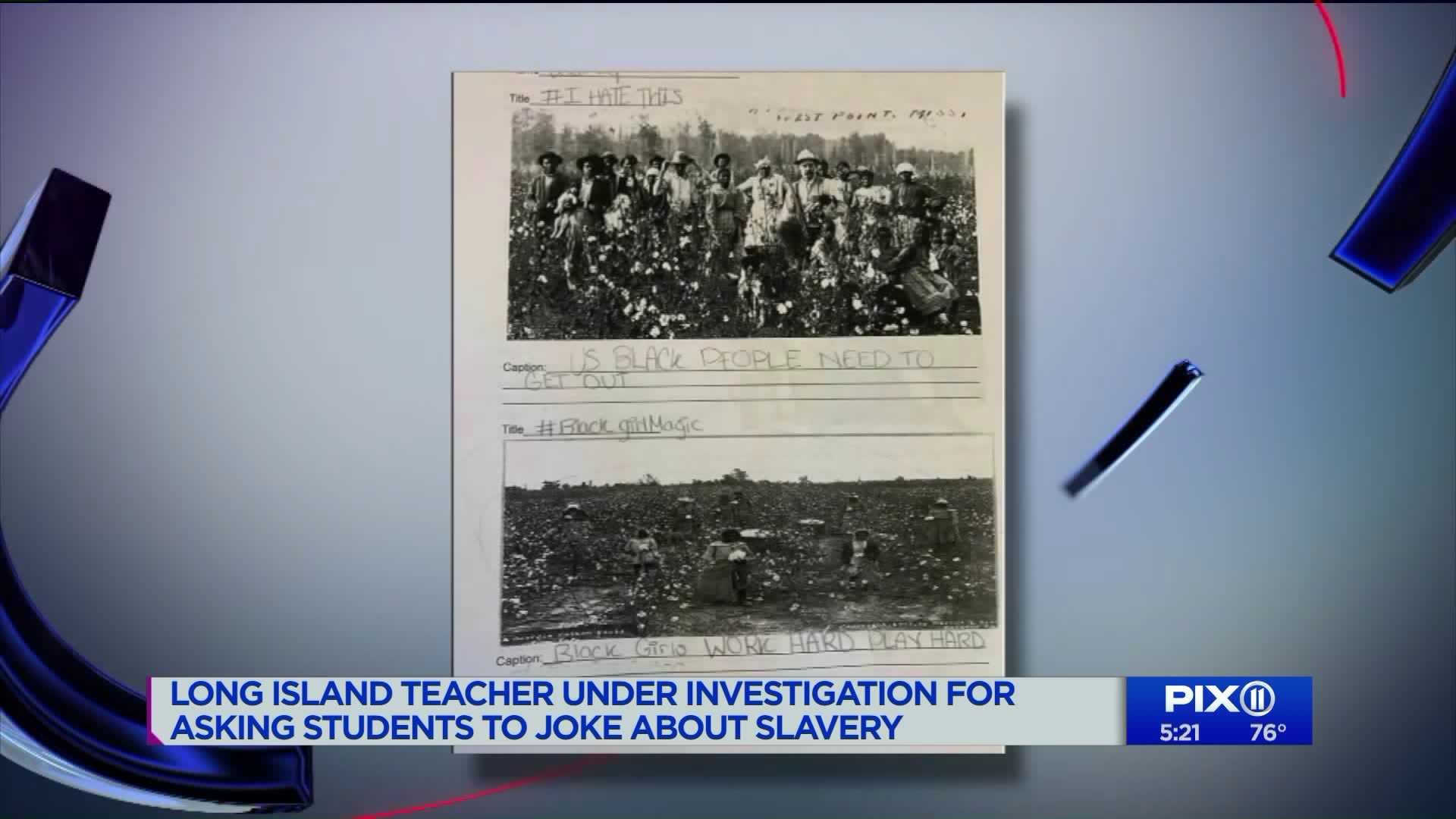 "Poorly conceived and executed," is what Freeport`s Superintendent of Schools had to say about this lesson plan from a J.W. Dodd Middle School social studies teacher.

FREEPORT, Long Island — Poorly conceived and executed is what Freeport's Superintendent of Schools had to say about a lesson plan from a J.W. Dodd Middle School social studies teacher.

Parents, on Tuesday, reacted to the news. The district confirming in a statement, that one of its own educators appeared to make light of a painful time in our country's history. In a lesson surrounding the Reconstruction Era, the teacher told three separate classes to develop captions for these photos of African American slaves and to quote "make it funny" and quote "don't bore me."

"It's unbelievable and a teacher like that should be fired," said Michael Bailey, a parent at the school.

The superintendent said the teacher was removed from the classroom and issued an apology. That was not enough for some, but others came to the teacher's defense.

"She's a good teacher," said Savana, one of Scully's students. Both she and her mother feel this has been taken out of context.

"She didn't mean it like that. Some people took offense and I knew how she meant it."

Local pastor and community advocate Pastor Arthur Mackey is pushing further and said these types of lessons are becoming all too common. Earlier this year his focus on teachers in the Roosevelt school district posting images of nooses led to their ouster.

"We're calling for this teacher's license to be revoked by New York State. A strong message has to be sent because this is happening all across the nation," said Mackey.