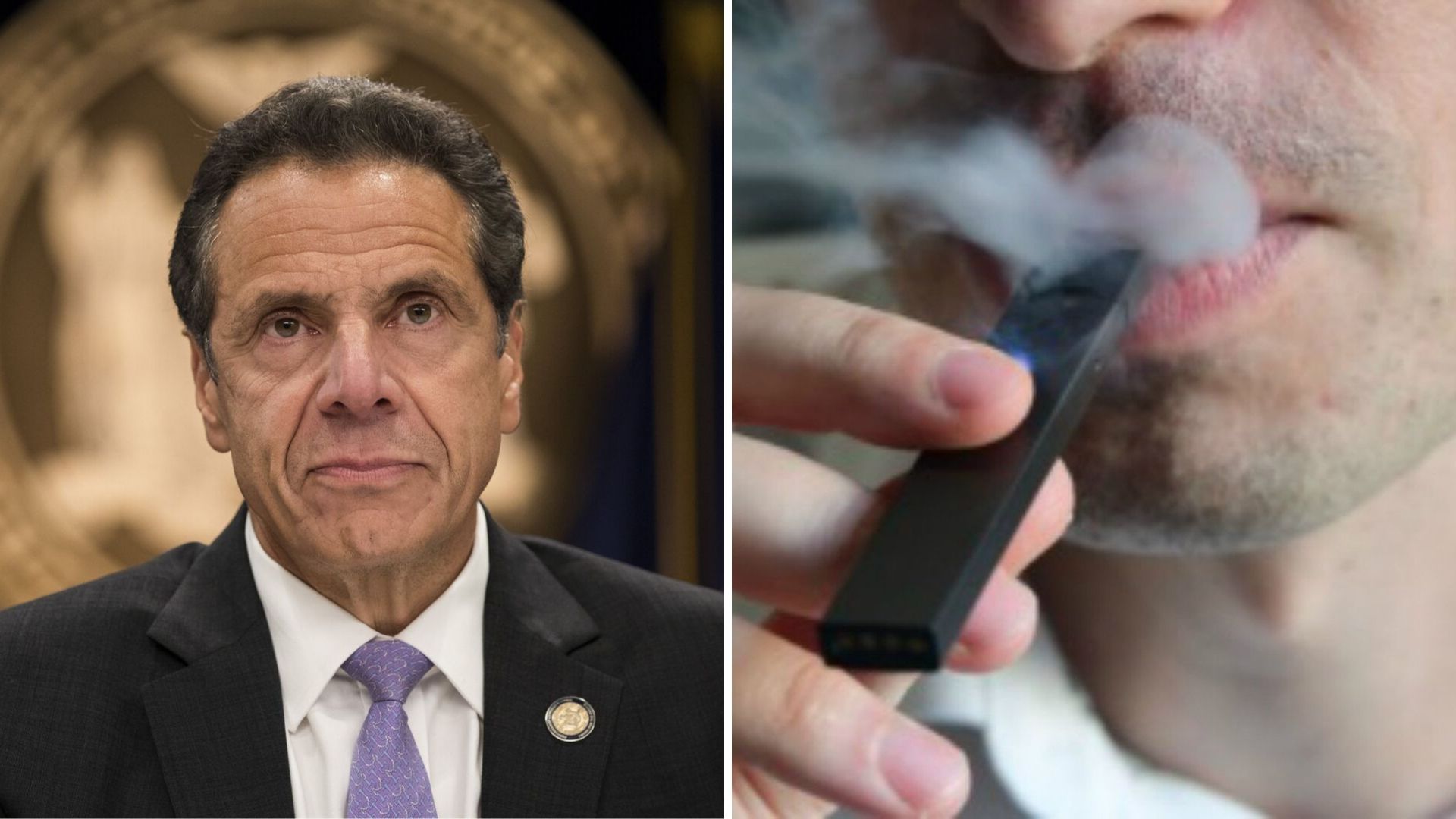 New York Gov. Andrew Cuomo will travel to Connecticut Wednesday to meet with the state`s Gov. Ned Lamont to discuss ways the region can work together on vaping and recreational marijuana policies. 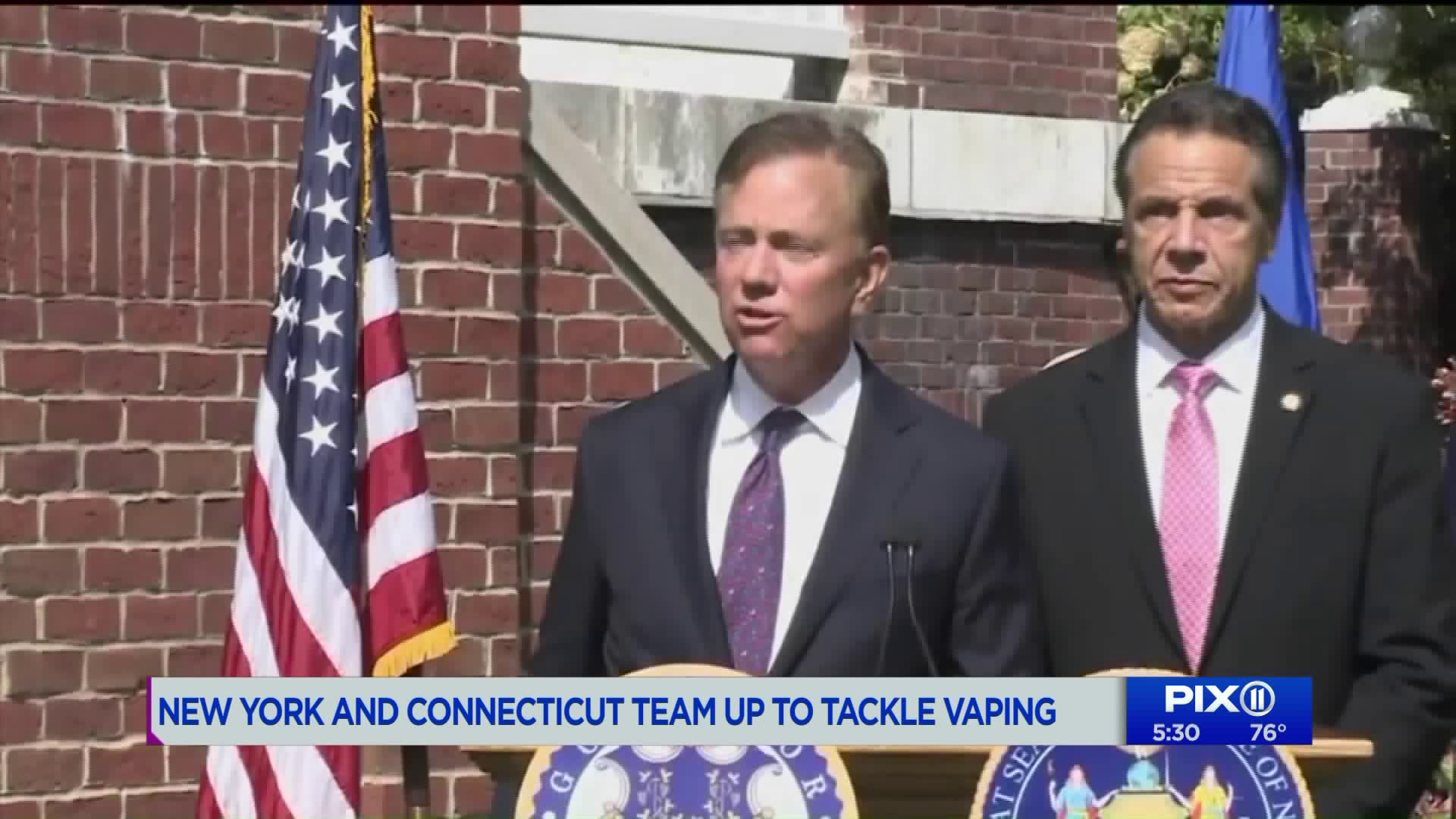 ALBANY, N.Y. — The Democratic governors of New York and Connecticut said Wednesday they plan to work together to regulate both recreational marijuana and vaping products, saying it makes no sense to have different rules in neighboring states.

New York Gov. Andrew Cuomo said states are getting "a lot of confusion and a lot of debate" but no leadership from Washington on those and other issues.

"So, if we're on our own, let's hook our boats together and let's see if we can find our way through this storm," said Cuomo, who also wants to work with New Jersey on vaping and marijuana. Connecticut Gov. Ned Lamont has also been working with the governors of Rhode Island and Massachusetts.

After meeting privately at Lamont's official residence, the two announced there will be a gathering of "regional partners" on Oct. 17 who will discuss ways the states can come up with some common details for a possible legalized recreational marijuana program, such as taxation rates and what forms of marijuana should be sold.

Cuomo said he hopes to have new recreational marijuana legislation ready by January, while Lamont may offer a bill when the state's General Assembly convenes in February. Lamont said the planned "summit" will also address "guidelines and principles" needed to address vaping oversight, as well.

Attempts to legalize adult-use recreational marijuana have fizzled in New York, New Jersey and Connecticut this year amid pushback from critics concerned about public health and safety, as well as related criminal justice issues, such as the erasure of certain past drug offenses.

"I think if we focus on the core program — what would a legalization of recreational marijuana system look like? What are the rules and regulations of that system and how do we police it? And are we prepared to do that? I think that's the mission for this discussion," Cuomo said.

Lamont said he hopes the governors can also work with Republican Gov. Charlie Baker in Massachusetts, whose state has already legalized recreational marijuana and on Tuesday ordered a four-month halt to sales of all vaping products and devices.

Lamont said it's important all the states in the region don't "surrender to the black market" and have systems that are carefully regulated and safe.

"I think we want to do it in a very thoughtful basis," said Lamont, who has made a point of meeting with other governors in the region since taking office in January.

Both Lamont and Cuomo expressed concern Wednesday with the safety of vaping. Health officials nationwide are investigating hundreds of cases of serious breathing illnesses in people who use e-cigarettes and other vaping devices.

Earlier this month, state health officials in New York approved temporary, 90-day emergency regulations, which can be extended, to ban the sale of most flavored electronic cigarettes, with the exception of tobacco and menthol favors.

While a proposal to ban certain vaping flavors in Connecticut failed this year, the state did pass legislation that prohibits the sale of e-cigarettes and vaping products to anyone under 21. The new law, which takes effect on Oct. 1, also increases the age to purchase cigarettes and other tobacco products to 21.

A spokesman for Lamont said the Connecticut governor's staff is researching what executive power he might have to take possible additional action concerning vaping.

On Wednesday, Rhode Island's Democratic governor Gina Raimondo signed an executive order banning the sale of flavored vaping products throughout the state, voicing concern the products are being marketed to children.

Meanwhile, Juul Labs, the nation's largest e-cigarette maker, will stop advertising its devices in the U.S. and replace its chief executive as mysterious breathing illnesses and an explosion in teen vaping has triggered a crackdown on the largely unregulated industry.