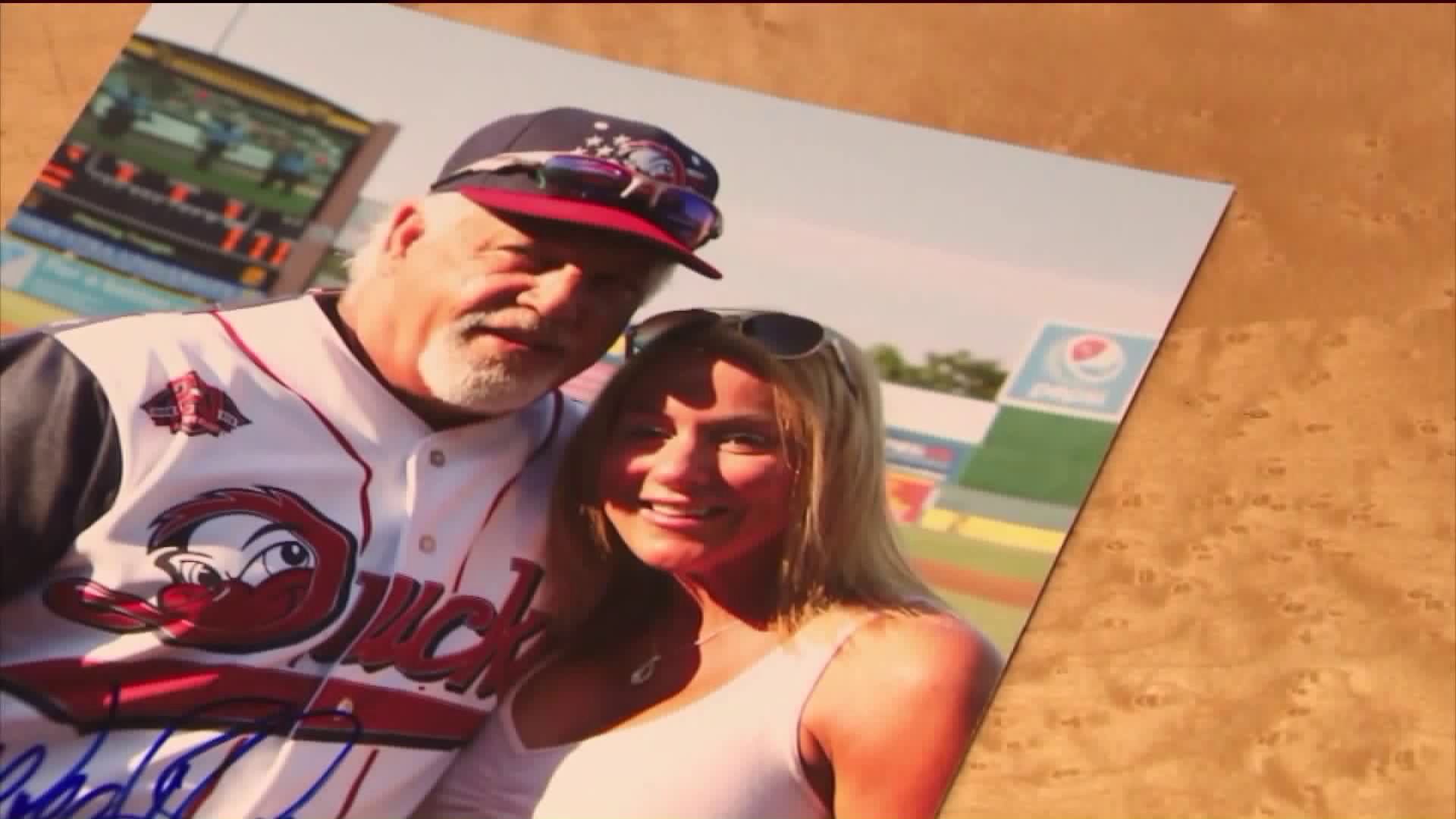 "I never thought he would do this to me," Byrnes told PIX11. "Put me in such fear. I was scared."

Claims of assault, sexual harassment and drunkenness against Backman in the suit.

"When he actually put his hands on me, where my pacemaker is, it boiled down to am I going to live or am I going to die? Is he going to kill me?"

In a lawsuit filed on September 19, Byrnes says Backman shoved her so hard her pacemaker was dislocated and her hand twisted so badly, she claims it is badly sprained and still requires a brace.

The suit is unique in the Byrnes is also pointing blame to Backman's employers.

"We're saying the Ducks and many people in that organization were well aware that Wally was a drunkard and that Wally regularly drank at Ducks games," Byrnes' attorney John Ray said. That drinking, Ray claims, led to much of Backman's alleged disturbing behavior. The suit even alleges that Backman called one of his own Latino players a racial slur.

Backman still currently manages the Ducks and is currently out on the road for a playoff game. His attorney, Stephen Civardi, says his client is denying all of the claims against him. He claims that while the two had a brief affair, Byrnes turned into a stalker and has a history of making false claims and filing false reports.