Teacher fired for a mock slave auction in class gets hired in a mostly black school; she’s assigned to stay home for now 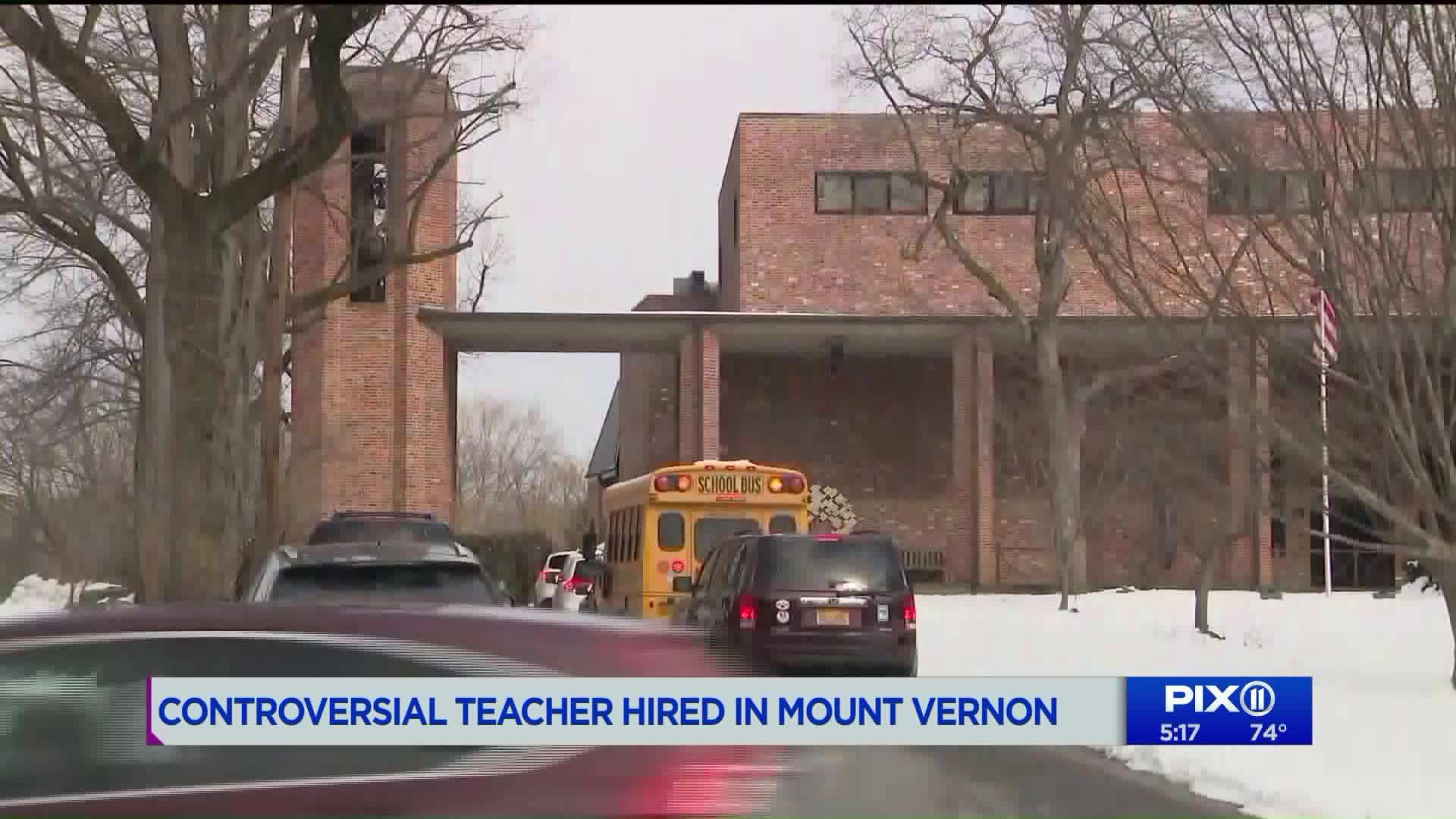 She was fired from a local private school after she`d held a mock slave auction in her classroom last school year. Now, however, teacher Rebecca Antinozzi has been hired to teach in a public school near the private institution from which she`d been dismissed.

MT. VERNON, Westchester County — She was fired from a local private school after she'd held a mock slave auction in her classroom last school year.

Now, however, teacher Rebecca Antinozzi has been hired to teach in a public school near the private institution from which she'd been dismissed. Still, the public school superintendent said on Tuesday that the teacher's days are numbered, in response to parents' outrage.

"That is absolutely unacceptable," said parent Myra Wood, about the hiring of Antinozzi at her daughter's school. "No way she should be here," Wood said.

The move came half a year after the teacher admitted that during a history lesson in her fifth grade classroom at the Chapel School in Bronxville, she had African American students stand before the class while white students bid on them. Antinozzi's attorney said that theincident last March was taken out of context. The teacher's former school, however, concluded that it was cause for dismissal.

"She shouldn't be a teacher, period," said Wood, the parent of two Parker Elementary School students, one in fifth grade, and the other in pre-K. Wood continued, "Accepted into our school district with all our black children? No, that is unacceptable."

"I'm unhappy," said Vincent Tate, the parent of a Parker Elementary kindergartener. "I'm disappointed with Mt. Vernon, with what they did," he said.

However, not every parent feels that way.

"People make mistakes," said Parker Elementary parent Tashia Pope. "Maybe, maybe not," she added, about Antinozzi's chances of staying on staff and flourishing. "We've got to see her attitude, right?"

Chantal Edwards, another Parker Elementary School kindergarten parent, said that she would reserve judgment. "Did she intentionally [hold a slave auction] to be racist?" Edwards asked about the teacher, "or was she trying to brutally re-create a gruesome event of the past?"

The Mount Vernon schools superintendent had been out of town on family business since the weekend, but he told PIX11 News in person on Tuesday that he'd resolved to handle this issue as soon as he "got off the plane."

"She was hired," said Superintendent Kenneth Hamilton. "She worked a few days, and once it reached my attention, she was reassigned home."

Dr. Hamilton said that he plays no role in individual teacher hirings. Instead, he said, it's a process that's approved by the school board.

He said that he'd begun an investigation into Antinozzi's hiring, as well as her prospects for continuing as a Mt. Vernon Public Schools employee.

When PIX11 News asked Hamilton if Antinozzi might be able to return to a Mt. Vernon classroom in an effort to redeem herself as a teacher, the superintendent was blunt.