Man smashes Bronx drive-thru window when told he can’t pick up food on a bike: police 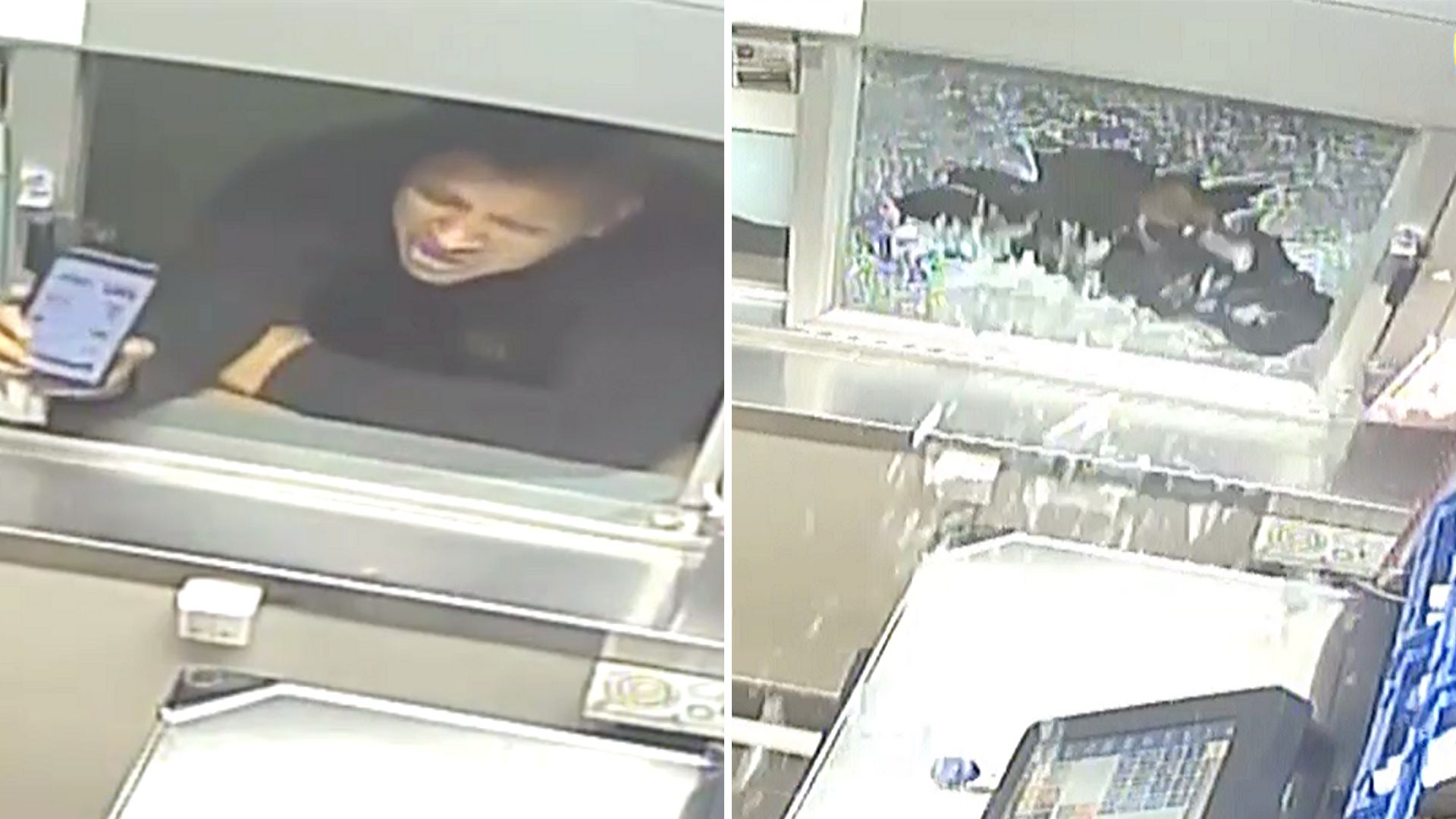 Raw surveillance footage of a man police say used a chain to smash a Burger King drive-thru window in the Woodstock section of the Bronx after an employee told him he could not pick up food at the window on a bicycle.

WOODSTOCK, the Bronx — Police are looking for a man they say smashed a drive-thru window at a Bronx fast food restaurant after a dispute with a teen employee back in August.

It all started just before 8 p.m. on Tuesday, Aug. 27 at a Burger King on East 149th Street in the Woodstock section of the Bronx, police said.

The unidentified man started arguing with a 19-year-old worker after being told he told he could not pick up food at the drive-thru window on a bicycle, authorities said.

In surveillance footage released by the NYPD, the man can be seen aggressively opening the drive-thru window and holding up his phone while arguing with the employee off camera.

Moments later, the man can be seen in the video repeatedly striking the drive-thru window with a chain until it smashes.

Police said they are now looking for the man, who fled the scene in an unknown direction.

There were no injuries reported from the incident, authorities said.