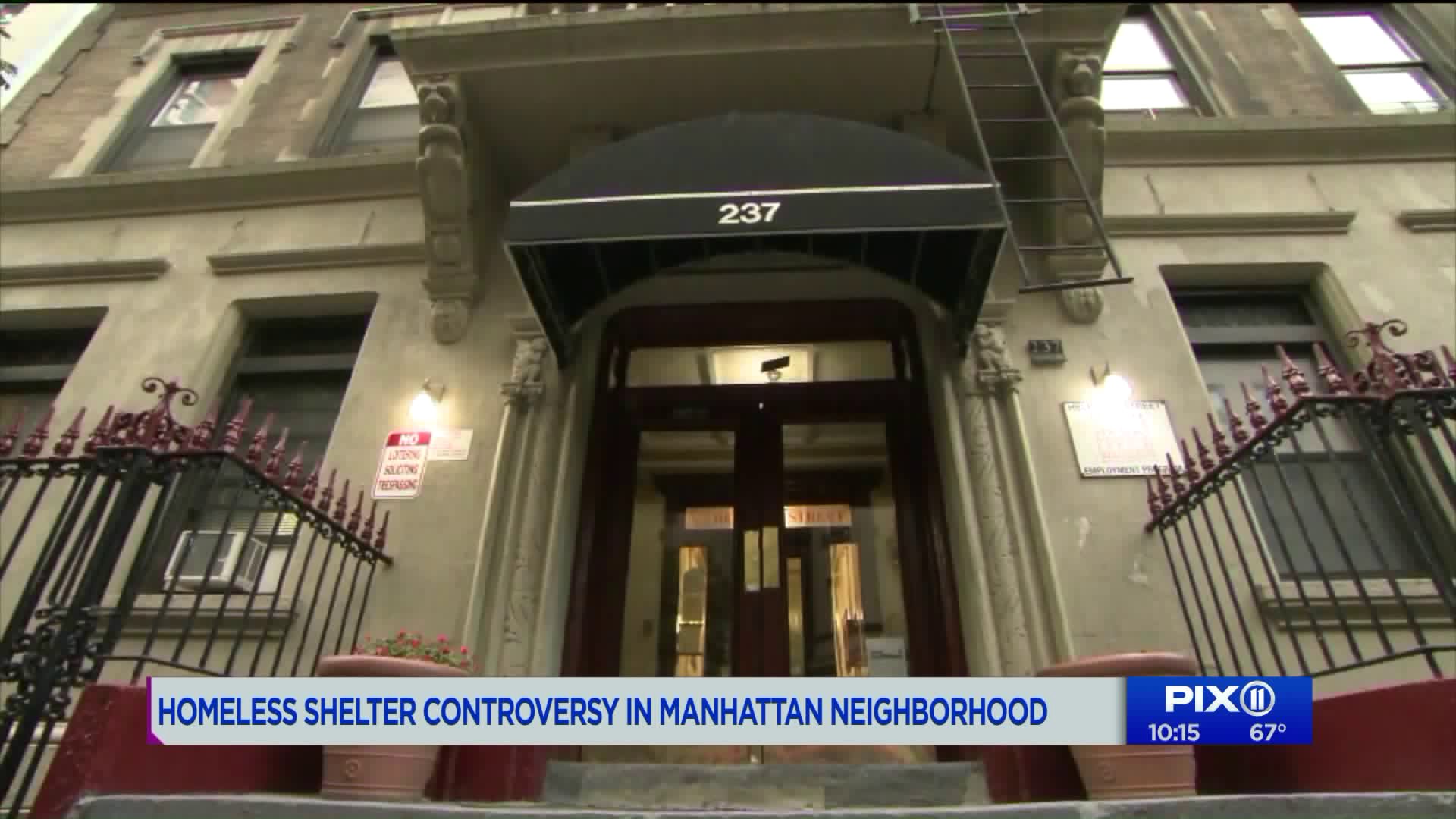 A homeless shelter on West 107th Street in Manhattan Valley, currently housing women, is expected to transition to single adult men in October.

And much of the neighborhood is not happy.

"Once men are involved here, the landscape could potentially change and everybody is concerned," neighbor Ali Jafry said. He lives next door to the shelter and said in recent years the women have been good neighbors.

The New York City Department of Homeless Services recently announced the change and Manhattan's Community Board 7 held a meeting Tuesday night to address it. But a DHS representative didn't come.

This did not sit well with the shelter's neighbors. One man at the open meeting said, "Why are they not here? Why are they hiding from us?"

The current shelter houses 120 women and most have jobs. Tari Wheeler said this shelter helped her get her life together. The Department of Homeless Services said it will move the women to permanent housing or another shelter. While Wheeler doesn't know where she will be sent, she is also worried about the kids in the neighborhood.

Manhattan Valley resident Kurt Pohmer spoke out at the community board meeting.

"The students from Ascension Elementary School on 108th Street actually use 107th Street a playground. Do you want something to happen to one of them? And does DHS want to be liable?" Pohmer asked.

While many in the neighborhood are fighting the men's shelter, Alice Newton wants to give it a chance.

"I think it's just wrong to judge the entire group as we don't want this," Newton said.

A DHS spokesperson told PIX11 News, the city wants to open the men's shelter "ahead of the seasonal increase in the need for shelter for single adult men as winter approaches.”

Community Board 7 unanimously passed a resolution Tuesday night asking the Department of Homeless Services to keep the shelter for women.