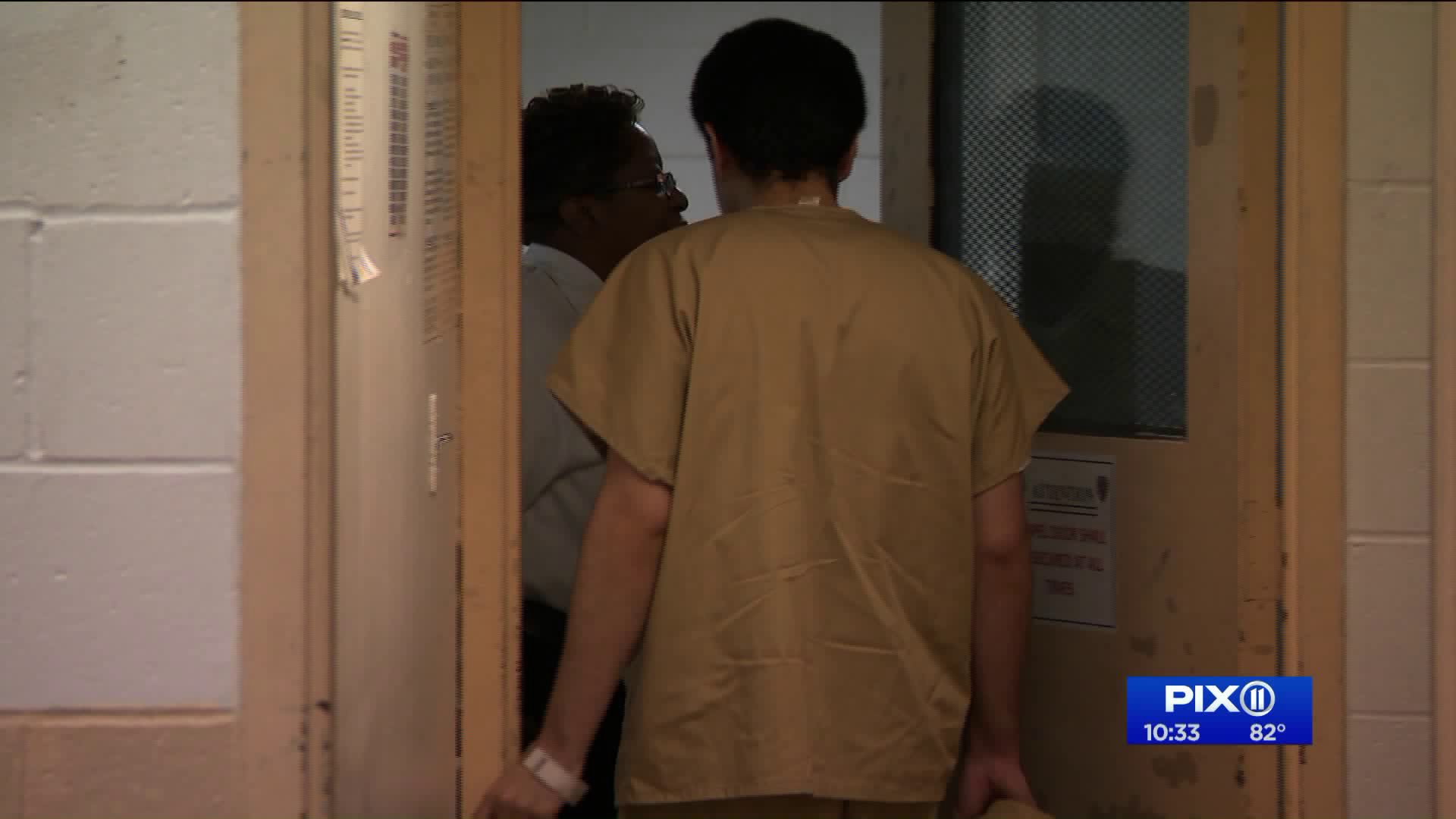 The 91-year-old man that Saul Nunez hit with a cane more than two years ago forgave the young Bronx man a month after the attack, which did not cause serious injury. But Saul is still behind bars despite his battle with schizophrenia.

RIKERS ISLAND — The 91-year-old man that Saul Nunez hit with a cane more than two years ago forgave the young Bronx man a month after the attack, which did not cause serious injury.

Juan Llorens hugged Nunez’s mother on a park bench, telling the worried mom he understood her then 19-year-old son was mentally ill.

Now 21, Saul Nunez has remained behind bars since June 2017. He was diagnosed with schizophrenia shortly after the incident in upper Manhattan.

“I started hearing voices,” Nunez told PIX11 during an interview inside the chapel at the Anna M. Kross Center on Rikers Island. “You hear voices, and you think they’re real, but they’re just not.”

Nunez told the story of getting paranoid in his mid-teen years and then hearing the voices.

“I tried to overdose on Advil,” Nunez said of that time. “I just wanted everything to stop, because the voices were overbearing.”

At one point, Nunez bought a cane.

“I believed that God sent me that cane,” Nunez said. “I believed I was fighting a spiritual war, catching souls or demon spirits.”

After Nunez was arrested for hitting the elderly man, an act caught on surveillance footage, he was diagnosed with schizophrenia at Bellevue Hospital. From there, he was sent to a mental health unit on Rikers Island, where he started receiving monthly shots of Invega, a medicine used to treat schizophrenia.

“I’m aware the voices are not real and they’re just in my head,” he said.

But the psychiatric medicine comes with side effects, causing fatty tissue deposits in his chest, something Nunez has learned to accept.

When I first got here, I felt so terrible that I just ate,” Nunez said.

“I was sad about what happened.”

Nunez’ mother, Rosa Nazar, has faithfully visited Saul on Rikers once or twice a week since his arrest.

“It means she’s here for me in my hardest moments,” Nunez said. “She’s provided for me here; she’s helped me here.”

“I didn’t always have schizophrenia,” Saul Nunez said. “I remember a time when I was fine and I didn’t hear voices.”

It’s a sad truth about a mental illness that usually strikes young men between the ages of 19 and 22.

Serious mental illnesses affect about 7 % of the inmates in New York City jails, with a higher percentage impacted by anxiety and depression.

And even as Nunez struggles with a difficult mental illness, he sees hope for his future.

“I see myself as a young man who has a long life to live. Now that my mind is clear, I feel I can get a lot of things accomplished.”

The Manhattan District Attorney’s office has recently moved Nunez’ case from criminal to mental health court. Nunez will need psychiatric evaluations to see what kind of program could help him remain stable. He knows he needs to take his medicine.

When we asked Saul Nunez why he agreed to our interview, he responded, “I just wanted a voice. I felt I was thrown in jail.”

“I was already suffering from a mental illness.”

Nunez said he gets solace from reading scripture.

“I would like to work in the library,” he said.