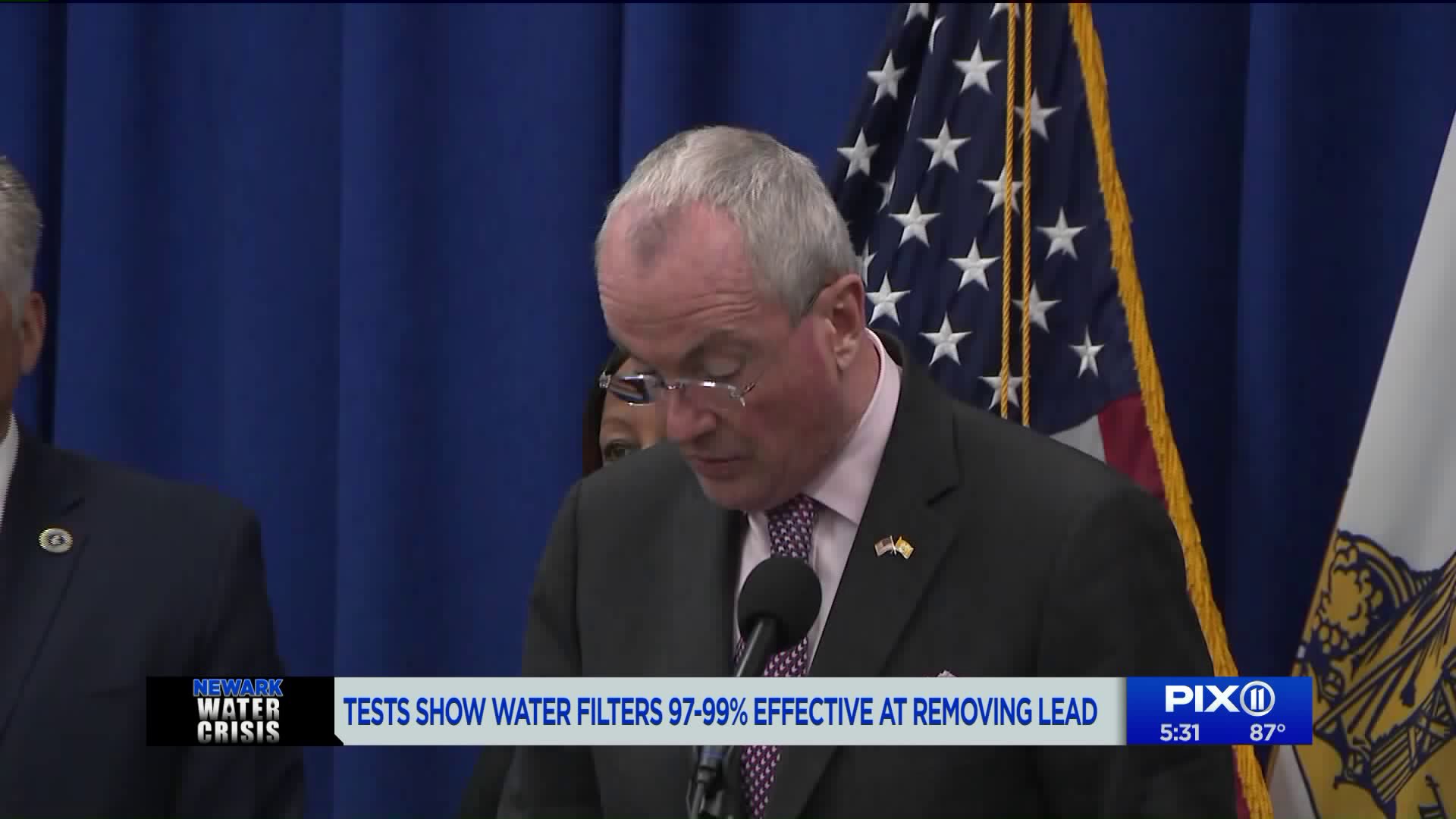 Sampling in hundreds of Newark homes exposed to lead in drinking water has found that up to 99 percent of city-issued water filters are working, city and state officials said Monday.

NEWARK, N.J.  — Sampling in hundreds of Newark homes exposed to lead in drinking water has found that up to 99 percent of city-issued water filters are working, city and state officials said Monday.

People wait in line for bottled water at a recreation center on August 13, 2019 in Newark, New Jersey. Residents of Newark, the largest city in New Jersey, are to receive free water after lead was found in the tap water. It was reported over the weekend that lead levels in some areas of the city were still not safe and the city has begun distributing bottled water for cooking and drinking. (Spencer Platt/Getty Images)

Tests over the past several weeks were performed after water in two homes with lead pipes showed elevated lead levels last month despite using the filters. Since then, residents in about 14,000 homes have been receiving bottled water distributed by the city and religious groups.

Democratic Gov. Phil Murphy said Monday that about 300 homes were tested and that 97 percent of the filters worked effectively when the tap was turned on. That number rose to 99 percent if water ran for 5 minutes before samples were taken.

"This is a welcome jolt of positive news," Murphy said.

City officials said Monday they would continue distributing bottled water for the time being, until a final report on the sampling is issued and a community assistance program is set up to help ensure all affected residents are using the filters properly.

"This is not a victory lap," Newark Mayor Ras Baraka said. "It is good news in a long and arduous task to make sure we have good, clean drinking water."

Newark began passing out the filters last fall after the city's water treatment program, which is supposed to coat the inside of pipes to stop lead from leaching into the water, was found to be ineffective. The city switched to a different chemical to treat the water this spring, but the full effect isn't expected to be seen for several more months.

After initial estimates that it would take up to 10 years to replace lead pipes in about 18,000 homes, Baraka announced last month the city would borrow $120 million to expedite the process to as quickly as 24 to 30 months.

A lawsuit in federal court claims Newark officials downplayed the problem and failed to adequately notify the public after it became clear the water treatment program was failing in early 2018. Baraka and others have denied the allegations.