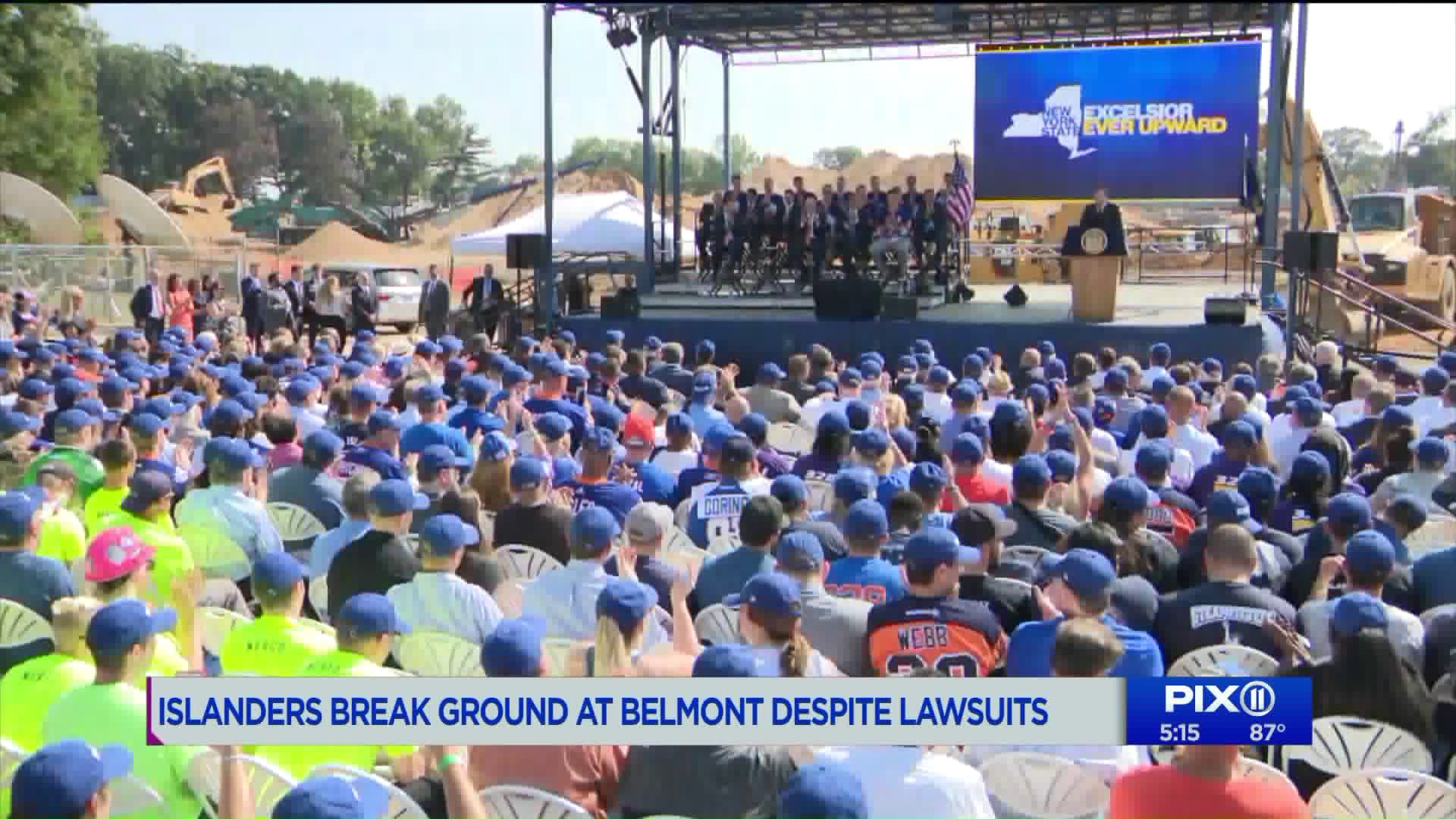 Work has begun on a $1.3 billion arena for the New York Islanders at Belmont Park.

ELMONT, N.Y. — Work has begun on a $1.3 billion arena for the New York Islanders hockey team at Belmont Park.

The 19,000-seat arena will also include shops, restaurants and a hotel. Work is expected to be completed in time for the 2021-2022 season.

Until then, the Islanders will play home games at the Nassau Coliseum and the Barclays Center in Brooklyn.

The arena is being built on state-owned property. As part of the work, developers have agreed to pay to build a new Long Island Rail Road station nearby.