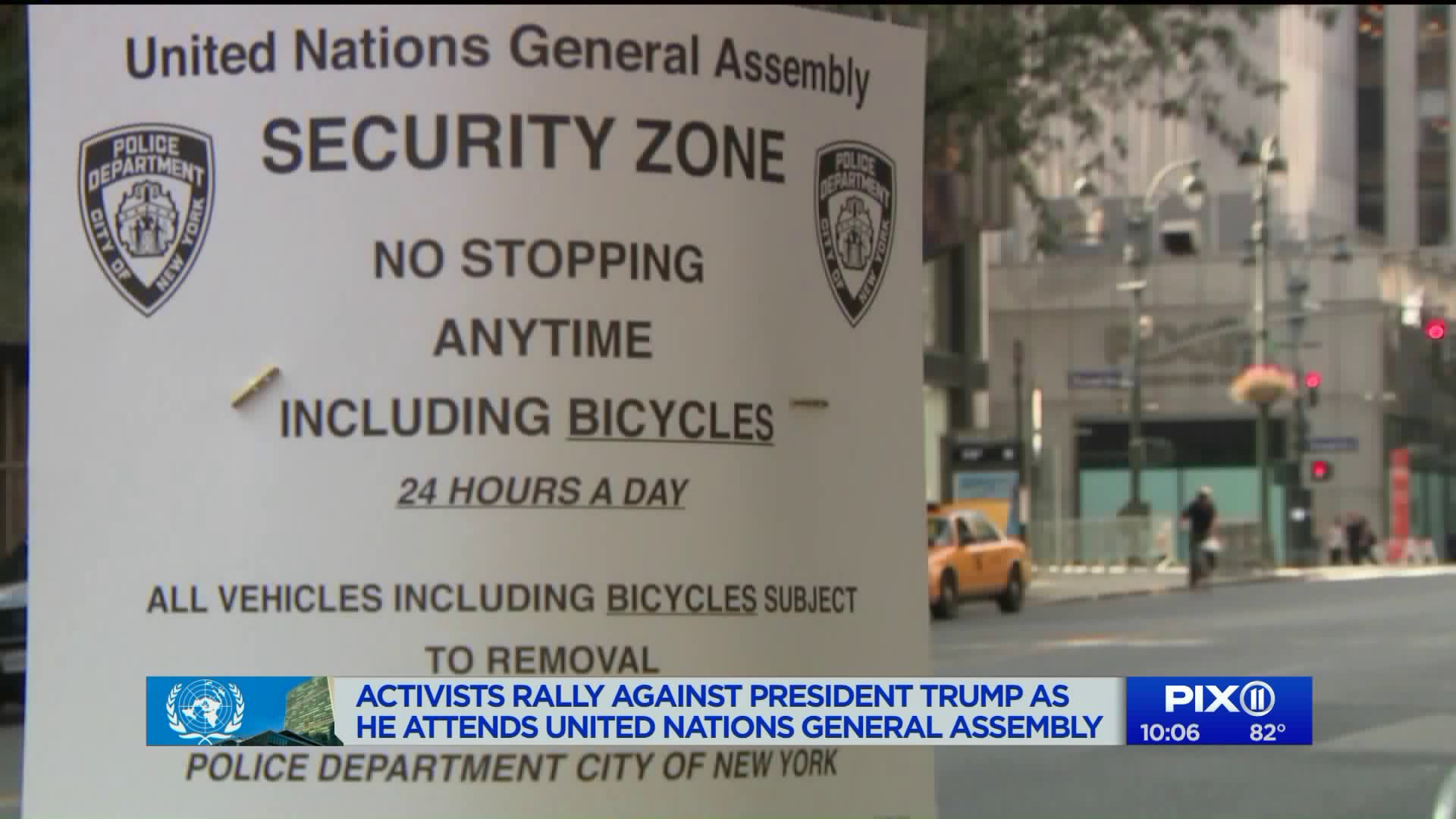 As the UN General Assemby began, activists on both sides wanted the president to know how they felt.

MANHATTAN — New Yorkers are passionate about their political leaders, they either love them or hate them.

President Trump has his supporters but also a growing number of critics who are united against many of his policies. Monday, they staged a peaceful but noisy protest in Washington Square Park.

More than 200 members of the Rise and Resist activist group marched from Bryant Park to Washington Square Park Monday evening. Their placards and hand-painted signs clearly stated their negative feelings about the 45th President. There was anger in their voices.

On the other side of the fountain, a handful of Trump supporters got into a shouting match with the naysayers.

Meanwhile, President Trump was with a friendlier crowd uptown where he was meeting many world leaders and attending the 74th annual UN General Assembly.