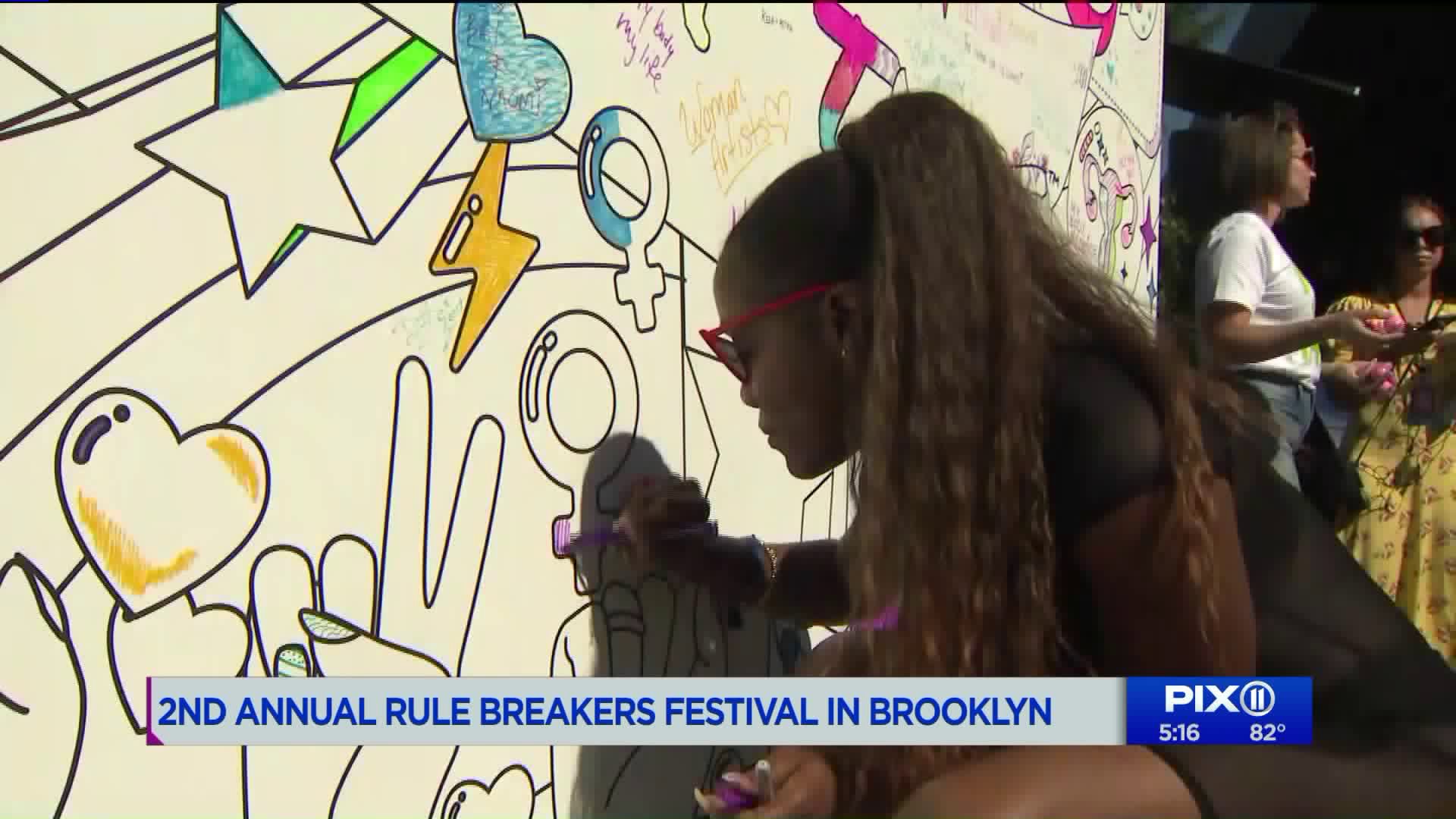 It’s a celebration of the spectrum of gender identities — not exclusively male or female.

Jesse Jo Stark, one of the festival’s performers, says she breaks rule every day just by being herself.

More than 6,000 people are expected to hear headliner Lizzo, but before the performance, there were so many other activities at the Lefrak Center Lakeside in Prospect Park, including a food village, a roller rink and a wall where you can say anything you want.

Lisa Tobin, another Rule Breakers attendee, told PIX11 why she came to this event.

“I’m a carefree black girl following whatever I want,” Quanna Bolden, rule breaker festival attendee from Flatbush, told PIX11 News. “But it doesn’t matter if you are white, blue, red, any color, it’s just allowing yourself to be who you want to be,” she added.

Author Sophia Chang epitomizes a rule breaker, just out with her memoir, "The Baddest (...uh, woman...) in the Room".

“I am all about breaking the rules."