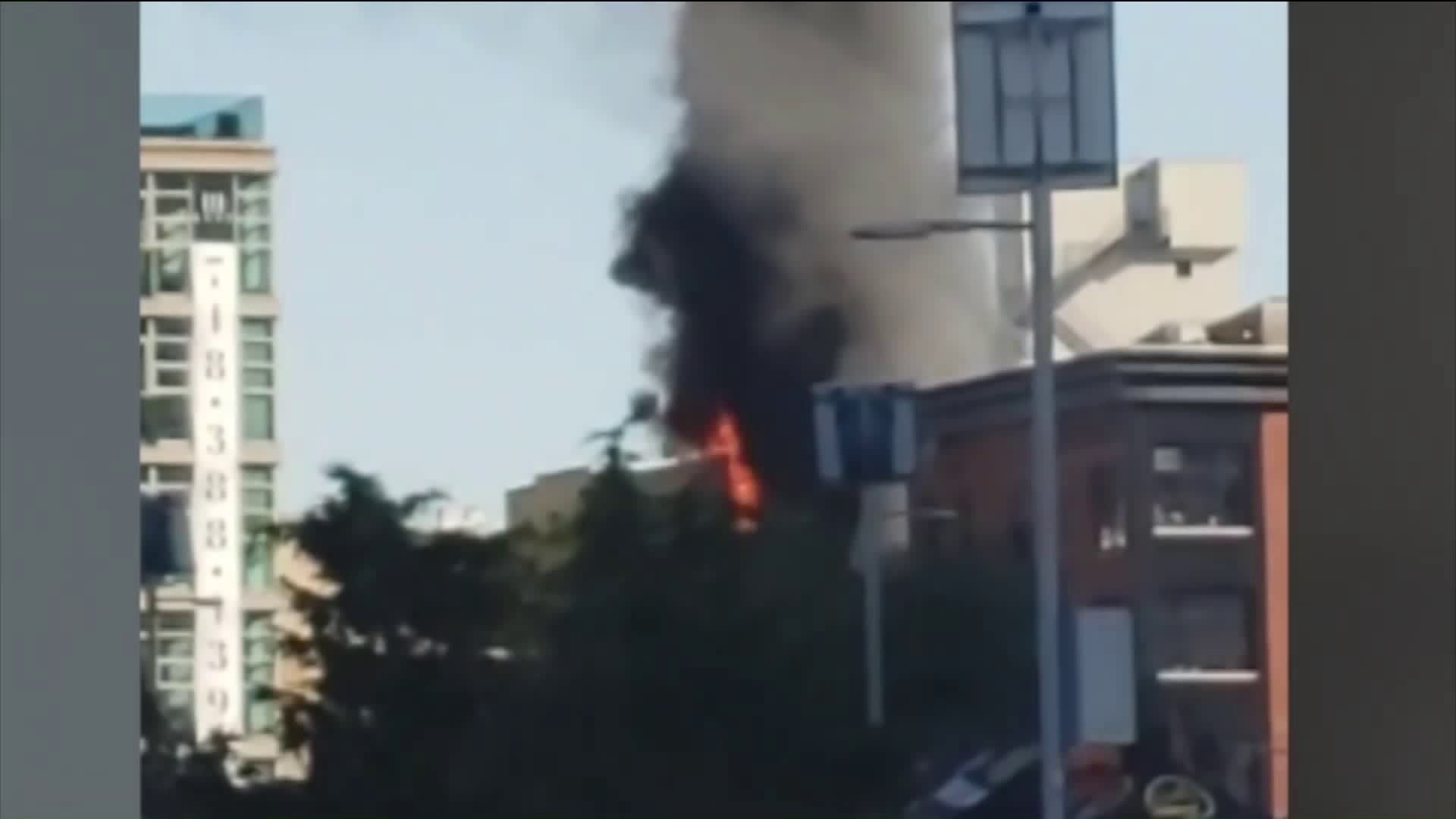 WILLIAMSBURG, Brooklyn — Black smoke billowed from a fire in Williamsburg Saturday, visible from across the east river near the Williamsburg Bridge.

The fire, which happened at an apartment building on North 7th Street in Brooklyn, was near the popular season outdoor food market Smorgasburg, which draws tens of thousands of people to Williamsburg each Saturday. Video from the Citizen App showed the smoke and flames.

"I'm pissed" said Aisling Murray who got one of her two cats out of the burning building.

She's not sure where the other one is and is hoping her missing pet is okay.

She's angry because she feels the fire should have been prevented.

"They shouldn't allow fire barbecues like that, and I think that's what caused the fire."

About a hundred firefighters responded to the blaze that started shortly after 4pm Saturday afternoon.

It took about a hundred firefighters an hour to get the blaze under control.

The FDNY says the fire started on an outside patio, possibly from a barbecue too close to the exterior wall of the building.

The blaze spread up the wall of the building and flames then leapt from the burning wall to the building next door.

When asked if the BBQ was the cause, McNally said "that would probably be a good guess."

A handful of apartments are uninhabitable due to heavy smoke, fire and water damage.

Murray's was one of them.

"I was told the red cross is going to put us up somewhere, so I don't know, but I have friends."

The landlord of the damaged building next to the building where the fire started is glad everyone is okay, but is also angry.

"The whole thing started from a barbecue gone wrong on the building next door," said landlord Sonny Mukhopadhyay.

So far no charges have been filed.