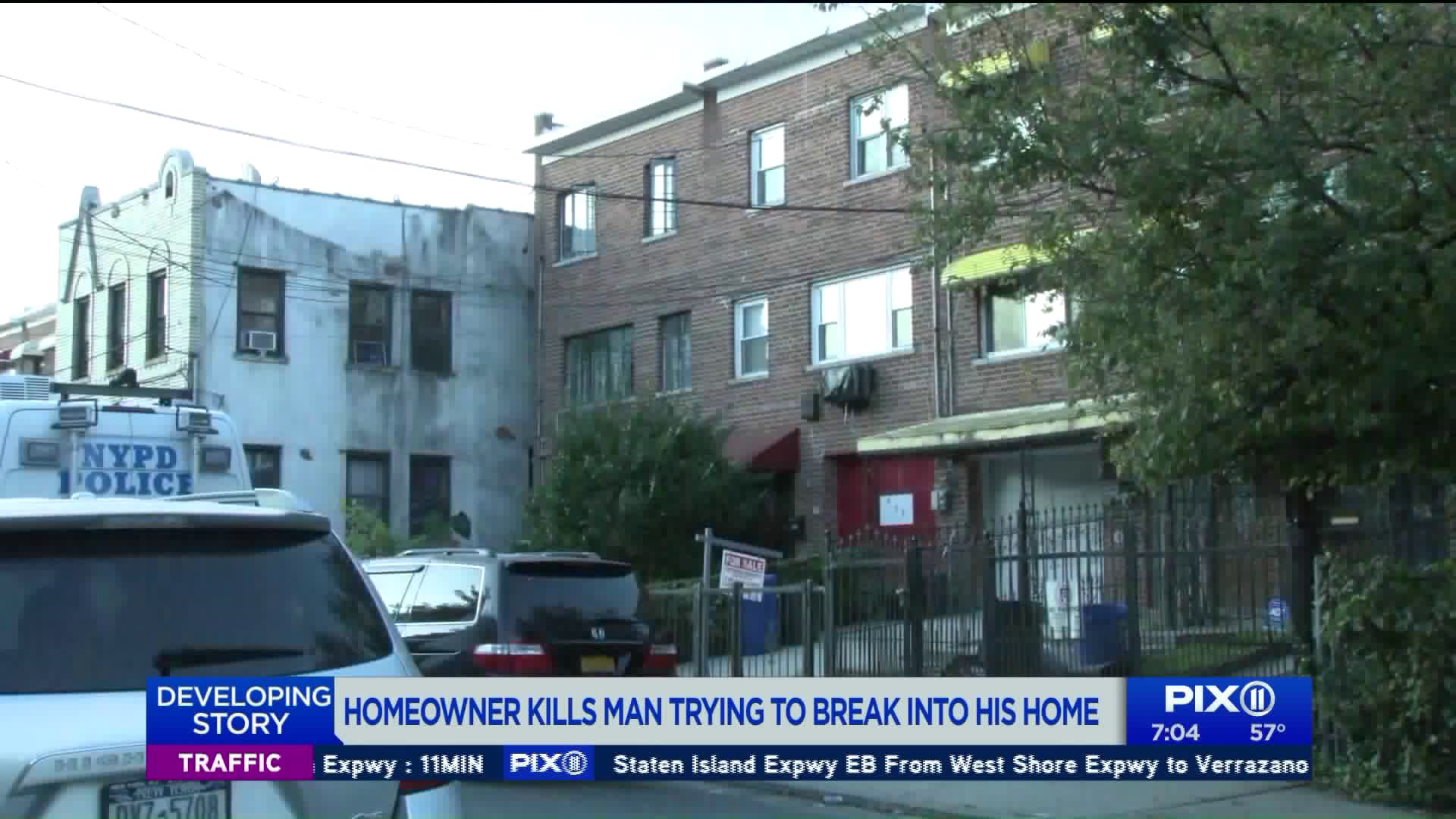 A would-be robber was allegedly killed by the man whose house he was trying to break into late Thursday.

WAKEFIELD, the Bronx — A homeowner who allegedly killed a man who tried to break into his Bronx home was arrested Friday morning.

Troy George, 54, faces murder charges after he allegedly chased a 29-year-old would-be robbery and struck him with a metal pipe, according to police.

Police initially responded to a call of a robbery in progress in the vicinity of East 223rd Street and Barnes Avenue just before midnight Thursday.

According to police, the George confronted the would-be robber in his backyard. When the man fled, George chased him down and struck him in the head with the metal pipe, according to police.

When they arrived, officers found the 29-year-old man unconscious and unresponsive with trauma to his head, according to police. He was pronounced dead at the scene.