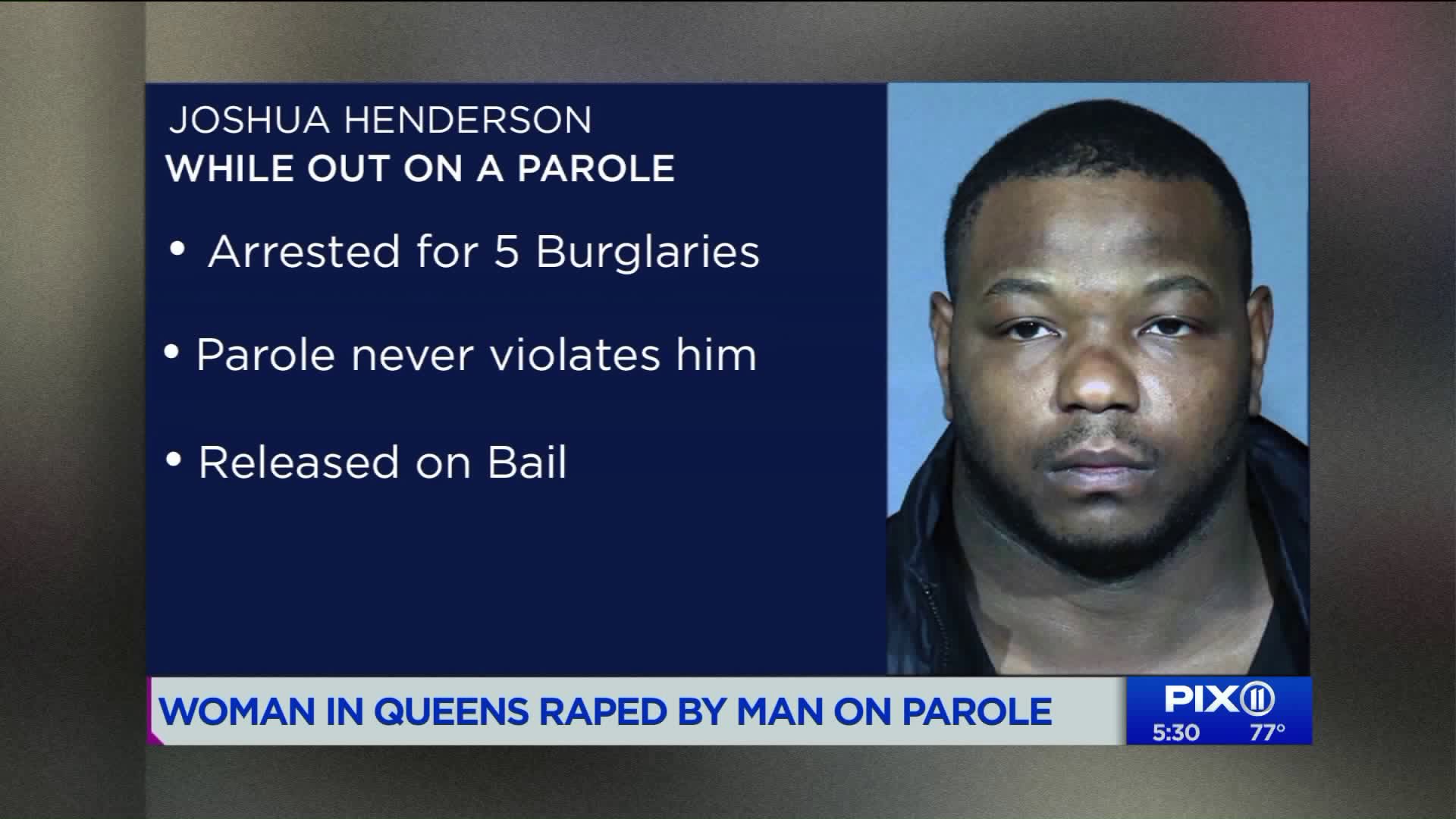 When police arrested Joshua Henderson for raping a woman in Ozone Park, they say he should have been behind bars.

OZONE PARK, Queens — When police arrested Joshua Henderson for raping a woman in Ozone Park, they say he should have been behind bars.

But somehow Henderson fell through the cracks of our criminal justice system.

"This is not an isolated incident," said NYPD Chief of Detectives Dermot Shea. "We see this far too often. It's troubling for the safety of all New Yorkers."

What is so troubling to police is Henderson’s criminal history, as his rap sheet dates back about 17 years.

In 2009, Henderson pled guilty to a pattern of burglaries and was sentenced to 12 years in prison. He was paroled in 2018 after serving nine years and remains so until 2023.

While out on parole, Henderson has been arrested for five suspected burglaries and released on bail. Parole never violates him.

While out on bail he was arrested for grand larceny, police say for using stolen credit cards from a prior burglary. He was given bail and parole never violates him.

"That individual gets arrested another time in Brooklyn after that... and this woman is scarred for life."

The victim was home in Ozone Park with her son, when police say Henderson — posing as a construction worker — tries to get into her apartment. When that didn’t work, he apparently used a fire escape to get in through a window.

While inside, Henderson allegedly tied up the victim and her son before violating her Monday night. By Wednesday, police arrested the 33-year-old at IC Bail Bonds, who secured his bail from before.

"We don't want career criminals that have a propensity for violence that over and over have been given chances and hurt New Yorkers being released before detectives have done the paperwork," said Shea. "Let's have those hard conversations."