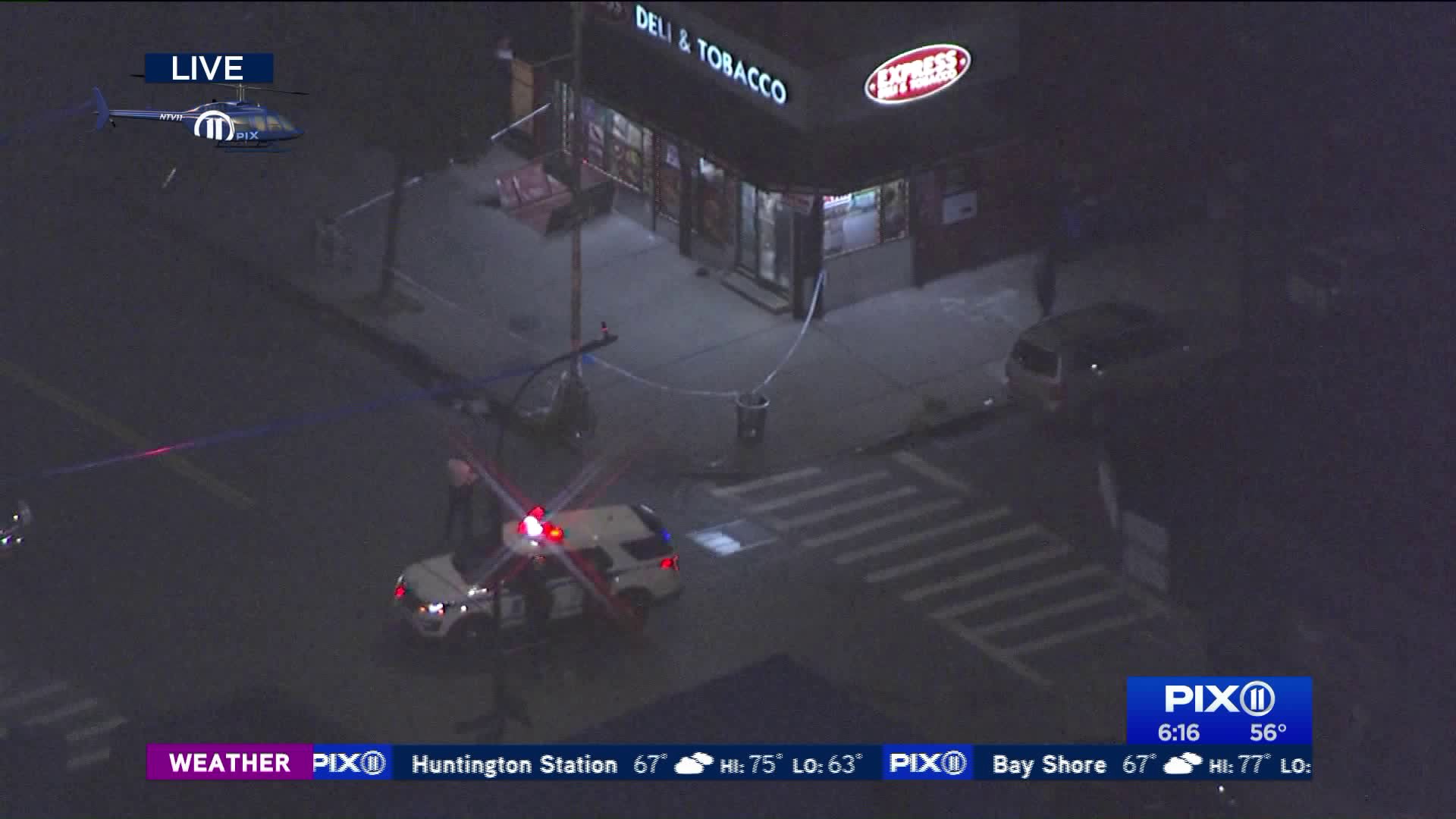 Police are investigating after a man was fatally stabbed during an altercation at a Williamsburg deli. Two men are being sought.

WILLIAMSBURG, Brooklyn — A man was stabbed and killed during a dispute at a Brooklyn deli early Friday.

It happened in the vicinity of Graham Avenue and Boerum Street in Williamsburg just after 4 a.m.

A 37-year-old man got into an altercation with two other men inside the Express Deli when he was stabbed several times throughout his body and back, according to police.

The victim was taken to the hospital where he was pronounced dead.

The alleged attackers fled the scene in a black Jeep, police said.