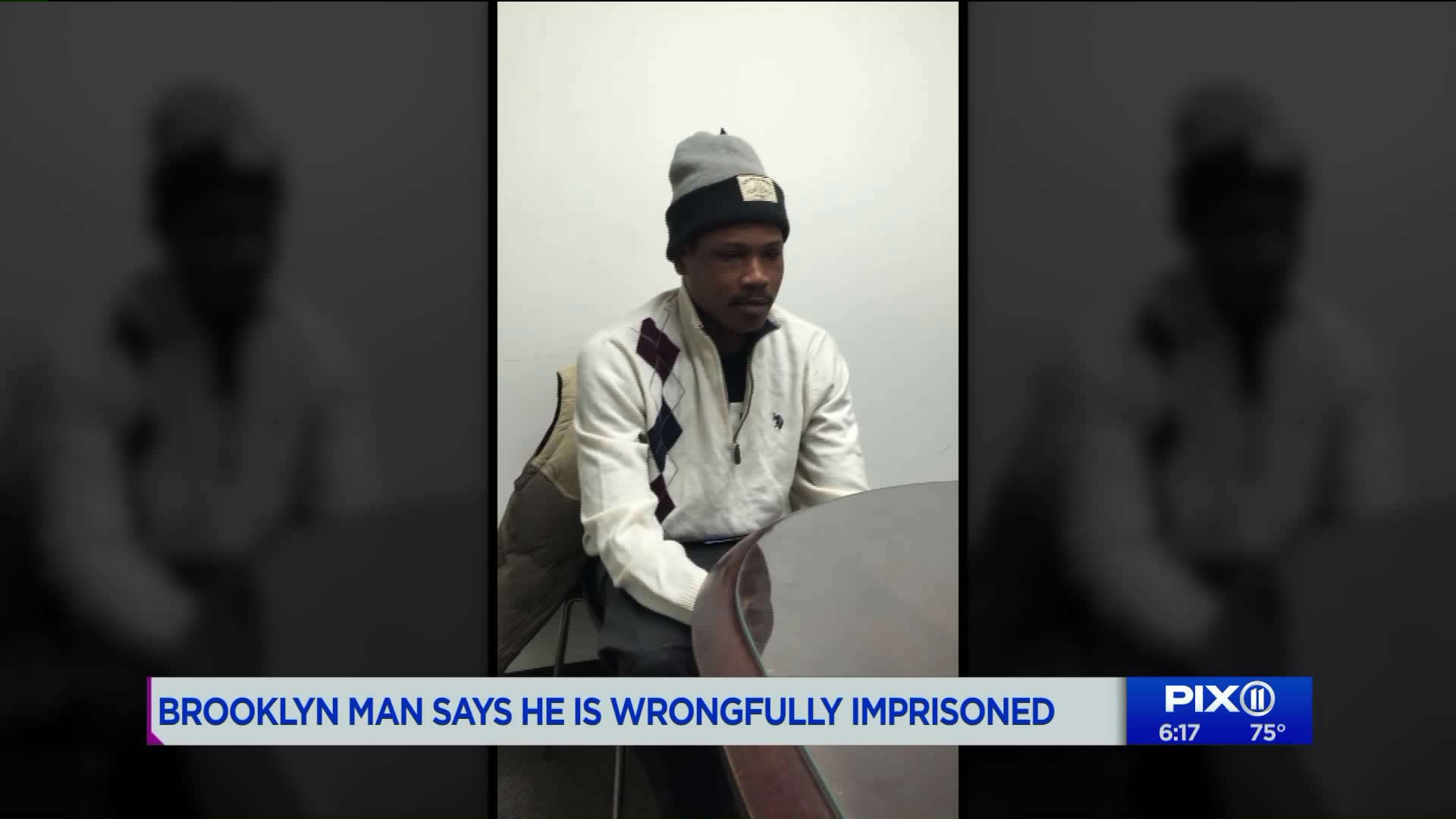 A Brooklyn man is fighting to have his gun possession conviction overturned.

A Brooklyn man is fighting to have his gun possession conviction overturned.

In an exclusive interview with PIX11 from prison, Shamel Amos insists he is serving a sentence for weapons that a friend confessed to owning on video.

In 2016 Shamel Amos and Dwight Pitman were lifelong friends. So when Pitman became homeless, Amos’ family took him in. Their new houseguest had a secret.

On December 20, 2016 the NYPD received a tip, secured a search warrant and raided the family’s home in Flatbush.

“They had everybody lay on the floor,” Jordan said.

Police found a bag filled with guns in the closet Pitman was using. But Pitman wasn’t home. Amos was in the home, he was arrested and charged with several counts of criminal gun possession.

After learning of his friend’s arrest, Dwight Pitman went to Amos’ Legal Aid attorney and claimed full responsibility for the guns.

In the video Pitman says, “I can tell you, all of them, they was mines, nobody knew, nobody knew nothing about it.”

But by the time Pitman came forward, Shamel was facing mounting pressure. He accepted a plea deal fearing he could get even more time in prison if the case went to trial.

Bonus has now filed a motion to have Amos’ conviction overturned.

In an unexpected development, Pitman was shot and killed in 2018 before he could testify in court.

For Amos’ family, the entire ordeal has been excruciating.

“I don’t know what I will say to my daughter, why is your father in jail for something that he didn’t do,” said Keisha Colquhoun, Amos’ fiancé,