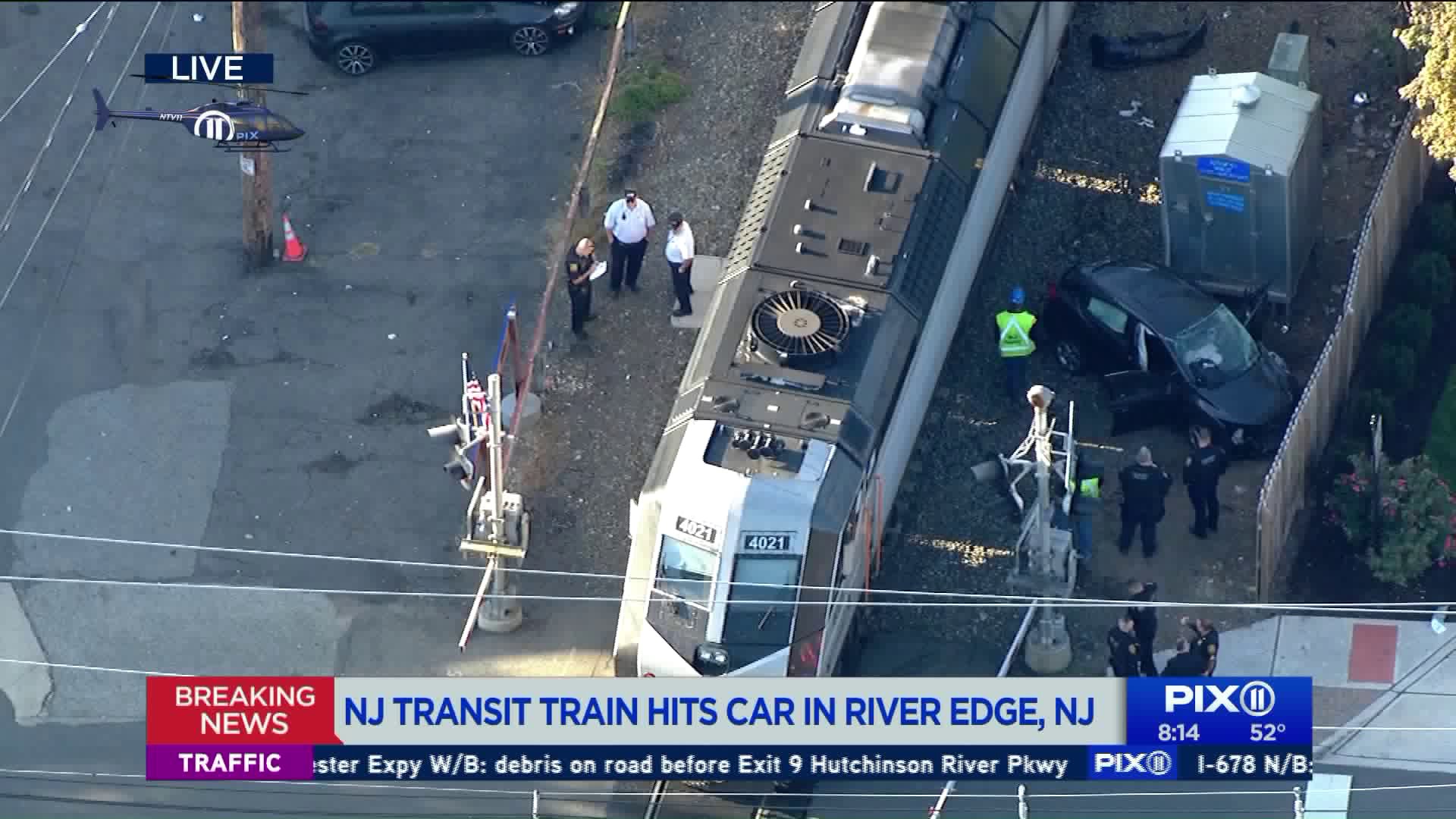 Emergency responders were on scene after a vehicle collided with a train in New Jersey Thursday morning. It happened in the vicinity of New Bridge Road and Main Street in River Edge around 7:30 a.m. near the New Bridge Landing station. The Pascack Valley Line rail service is suspended in both directions, according to the New Jersey Transit website. NJ Transit Bus is cross-honoring rail tickets and passes. AIR11 was over the scene, where firefighters worked to remove the occupants of the vehicle.

RIVER EDGE, N.J. — Two people were injured when a train collided with a vehicle in New Jersey Thursday morning.

The train, which carried about 400 customers and crew members, was scheduled to arrive at Hoboken around 8:05 a.m., according to New Jersey Transit officials. There were no injuries to passengers on the train.

The Pascack Valley Line rail service has resumed with residual delays after the line was temporarily suspended, according to the New Jersey Transit website.

AIR11 was over the scene, where firefighters worked to remove the occupants of the vehicle.