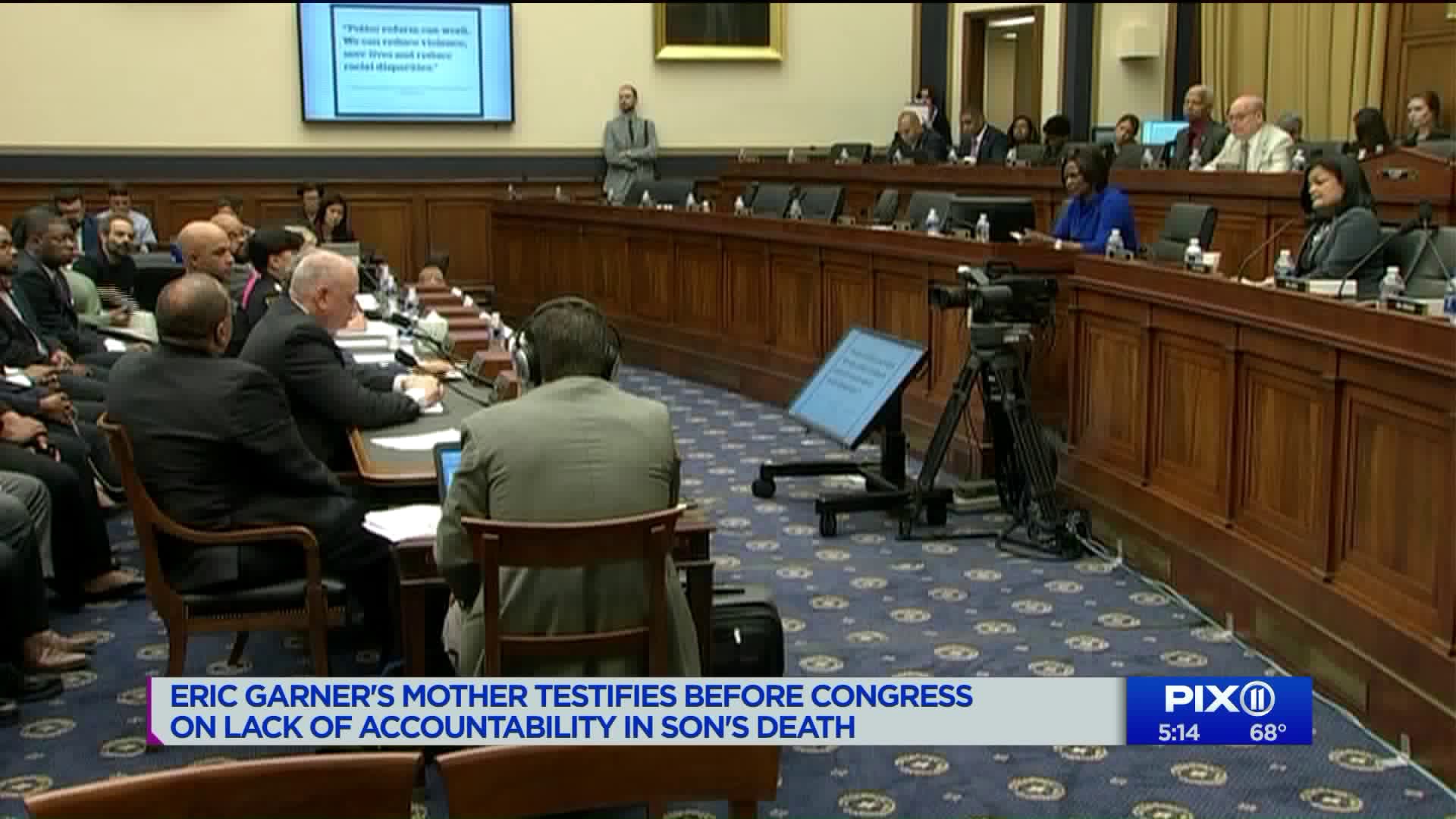 Gwen Carr said the lack of accountability following her son’s death and the five years it took to even get a charging decision from the from the justice department are signs of a cry out for change.

“No one was held accountable, no one was held and charged for my sons death,” Carr said to members of the House of Representatives' Judiciary Committee.

Rev. Sharpton expanded on those comments after Carr was done speaking.

“I think what we need is clear legislation on where the police are to be dealing with federal charges, what rises to the bar of a federal crime. It is too nebulous now,” he said.

For the most part, the committee listened to a variety of subject matter experts. Notably, Republican members wanted to underscore they feel the vast majority of police officers are well-meaning.

There was also a strange series of exchanges between Sharpton and Congressman Matt Gaetz. Gaetz pressed Sharpton about his long, and at times controversial history of activism and Sharpton’s relationships with other media personalities.

Sharpton fired back when the Congressman would not let him fully respond and at one point said “this has nothing to do with policing.”

There is specific anti-chokehold legislation about to be re-introduced by New York City Congressman Hakeem Jeffries.

It was introduced in 2015 about a year after the Garner’s death but did not go anywhere in a Republican controlled congress.