Threats made toward Oceanside school after deadly brawl not credible: police 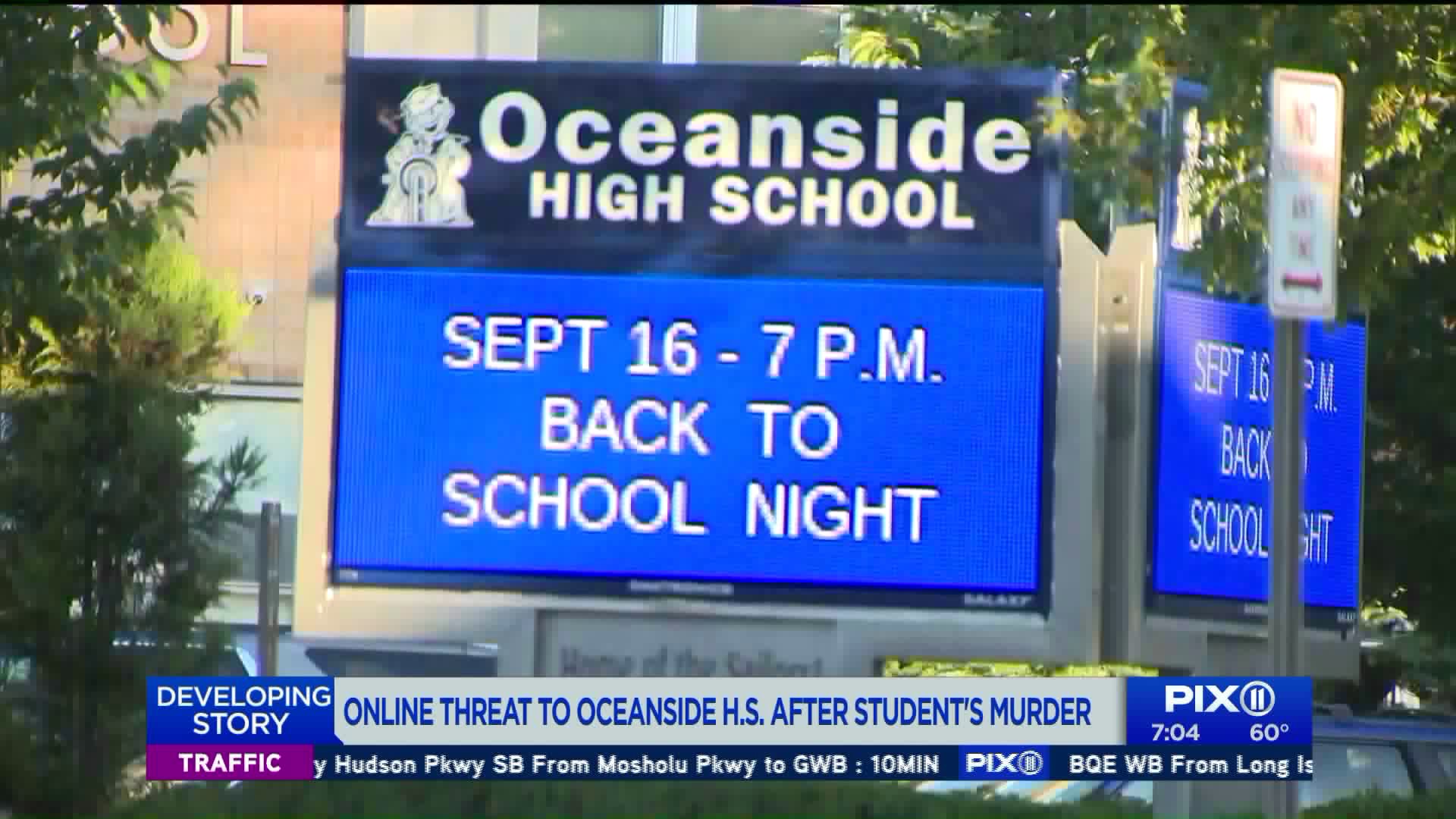 Police were investigating Wednesday after unconfirmed threats were reportedly made online Tuesday to Oceanside High School on Long Island, just days after 16-year-old Khaseen Morris was stabbed to death during a large brawl between students off school property on Monday, according to police.

OCEANSIDE, N.Y. — Hours after family and friends held a vigil for a teen who was stabbed to death during an after-school fight, police investigated unconfirmed threats made to a Long Island high school.

"At this time these threats do not appear credible," Detective Lieutenant Richard LeBrun of the Nassau County Police said Wednesday afternoon.

Nassau County Police also said Wednesday that they increased their patrols at the high school "in an abundance of caution," and were working with the administration to ensure the safety for students and faculty.

A massive brawl broke out at a strip mall along Brower Avenue in Oceanside around 3:45 p.m. Monday after a large group of teens had gotten out of nearby Oceanside High School.

Khaseen Morris, 16, was stabbed in the chest. He was taken to the hospital where he later died.

Morris had just transferred this school year. According to police and his family, he'd been told someone was looking for him, regarding a girl he'd befriended.

Dozens of students were present, many allegedly filmed the attack.

"There's got to be about 50, 60, 70 kids here," said Detective Lt. Stephen Fitzpatrick, the commander of the Nassau County Police Homicide Division at a news conference at the crime scene on Tuesday morning. "We have a handful of kids that have come forward who have identified people involved in this."