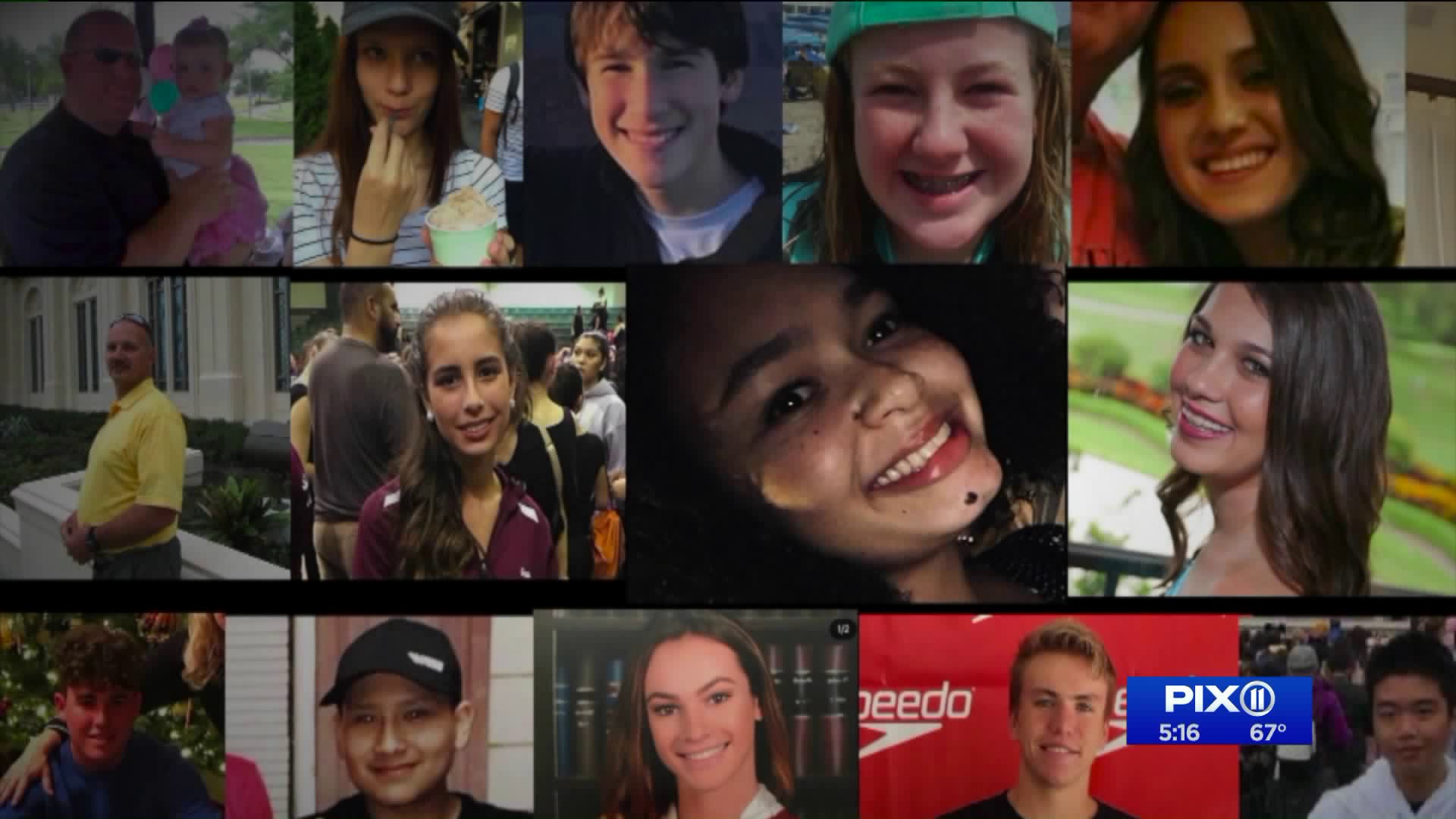 It begins with a smiling teen boy, opening his locker to retrieve the "perfect" backpack that his mom bought him. It ends with a young girl, in tears, texting a goodbye to her mother as a door opens and foot steps approach. The "Back to School Essentials" public service announcement, which debuted Wednesday morning, purports to show off the items every student needs to have in the new school year. But in reality, it`s a chilling battle cry against school shootings which stresses that these acts of violence can be prevented.

It begins with a smiling teen boy, opening his locker to retrieve the "perfect" backpack that his mom bought him.

It ends with a young girl, in tears, texting a goodbye to her mother as a door opens and foot steps approach.

The "Back to School Essentials" public service announcement, which debuted Wednesday morning, purports to show off the items every student needs to have in the new school year. But in reality, it's a chilling battle cry against school shootings which stresses that these acts of violence can be prevented.

You can watch it here. But be warned: it's upsetting.

The PSA was created by Sandy Hook Promise, the nonprofit formed after the 2012 shooting at Sandy Hook Elementary School in Newtown, Connecticut, that killed 20 students and six adults.

In addition to the teen with the backpack, the PSA features cheery music and students showing off their new binders and headphones.

But then the PSA then takes a turn, showing a student running through a hallway.

"These new sneakers are just what I needed for the new year," the student says as screams and gunshots are heard in the background.

Other students extol the virtues of jackets (to help secure doors), skateboards (to break windows), socks (to use as a tourniquet) and scissors and colored pencils (to fight off attackers).

NYC Public Schools certainly remind students of the threat daily with a NYPD School Safety Officer sitting near the front door of most schools.  However, Mayor Bill de Blasio tweeted that the video is an important reminder of the very real danger students face.

“That’s too much; children should not have to worry about that. That’s what adults are for,” said high school parent Dr. Ron Kosinski.

Most parents, like Kosinski, do however advocate for saying something to children about the threat.  Kosinski tells his children to be aware of their surroundings, and pay attention to drills schools hold.

It's supposed to be emotional

But the PSA's most harrowing image is the last one. A girl hides in a bathroom, clutching her sparkling pink phone.

"I finally got my own phone to stay in touch with my mom," she says tearfully, just after texting an "I love you" message to her mother. Then the sound of a door creaking open is heard, followed by footsteps entering her hiding place.

The spot ends with this ominous tag line: "It's back to school time. You know what that means."

The emotional starkness of the PSA is intentional.

"It's meant to be an intense video," Nicole Hockley, managing director of Sandy Hook Promise, told CNN's "New Day" Wednesday. Her son, 6-year-old Dylan Hockley, was killed in the Sandy Hook shooting. "This is what our kids are experiencing now in school."

Hockley said Sandy Hook Promise puts out a new PSA at the start of every school year to teach people that school shootings and gun violence can be prevented.

"We wanted to focus on this back-to-school time because parents still think of it as this rosy time where you're getting your staplers, shoes, folders and binders," she said. "Whereas, it's back to a time of violence for a lot of kids."

The PSA fits Sandy Hook Promise's mission to empower America's school kids with tools so they can look after themselves and their peers.

She hasn't given up hope

Asked if she was surprised that the latest mass shootings in California, Ohio and Texas hadn't spurred Congress to act on gun violence, Hockley said the conversation around guns is slowly changing.

"I think each time, sadly, we are moving closer to the time that it's going to be different (after a shooting). A lot has changed since Sandy Hook," said said. "The recent back-to-back shootings are so heartbreaking. The conversation continues to happen. More people are getting involved. Legislation is available in Congress right now that can start to chip away at these acts of violence. Prevention, plus legislation, that's the cure to this."

She adds that a universal background check bill that passed the House but is stalled in the Senate isn't controversial legislation. She feels the people want it so Congress should respond.

She remains confident that the work that Sandy Hook Promise and others are doing to address gun violence can reverse the "new normal" in America's schools.

"I always have hope. I absolutely know that we can prevent this," she said. "I know we can stem this tide. We just need to keep chipping away."