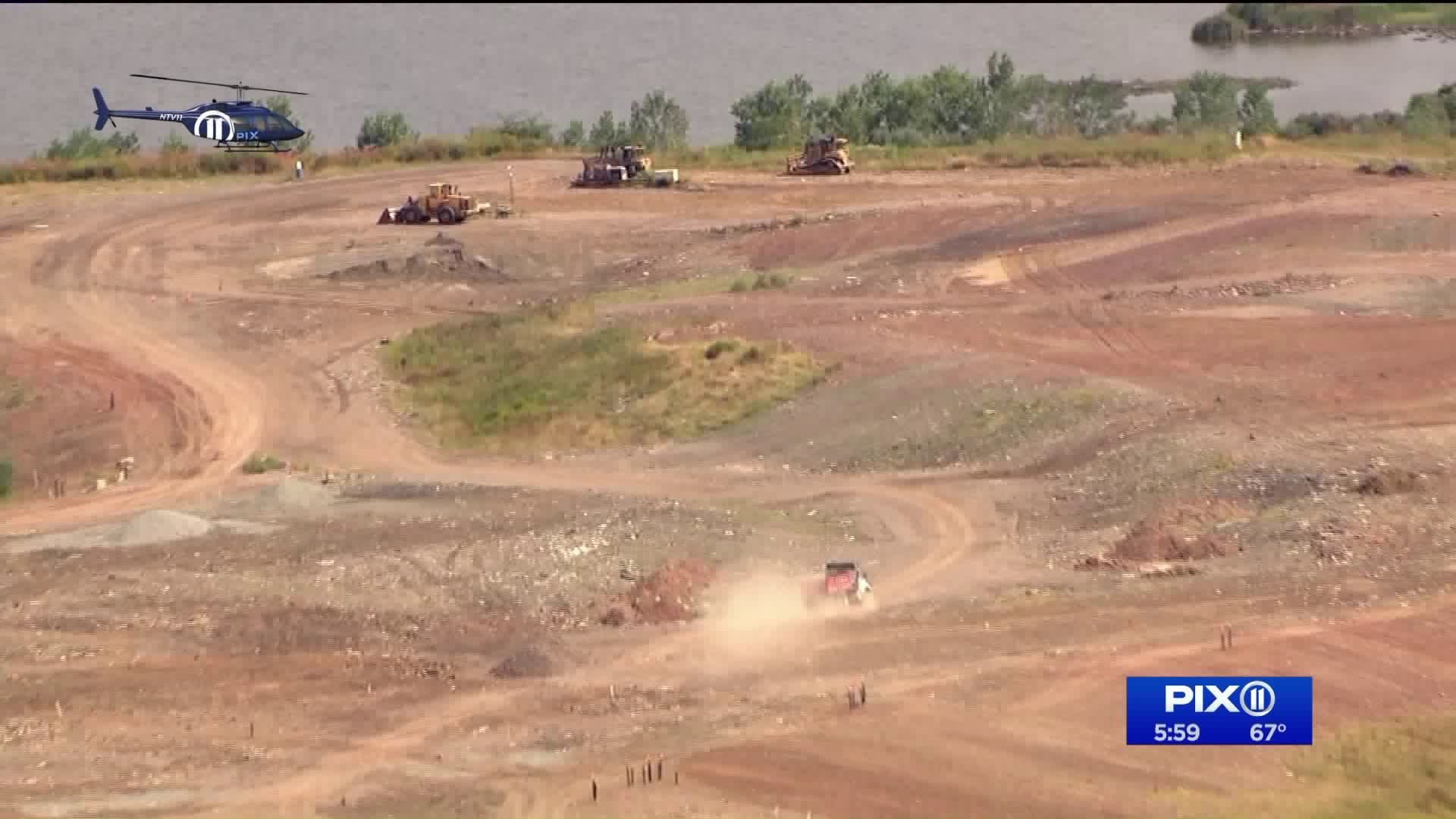 A New Jersey state authority had to cancel their monthly meeting after a threat of violence amid a controversy over a still-open landfill.

KEARNY, N.J. — A New Jersey state authority had to cancel their monthly meeting after a threat of violence.

The New Jersey Sports and Exposition Authority runs the Keegan Landfill in Kearny, which has been emitting toxic fumes into nearby neighborhoods.

Protests were expected at Tuesday's 10 a.m. meeting, following the evacuation of children from a soccer field on Monday night.

"It’s just not acceptable for our children to be living this way," said Cristina Montague, a mom and a Kearny resident. "They can’t even play their sport."

Harvey Field in Kearny is home to soccer and baseball fields. The landfill sits on a hill overlooking the children's play area.

Seeping out of the landfill is hydrogen sulfide, an invisible and toxic gas.

"There is a gas capturing system but we are still dealing with exceedences to the point where Harvey Field on Monday was shut down in the middle of games and the children were evacuated," said Montague.

Parents fear for their children’s health. People here have been pushing for a year now to have Keegan closed.

"The Governor is the only one at this point that can say 'Kearny I hear you and I am going to stop all dumping'," said Kearny Councilwoman Carol Jean Doyle. "We will continue to attend the NJSEA monthly meetings until the Keegan landfill is closed."

The gas coming off the landfill — which smells like rotten eggs — can cause issues to your eyes, respiratory or nervous systems.

But the smell alone can’t foretell danger. The town has installed two air monitors and Keegan has their own system to alert for spikes.

On Monday, a spike to 30 parts per billion closed down the soccer field, but levels had been recorded earlier that day as high as 200 ppb. The town goes on alert at 15 ppb.

"The landfill must be closed and an impermeable cap must be installed over the entire landfill," added Montague.

Earlier this month, Keegan Landfill did deploy a gas control system but a spokesman cautioned:

“The system is currently in a shakedown period, during which it will be adjusted carefully to ensure efficient collection of landfill gas, taking up to a few weeks to be fully balanced.”

Residents plan to attend and protest the next scheduled meeting. They’re also waiting on a decision from a Hudson county judge after they filed a lawsuit earlier this summer to shut the landfill down.