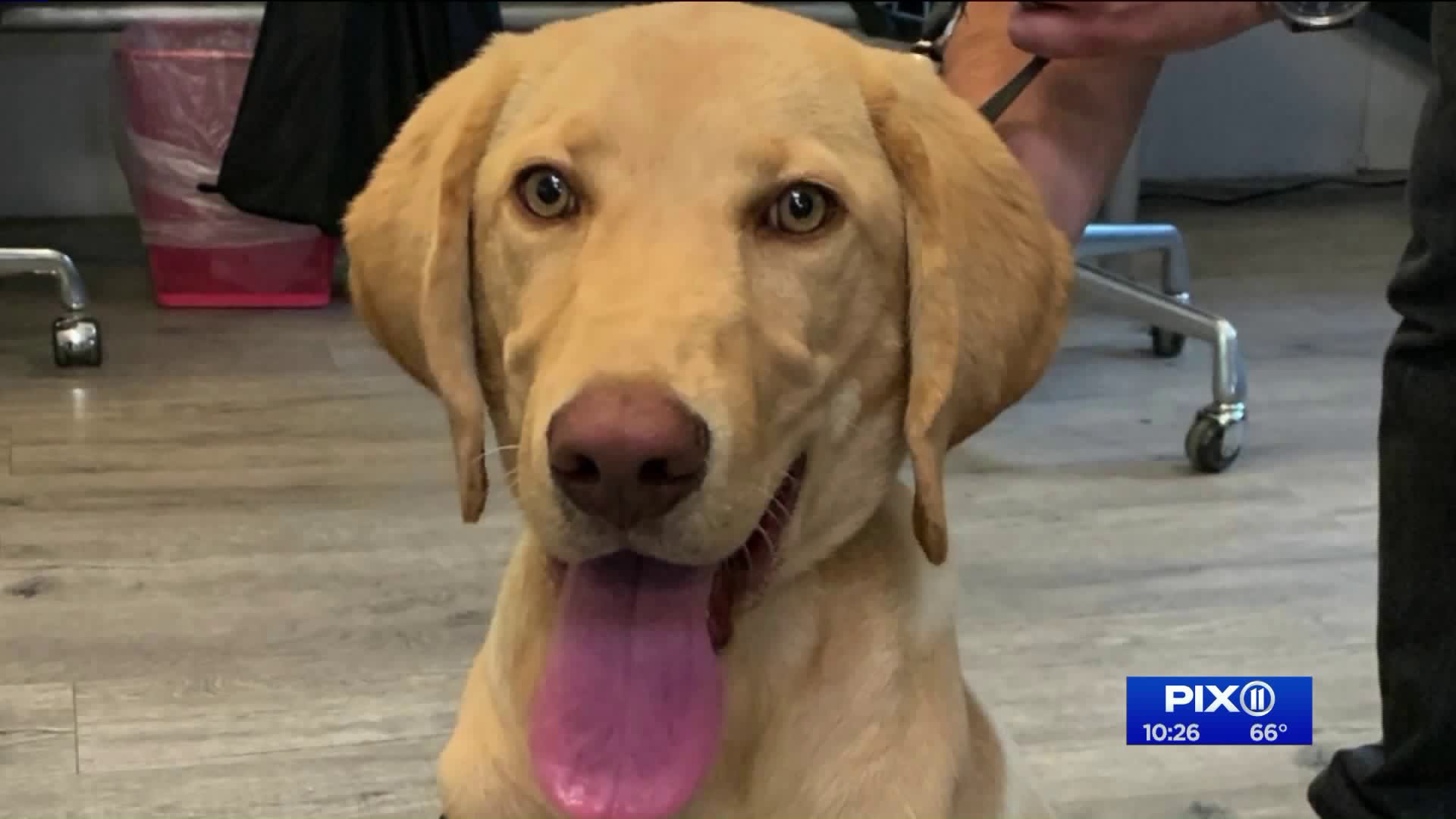 It is a classic case of "no good deed goes unpunished." A man and his co-workers saved an apparently abandoned lab puppy, but they have been criticized for fundraising to pay the pup`s medical bills.

PARK SLOPE, Brooklyn — It is a classic case of “no good deed goes unpunished.”

They named the dog Monte.

A man and his co-workers saved an apparently abandoned lab puppy, but they have been criticized for fundraising to pay the pup’s medical bills.

Luke Perrin was walking to work Monday when he spotted the crowd gathered around the dog. The pup had been tied to a post on Carroll Street an hour earlier by a person who saw him roaming the neighborhood, hoping a potential owner might claim him. He had a leash, but no tags.

Perrin volunteered to take him to his Square Design office up the block. The office team dubbed the dog Monte for the famous restaurant on the street where he was found.

“We were going to take him to the vet to check for a chip, but first fed him and gave him some water,” he said. “That’s when he started vomiting uncontrollably, so we rushed him to the vet.”

An X-ray revealed Gastric Dilatation-Volvulus, a life-threatening condition where the stomach rapidly expands. The treatment, which will involve several nights at the vet and possibly a surgery, could cost thousands of dollars.

The team at Square Design didn’t hesitate and put down a credit card.

The real trouble began when Perrin started a GoFundMe campaign to try and cover some of medical bills.

He posted about it on the neighborhood site Next Door, where people were already talking about Monte. The negative comments began immediately.

“They were questioning my motives, thinking there’s a potential for a scam,” Perrin said. “I then produced all the documentation from the veterinarian clinics. My name wasn’t on them because some of my co-workers took him in while I worked, and that’s where it kind of spiraled out of control a little bit.”

Perrin said he understands no one wanting to be scammed, but feels he has been very transparent about who he is and what he is doing. He’s promising all leftover money, if there is any, will go to the local humane society.

“People are still out there who want to do the right thing,” Perrin said.