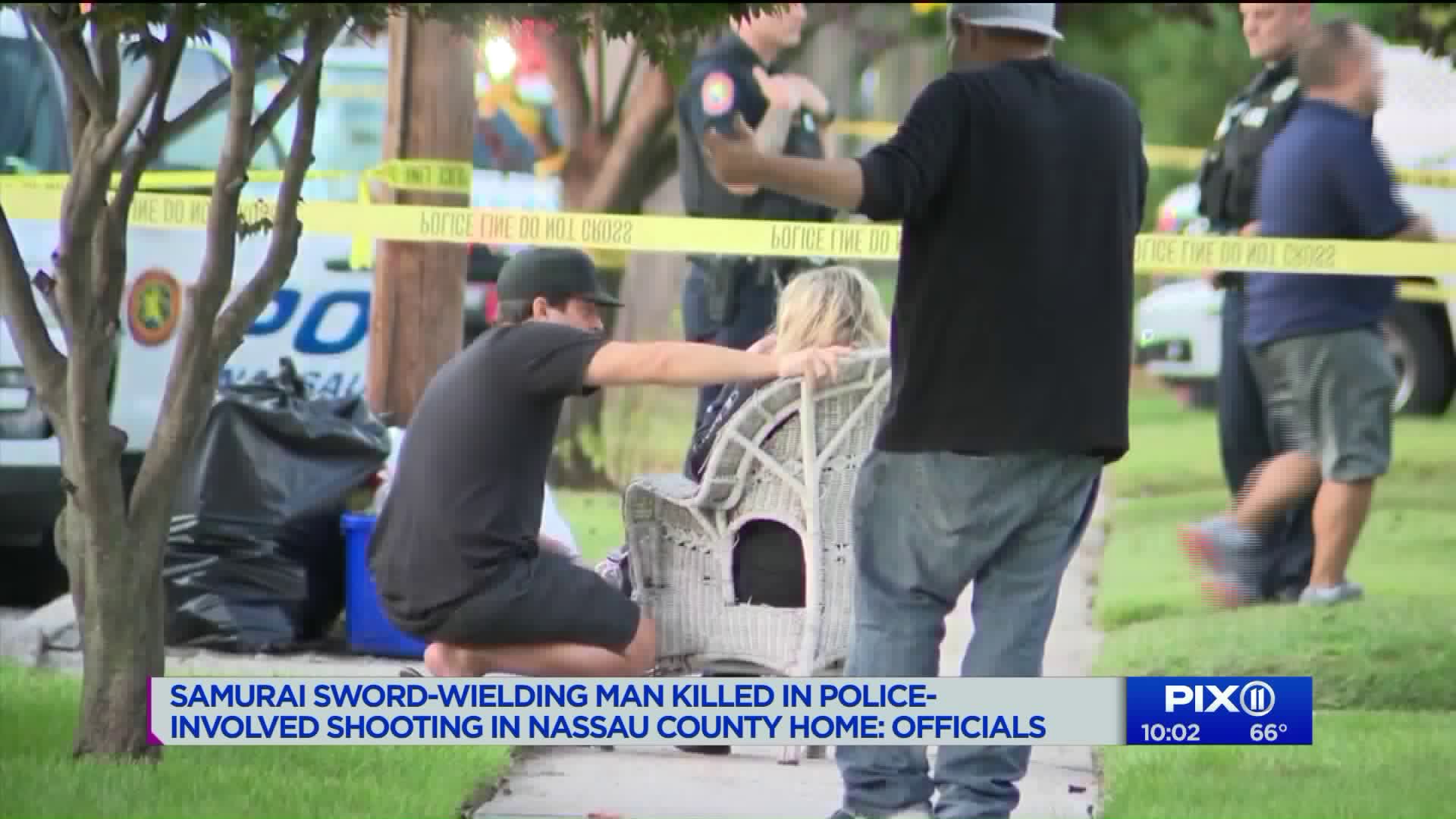 A man with multiple knives, including a samurai sword, was killed in a police-involved shooting in an Oceanside home on Tuesday, police said.

OCEANSIDE, L.I. — A man holding multiple knives, including a samurai sword, was shot and killed by police in a Long Island home Tuesday, according to officials.

After the 36-year-old man got into a verbal dispute with his dad and sister, the father called 911 around 6 p.m., saying his son was unstable and acting erratically, police said.

While responding officers were interviewing the father in the Columbus Avenue home, the son entered the room holding multiple knives and then a samurai sword, police said.

Cops told the man to stop and to drop the weapons multiple times, but he refused and then lunged at the officers, authorities said.

Both police officers discharged their weapons when the man lunged toward them, officials said.

The cops performed CPR on the man at the scene and called for medical assistance, police said. He was rushed to a local hospital where he was pronounced deceased just before 7 p.m.

The name of the knife-wielding man has not yet been released.

An officer was also injured in an accident on the way to the scene. The extent of the officers' injuries was not immediately clear.