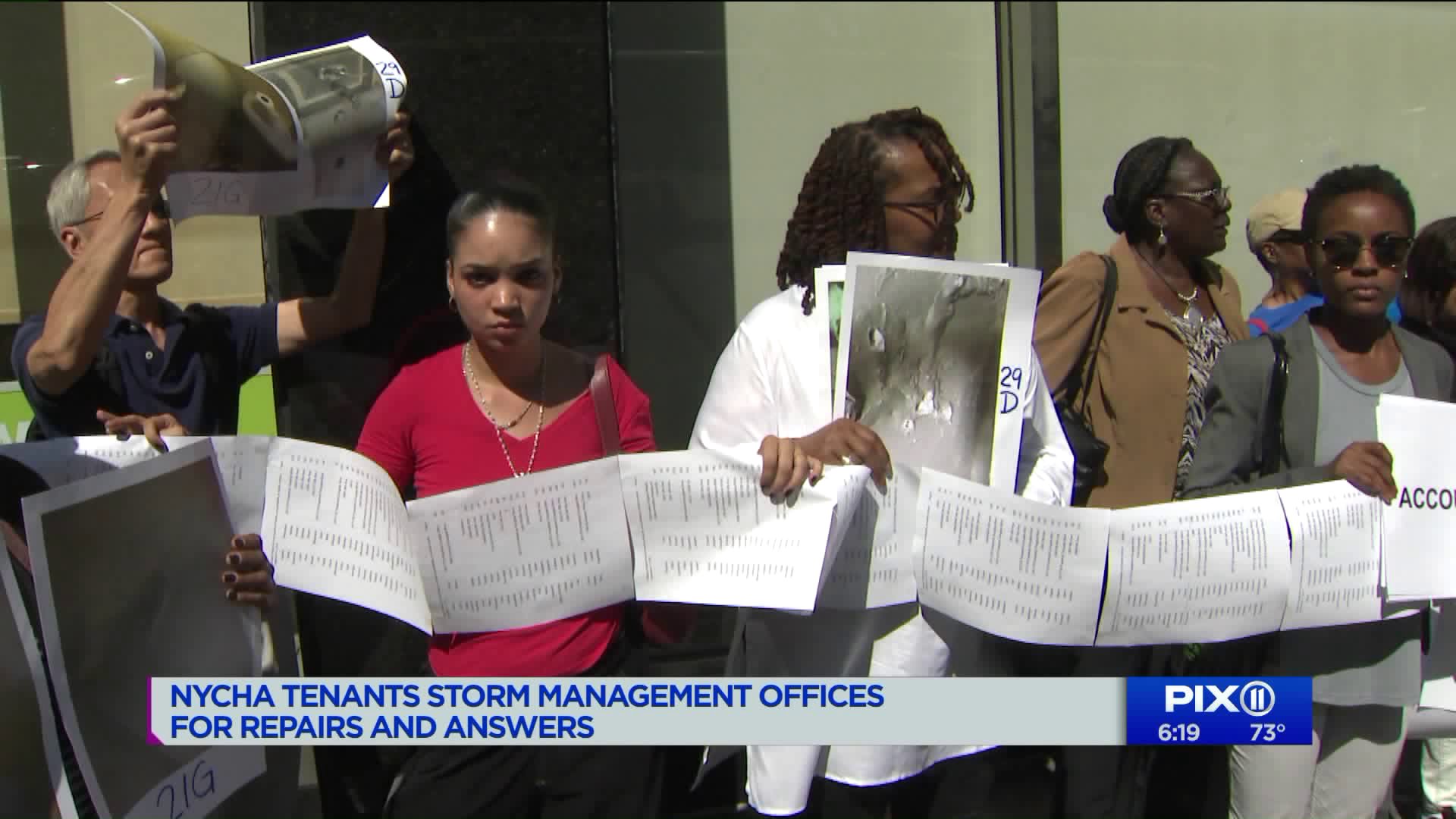 Many at the protest held up pictures of the damage in their homes. The tenants came from around the city, but they all have the same message for NYCHA.

Captured on cellphone video, dozens of angry residents on the 12th floor, where they say NYCHA management have offices. They're demanding change now.

“NYCHA refuses to do repairs, so we are here,” said Darnell Robinson, who lives at Carlton Manor.

Organizers say they wanted a meeting with the NYCHA general manager Vito Mustaciuolo, but they say they were turned away. PIX11 was there when residents came out of the front door disappointed.

Barbara Williams says she has had several meetings with NYCHA management for months now and nothing has happened. Williams lives at the Polo grounds in Harlem.

“They have not kept their promise we are tired of talking we want action we will be taking other stronger action” promised Williams.

“NYCHA values its partnership with Community Voices Heard and appreciates its efforts to serve the residents of Polo Grounds Towers," a NYCHA spokesperson said. "We apologize to our residents for the delay, but NYCHA will complete outstanding repairs as quickly as possible. The Authority will continue to meet with Community Voices Heard and resident leadership as we work to address the needs of Polo Grounds Towers.”