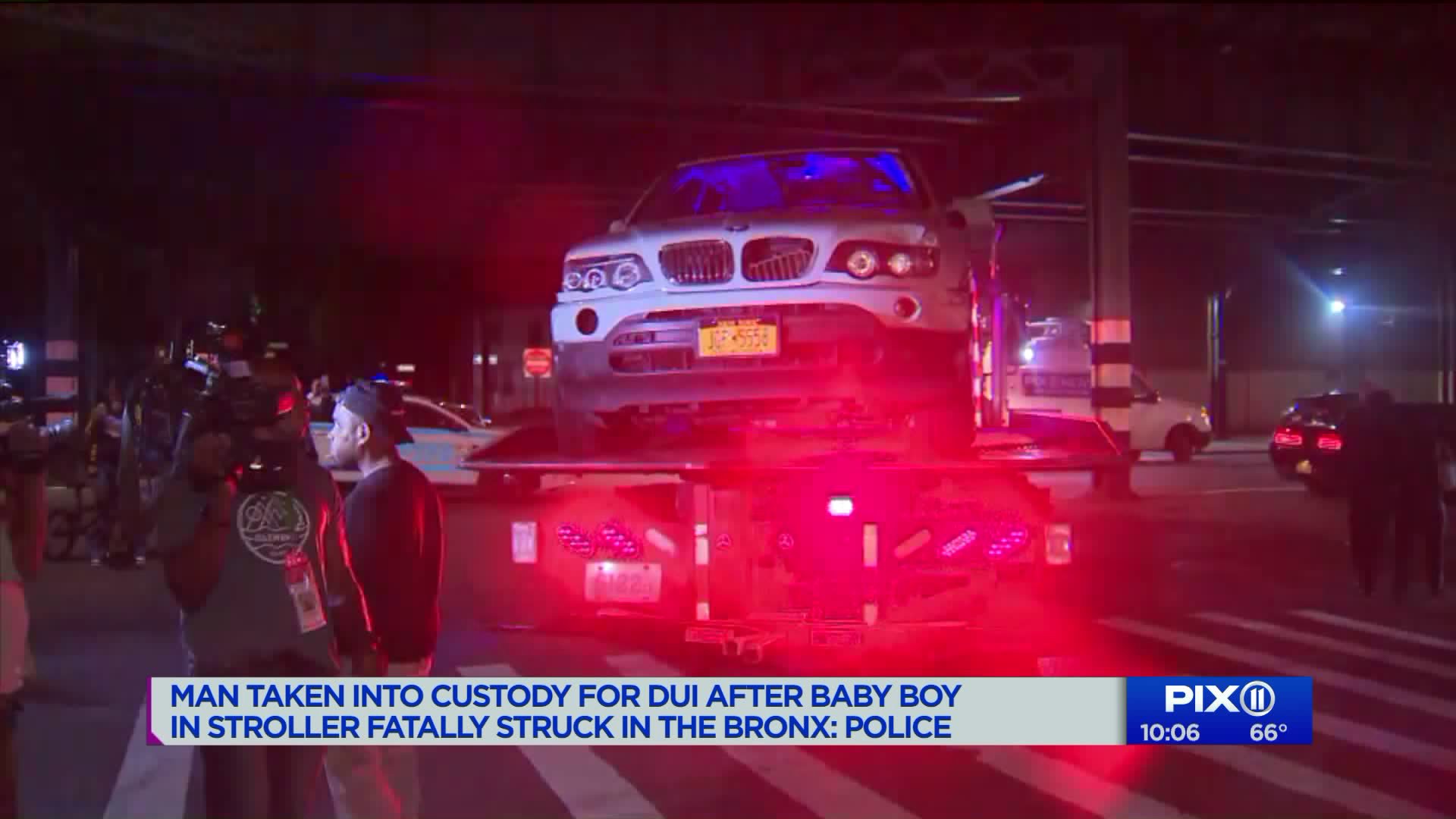 A baby girl was fatally struck in the Bronx on Tuesday afternoon, sources said. 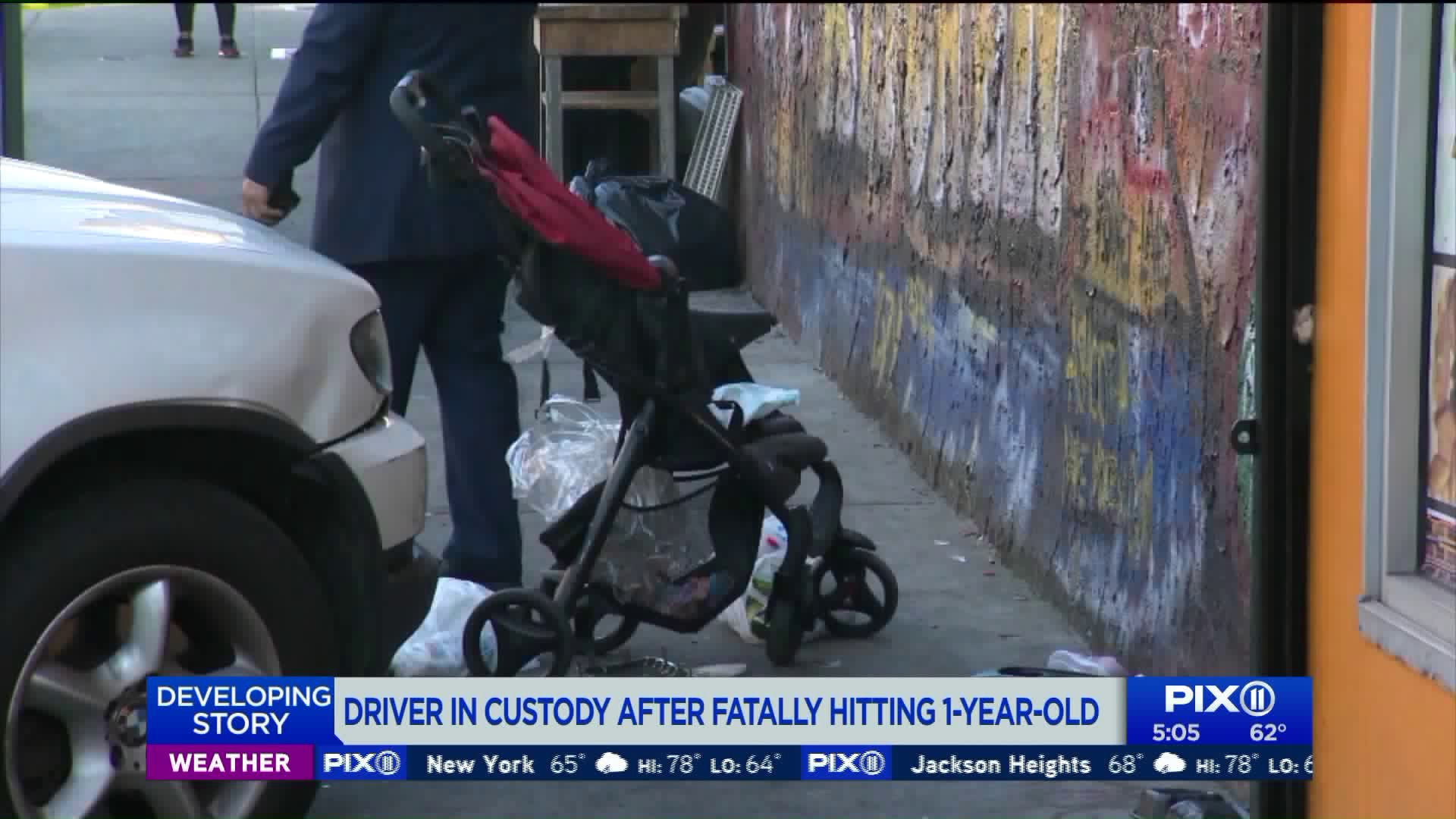 OLINVILLE, the Bronx — A baby girl was fatally struck in the Bronx on Tuesday afternoon when a vehicle jumped a curb, according to police.

Authorities said the 22-year-old driver, Kier Boneparte of Staten Island, lost control of his BMW SUV around 4 p.m. as he turned right from White Plains Road onto East 215th Street and then jumped the curb.

Boneparte's SUV first struck a parked, unoccupied vehicle before hitting the 1-year-old girl sitting in her stroller, pinning her against a wall, police said.

Witnesses say the mother took her baby, Djeneba Magassam in a private vehicle to the hospital where the baby was pronounced deceased. The FDNY responded around 4 p.m., but the child was already gone.

Boneparte was taken into custody at the scene and is now facing charges including reckless driving, motor vehicle failed to yield to pedestrian causing injury, operating a motor vehicle without insurance, and driving without a license, police said.

Authorities said Boneparte was given sobriety tests but none of the charges filed against him indicate he was driving intoxicated.

Video from the scene shows a white vehicle partially on the sidewalk.

Editor's note: An earlier version of this story reported, per law enforcement sources, that the driver had been taken into custody for DUI, however his charges at this time do not reflect that.