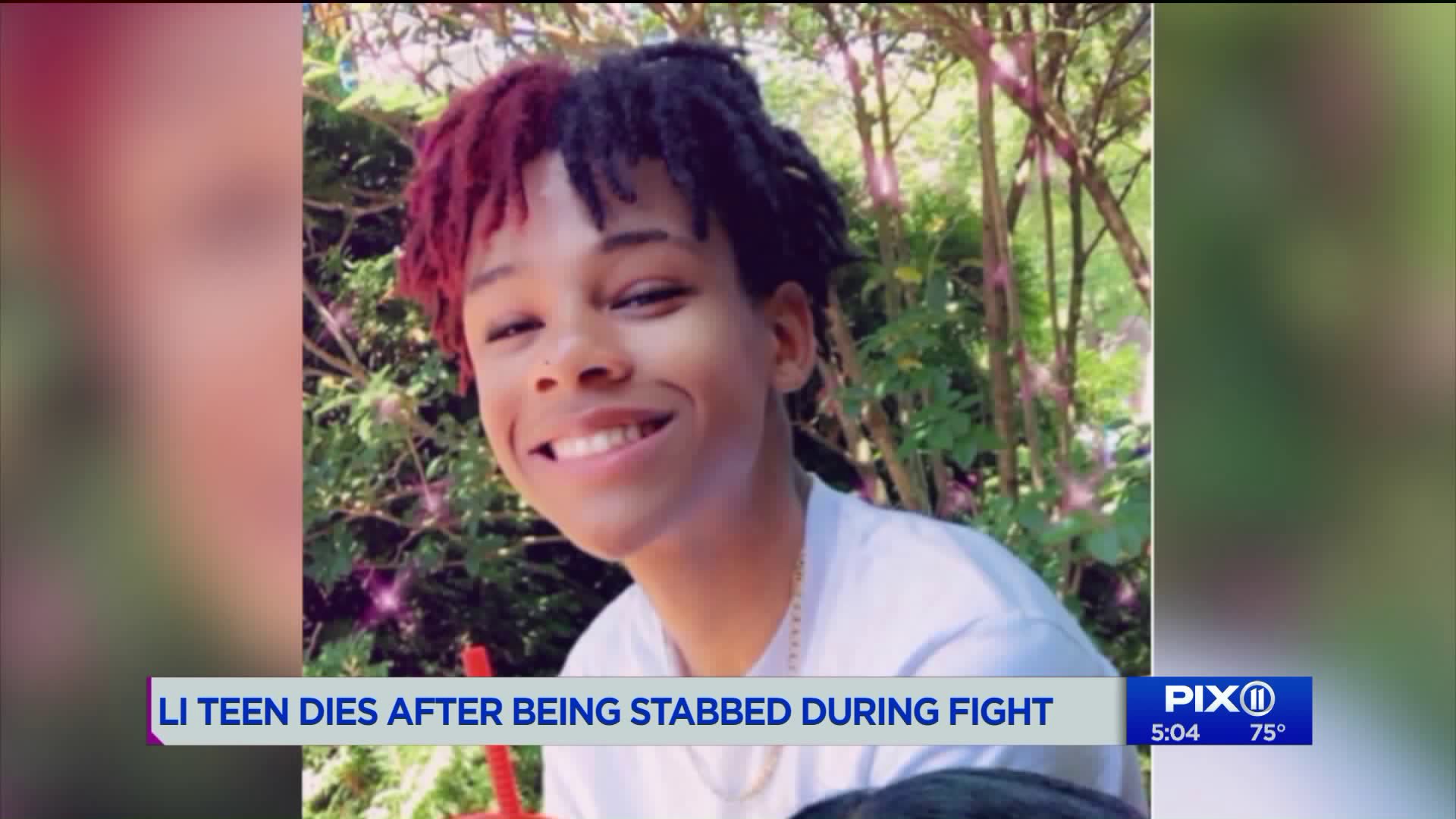 A teenager was stabbed to death during an after-school fight in Oceanside that happened in front of dozens of fellow students many of whom allegedly filmed the attack that left another teen injured, police said Tuesday.

OCEANSIDE, N.Y. — Police say they're closing in on suspects who stabbed a teenager to death here during an after-school fight. It happened in front of dozens of fellow students, many of whom allegedly filmed the attack, which left another teen injured, police said Tuesday.

"There's got to be about 50, 60, 70 kids here," said Detective Lt. Stephen Fitzpatrick, the commander of the Nassau County Police Homicide Division at a news conference at the crime scene on Tuesday morning. "We have a handful of kids that have come forward who have identified people involved in this."

"They videoed his death instead of helping him," Fitzpatrick added, "so anybody that has video or has first hand information, come forward."

The massive brawls happened around 3:45 p.m. on Monday.

Police rushed to the strip mall on Brower Avenue after receiving 911 calls about a large group of teens fighting.

When officers arrived, they found Khaseen Morris, 16, stabbed in the chest. He was rushed to the hospital in critical condition, and later died.

"He loved photography," said Morris's sister, Keyanna, in an interview with PIX11 News. "He loved art, he loved drawing, he loved reading. He loved his skateboard!" she exclaimed.

"He loved his family," she added, choking back tears.

The fight erupted after a large group of teens had gotten out of nearby Oceanside High School, where Khaseen had just transferred this school year. According to police and his family, he'd been told someone was looking for him, regarding a girl he'd befriended.

"He thought someone just wanted to fight him, over a girl," said his sister. Police confirmed that, as well. "He said, 'I'm friends with everyone, and I don't even look at her that way.'" Khaseen's sister said.

Another teen, 17, suffered a broken arm and swelling to his head during the brawl, police said. He was also hospitalized. Others sustained minor injuries.

No arrests have been made yet, but police said they expect arrests shortly.

"We have identified several members of this group," Lt. Fitzpatrick said. "We're just gathering evidence ready to arrest them, [and] bring them to justice."

"I just hope they get caught," said Keyanna Morris, the victim's sister. "I hope they get everything they deserve, because you guys took my brother away from me."

She called her slain brother "my mom's baby, her youngest child."

Anyone with information is asked to reach out to police by calling Nassau County Crime Stoppers at 1-800-244-TIPS.