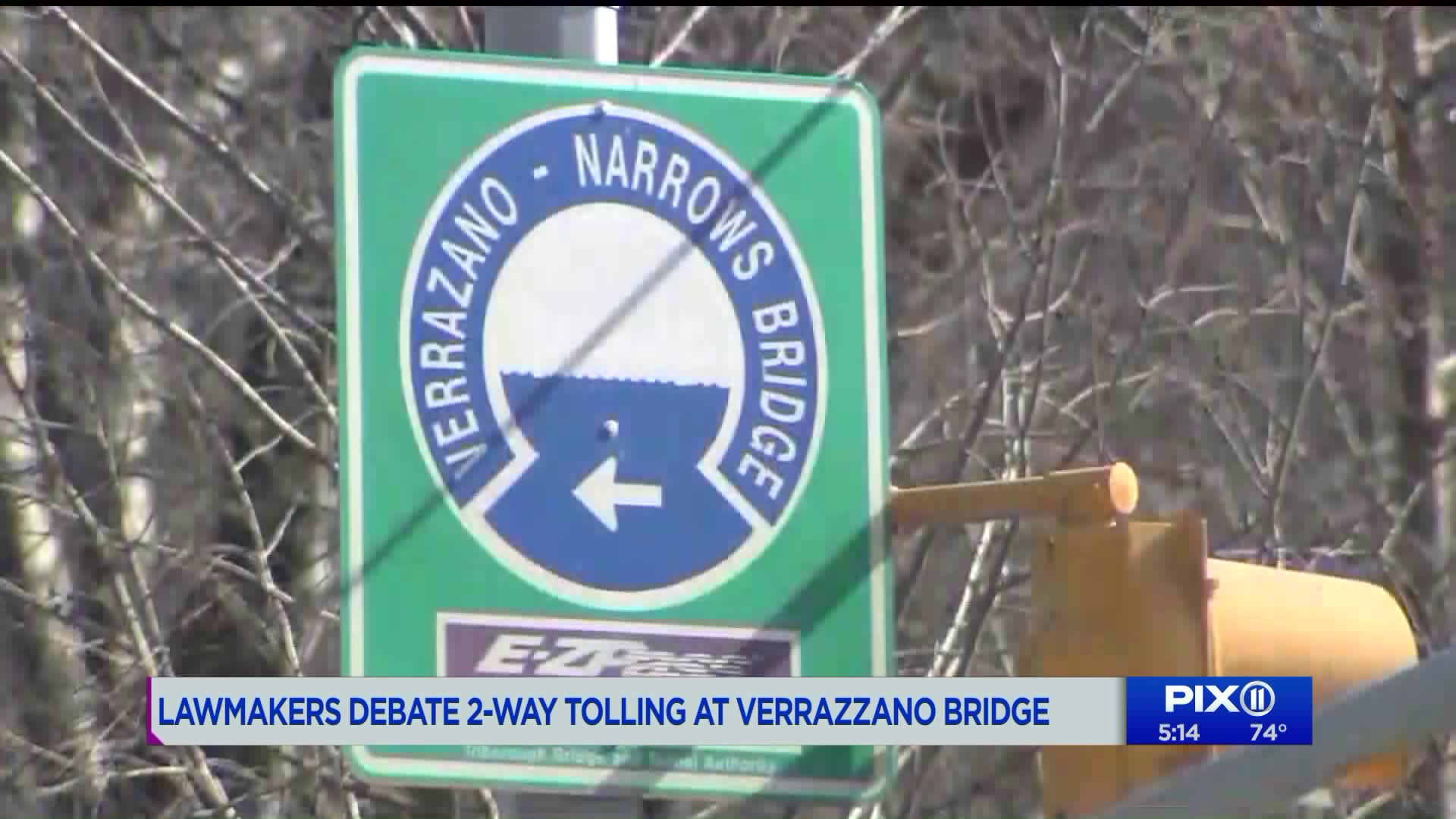 The Verrazzano Bridge -- a lifeline between South Brooklyn and Staten Island. But a ride on this bridge will cost you, the one-way toll from Brooklyn to Staten Island is $19. Now, some want to make it both ways.

The debate is brewing over a plan to return two-way tolling to the Verrazzano Narrows bridge.

The bridge currently features at $19 toll traveling form Brooklyn to Staten Island, but the return trip is free.

Earlier this year several members of Congress proposed splitting the $19 toll and charging half of the cost each way.

“It’s not really going to benefit your local commute or your commute into Manhattan,” Malliotakis explained.

Malliotakis tells PIX11 the report found traffic would only move faster around the bridge during the morning rush hour by less than one mile per hour and lead to more traffic in the evening return from Staten Island.

“What it is going to do is put $12 million into the MTA’s pockets,” Malliotakis explained.

Congressman Max Rose, who led the effort to bring split tolling to the Verrazzano-Narrows Bridge, noted that congestion the split tolling would significantly reduce congestion.

"The facts are clear: congestion would decrease with 4,000 fewer cars and trucks crossing the Verrazzano each day—88 percent of which coming from out of state—all without residents paying a cent more. Malliotakis can cherry pick stats, ignore facts, and come up with conspiracy theories all she wants, but the fact is she supported this plan before she opposed it, and in her ten years in the Assembly she hasn’t been able to decrease congestion or lower tolls one cent."

The agency expects the extra revenue to come from closing the loophole where drivers can ride into Brooklyn for free and then use other less expensive roadways for their return trip.

In a statement to PIX11 the MTA said the agency “supports the efforts to restore split tolling at the Verrazzano Bridge. Given today’s technology, there is no reason to require tolls only in one direction on this important crossing.”